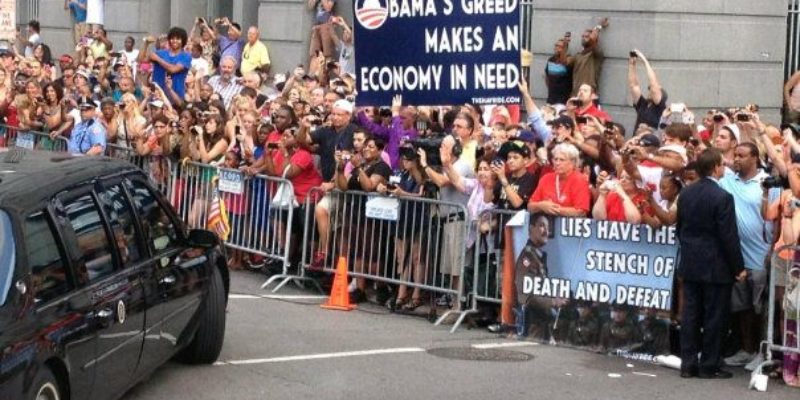 …it really wasn’t much of a protest.

We’re not exactly the Chicago 7 or Occupy Wall Street here. Plus, it rained most of the afternoon, which probably cut our group in half.

But what we are is a crafty group. Opportunists, one might say.

And so we staked our small gang out on a nice street corner we knew Obama’s limousine would pass by, and we set up some nice visuals. Then we got somebody to shoot those visuals. Like a triangulated crossfire of public relations ammunition, one might say.

It worked. We got this right at the corner of Iberville and Decatur, outside the House of Blues… 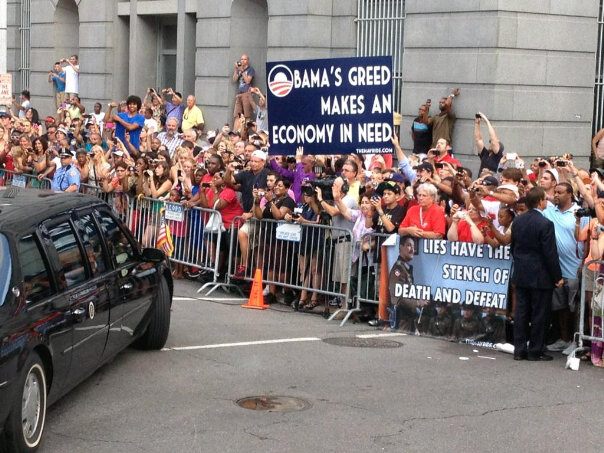 The look was, “Aw, man. Really?” Like a dejected, this-sucks kind of look. An “I got the strategically-placed-right-wing-nuts-blues” kind of look. Never will forget that.

UPDATE: By the way, photo credit for this goes to one Austin Stukins.