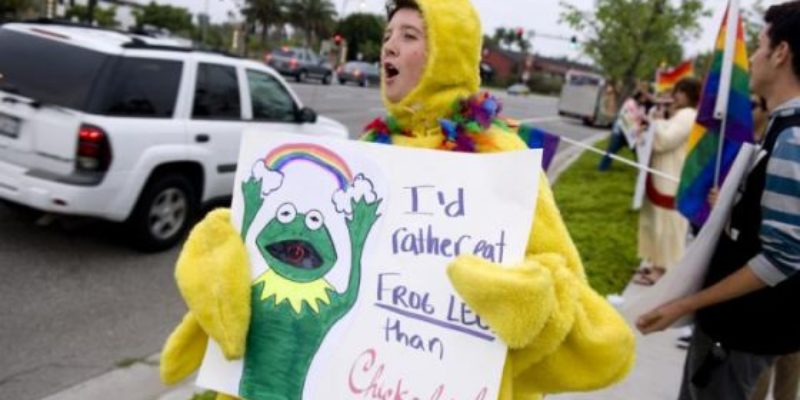 If you watched any news coverage over the last few days—aside from the Olympic Games and having to look at the orange-haired freak from Colorado sitting in court—you could tell that the Main-Stream-Media has been working hard to bring you the stories that touch your lives.

Not the least of these—not the least, by a long-shot—is the backlash against Chick-Fil-A in the wake of CEO Dan Cathy’s comments that he doesn’t believe in gay marriage:

The Chick-Fil-A controversy created a firestorm of protests nationwide in which thousands—or maybe even dozens—took the street to protest the hate-mongering fast-food chain. Yeah, it was at least dozens.

Here are some photos of demonstrators captured by the media in this all-important “food fight.”: 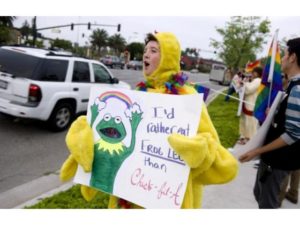 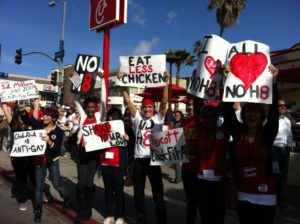 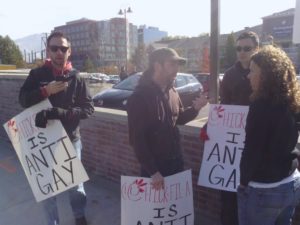 Man, just look at those crowds! Even Kermit has cut ties with Chick-Fil-A? That’s gotta be a blow. No wonder the media has been all over this thing.

Meanwhile, there was a little thing going on out in Dallas this weekend called Restoring Love that filled Cowboy Stadium, as ten-of-thousands of people from all over the country gathered—not in protest, but to participate in three days of community service.

The event, in which over a million meals were donated to low-income Americans and 14 rigs filled with food were dispatched nationwide, was put together by Glenn Beck. Here are some pictures of the Restoring Love crowds, though they didn’t come from the media: 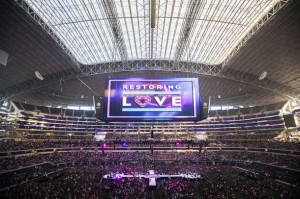 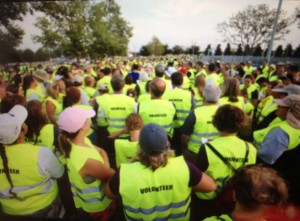 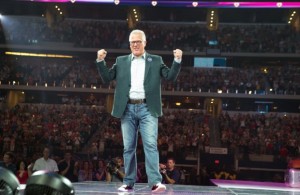 Didn’t see coverage of this event—the largest non-crisis relief effort in American history—over the weekend? That’s strange, there had to be some.

C’mon, roll out that MSM footage:

Yeah, well that was about it…Now, back to our correspondent standing in front of a Chick-Fil-A in Des Moines, where three members of the LGBT community are warming up for next Friday’s “kiss-in”—provided, of course, that they can figure out how to make-out while wearing giant chicken suits.


Interested in more national news? We've got you covered! See More National News
Previous Article BAYHAM: Standing Up For Chick-fil-A And Freedom
Next Article Looks More And More Like LSU’s About To Bring In Penn State Transfer QB Rob Bolden