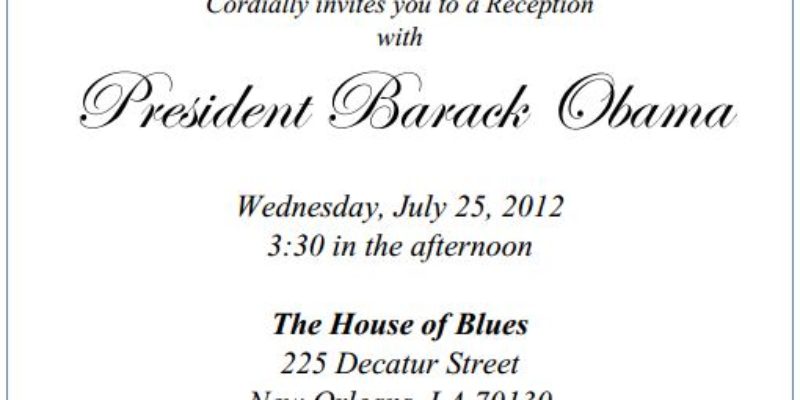 There’s a terrific line in that movie that we quote once in a while here at the Hayride. It’s from the scene where, after a series of ambushes by Patrick Swayze and the rest of the high school kids beat up the invading forces, the new Russian commander Col. Strelnikov is giving his “lay down the law” speech  on how to deal with them.

And he criticizes some of the crap his side is telling itself about how well the commies are doing in World War III.

And then the quote…

“Reports are telling me that zones of pacification are expanding, that we are on the verge of defeating the enemy. These are tactics of the lie. Lies have the stench of death and defeat.” 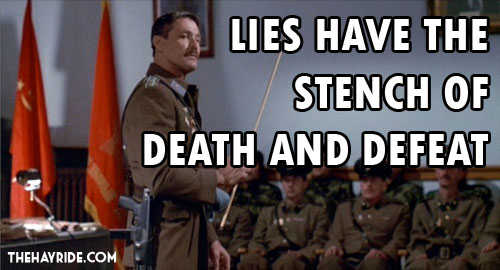 That came to mind today when we saw this…

Lies have the stench of death and defeat.

What did Obama actually say, and what context did he actually say it in? From the official transcript of his catastrophic Roanoke speech on Friday the 13th of this month…

I’ve got a different idea.  I do believe we can cut — we’ve already made a trillion dollars’ worth of cuts.  We can make some more cuts in programs that don’t work, and make government work more efficiently.  (Applause.)  Not every government program works the way it’s supposed to.  And frankly, government can’t solve every problem.  If somebody doesn’t want to be helped, government can’t always help them.  Parents — we can put more money into schools, but if your kids don’t want to learn it’s hard to teach them.  (Applause.)

But you know what, I’m not going to see us gut the investments that grow our economy to give tax breaks to me or Mr. Romney or folks who don’t need them.  So I’m going to reduce the deficit in a balanced way.  We’ve already made a trillion dollars’ worth of cuts.  We can make another trillion or trillion-two, and what we then do is ask for the wealthy to pay a little bit more.  (Applause.)  And, by the way, we’ve tried that before — a guy named Bill Clinton did it.  We created 23 million new jobs, turned a deficit into a surplus, and rich people did just fine.  We created a lot of millionaires.

If you were successful, somebody along the line gave you some help.  There was a great teacher somewhere in your life.  Somebody helped to create this unbelievable American system that we have that allowed you to thrive.  Somebody invested in roads and bridges.  If you’ve got a business — you didn’t build that.  Somebody else made that happen.  The Internet didn’t get invented on its own.  Government research created the Internet so that all the companies could make money off the Internet.

The point is, is that when we succeed, we succeed because of our individual initiative, but also because we do things together.  There are some things, just like fighting fires, we don’t do on our own.  I mean, imagine if everybody had their own fire service.  That would be a hard way to organize fighting fires.

So we say to ourselves, ever since the founding of this country, you know what, there are some things we do better together.  That’s how we funded the GI Bill.  That’s how we created the middle class.  That’s how we built the Golden Gate Bridge or the Hoover Dam.  That’s how we invented the Internet.  That’s how we sent a man to the moon.  We rise or fall together as one nation and as one people, and that’s the reason I’m running for President — because I still believe in that idea.  You’re not on your own, we’re in this together.

Perhaps the rubes who support this man could take this “collective salvation” nonsense and derive from it what Obama now claims to have said.

But his background as a red-diaper baby and his serial association with hard-core communists tells us that these are tactics of the lie.

And Lies have the stench of death and defeat.

Well, tomorrow afternoon, this man will take his boob-bait campaign to New Orleans, where he will pump the local swells for big dollars at a swanky affair at the House Of Blues… 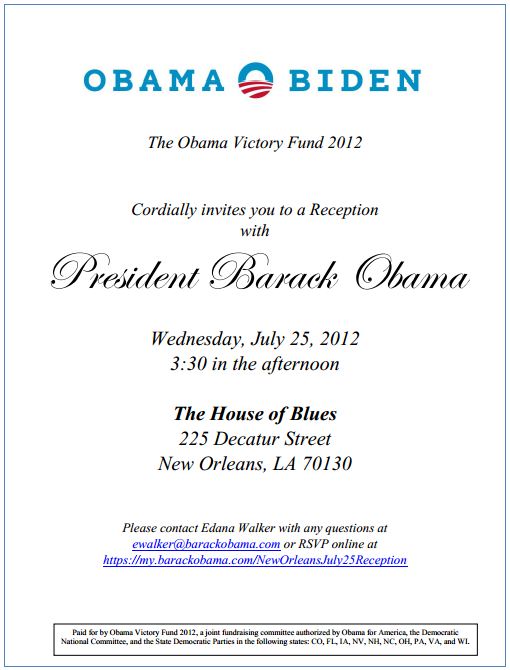 They want a minimum of $250 just to get in the door of this thing. Whether they take food stamps, Greek drachmas or Solyndra company scrip is a question we can’t answer at this point.

Well, as it turns out the Obamites aren’t the only people who will be on hand tomorrow afternoon.

And we’ll make some noise. We’ll tell the world that Obama’s greed makes an economy in need, and that’s something America won’t stand for.

We’ve had enough of the stench of death and defeat from this president. If you feel the same way, join us outside the House of Blues in New Orleans at 3:00 tomorrow.