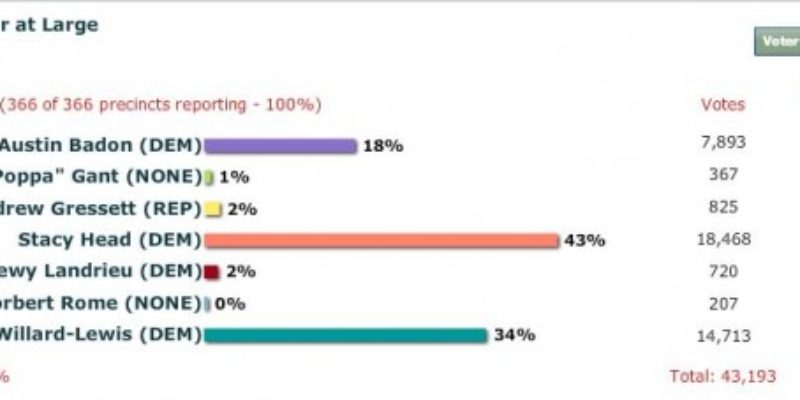 UPDATE: We have our Democrat in Lake Charles. His name is Ron Richard, and he’s indeed a trial attorney with a shingle in Calcasieu.

How big a splash he’ll make will be interesting. Certainly somebody will bring this up…

A preliminary settlement has been reached by former patients of Dr. Peter LaFuria and his insurance companies, an attorney for the patients said.

The insurance companies have agreed to pay a total of $150,000, attorney Ron Richard said Tuesday.

LaFuria, a former Lake Area gynecologist, was arrested in 2007 and accused of taking photographs of the genitals of patients.

In Dec. of 2007, patients reached a class-action settlement and received $3.75 million of LaFuria’s personal assets. Richard said that money was shared by 632 women.

The terms still have to be approved at a fairness hearing on Oct. 27, Richard said.

Because the money is a relatively small amount to be divvied up among the victims, the bulk of the money will be donated to Oasis, the Calcasieu Parish women’s shelter, and the rest to the local sexual assault response team, Richard said.Attorneys for the insurance companies declined to comment.

He said the women have the right to opt out of the settlement.

In August 2007, LaFuria was indicted on 269 felony counts, including five counts of molestation of a juvenile. Some of the women also allege LaFuria touched them inappropriately.

But he sure wouldn’t uncork the line until and unless Richard made the runoff. That much is clear. Boustany’s going to have to carry that load, which as a doctor he certainly will. One can envision Richard ripping into the Republicans for wanting to kill Medicare and Gov. Jindal refusing the Medicaid expansion, while Boustany rips Richard as one of the scum-sucking bottom-feeding ambulance chasers who drive up the cost of health care with bogus lawsuits that don’t help anybody but the

Additionally, there’s another Republican in the race against Cedric Richmond. Dwayne Bailey, a black conservative out of Donaldsonville, has jumped in; Bailey is a supervisor at the Shell/Motiva plant in Convent, and he lost a 58-42 runoff race to Ed Price in House District 58 last year. He’s since recast himself as a Republican.

And Greg Gaubert, an independent from Thibodaux, is now the fifth candidate in the Public Service Commission District 2 race. 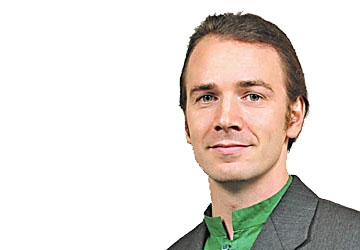 ORIGINAL:…although it doesn’t appear there is much progress to report where actual competitive elections are concerned.

Perhaps the most interesting news is that we now have a Democrat in the Public Service Commission District 2 race.

So Forest Wright getting into the race and listing his home address as being in New Orleans is no problem, right? #lademosfail

Can’t wait to hear the explanation for that one.

We applaud his entry into the race, though he’s going to have a hell of a time building a base of support. State law says if he wins he’ll have six months to move into the district, which isn’t all that big a deal since he lived in Oregon until he carpetbagged it down to New Orleans after the hurricane. What’s a few extra miles?

If he wins, of course.

Mr. Bradley-Wright has advanced a broad set of programs to catalyze market transformation in the areas of energy efficiency, green building, and solar technology since Hurricane Katrina. He has been a leader in major policy initiatives including New Orleans’Energy Smart program and DOE’s Solar America City initiative.  Starting with the organization of the annual BuildSmart Expo as a showcase for energy efficiency, green building and solar technology, an event that has drawn thousands of interested homeowners and builders, he has transformed it into an educational facility called the BuildSmart Learning Center that the Alliance operates year round. Utilizing volunteers, he directed a project to install radiant barrier, weatherization, and other efficiency improvements in over 100 homes in low-income households throughout the city.

The other big story out there is a rumor that a big-money Democrat trial lawyer from Lake Charles is about to jump into the LA-3 House race, where Jeff Landry and Charles Boustany are set to do battle with a couple of minor candidates, Republican doctor Bryan Barrilleaux of Lake Charles and Libertarian Jim Stark of Lake Charles. That would mean a five-way race and Lake Charles, which Boustany is counting on as a bulwark against Landry, becoming more of an open city. A Democrat in the race isn’t what Boustany wants, either, as part of his strategy is to appeal to Democrats against the Tea Party favorite Landry.

There is a slice of conventional wisdom which says that a well-funded Democrat who can draw that party’s voters could squeeze Boustany out of a runoff, since while Boustany has more votes than Landry his support isn’t deep and passionate like Landry’s is. We’ll see whether that’s true; either way, if these rumors pan out today Landry’s camp will be happier about it than Boustany’s.

As it happens Steve Scalise has a Democrat challenger as well. We give you Vinny Mendoza of Pontchatoula. He seems like a cool guy, but the guess here is you’re not going to unseat Steve Scalise with this message…

Organic aquaponic food production is the healthiest, most secure and fastest way to create jobs, protect the environment, fight child obesity, best food security and food justice for the reduction of world hunger!

This isn’t Mendoza’s first trip to the well. He got beat in the Democrat primary by Jim Harlan by a 73-27 margin in 2008, back when Louisiana had party primaries for congressional races.

And there’s a fourth Democrat in the Congressional races (the Lake Charles candidate-to-be-named-later-today, Mendoza and the incumbent Cedric Richmond being the other three)…

And yes, he’s one of those Landrieus. He’s Mitch’s cousin.

He won’t win. He ran as an at-large candidate for the New Orleans City Council at-large seat back in March, and it didn’t go well…

In other words, since we called the Dems out earlier this week for their failure to produce a candidate they’ve responded with a Landrieu in the one district they do hold, aquaponics and a plaintiff lawyer.

Meanwhile, there are Libertarians running in every district but the one Scalise holds. Including Caleb Trotter, who does the very fine Nolatarian blog we’ve linked to in the past; Trotter, who is a law student at Loyola, will be in the race against Richmond.

There’s a Republican in that race as well, but if he is who we think he is, conservatives in the district might want to consider supporting Trotter. If we’re to be permitted a bit of potential Brian Ross disease here, Josue Larose might not be what you’re looking for in a black Republican…

A Deerfield Beach man who has formed political groups for supermodels and Taco Bell customers could face more than $2 million in fines from the Florida Elections Commission after being accused of filing false campaign finance reports.

Larose — dubbed in some media reports as “PAC Man”— has created hundreds upon hundreds of political groups within the last four years, swamping elections officials with unprecedented amounts of paperwork.

Now running for U.S. Senate, Larose is prepared to fight the 2,052 violations of state election laws leveled against him by the commission, court records show. He has requested a hearing before a state administrative law judge. Each count carries up to a $1,000 fine.

Larose alleges employees at the Florida Division of Elections orchestrated the case against him because he refused to give them money, according to court documents.

Attempts by the Sun Sentinel to reach Larose, 30, by phone and email were unsuccessful. Officials with the state Division of Elections and the Florida Elections Commission said they could not discuss Larose’s pending case.

The licensed real estate agent has run for a variety of political offices, vying simultaneously in 2010 for governor and seats in the Florida Senate andU.S. House of Representatives. He has called himself a billionaire, economist and lobbyist and a “famous Realtor.”

Larose had formed 40 political parties in Florida — including the American Imperialists Political Party—but a state law enacted last year bars anyone from managing more than one party.

State officials allege Larose failed to open separate bank accounts for about 330 political action committees he created and then falsely reported donations to — groups including the “Billionaire Josue Larose’s Best Friends Committee” and “Florida Economic Elites Political Committee.” He acknowledged in an April interview with a Florida Elections Commission (FEC) investigator that the groups never received any contributions, according to state records.

When it came to his gubernatorial campaign, elections officials became suspicious when among his hundreds of supposed contributors, they saw donors who listed their occupation as “female Catholic priest.” Only males can be priests in the Catholic Church.

In other news, something interesting has developed in the State Supreme Court race to replace outgoing Chief Justice Kitty Kimball – namely, that 19th Judicial District civil court judge Tim Kelley, whose latest ripple in the headlines came from his being the trial judge who refused to give the teachers’ unions an injunction against the implementation of the state’s new school voucher program, has jumped into a free-for-all of a contest. The Supreme Court race now has five Republicans – Kelley, Toni Higginbotham, Duke Welch, Jeff Hughes and Billy Morvant – and two Democrats – John Michael Guidry and Mary Olive Pierson – in the field.

Kelley was thought to be a scratch from the race and a likely supporter of Morvant – who has received LABI’s endorsement. Higginbotham is likely to get support from the trial lawyers. Hughes’ power base comes largely out of Livingston Parish. Guidry, as the sole black candidate in the race, is thought to be a shoo-in for the runoff though whoever gets there with him would be the favorite.