…just show them this. 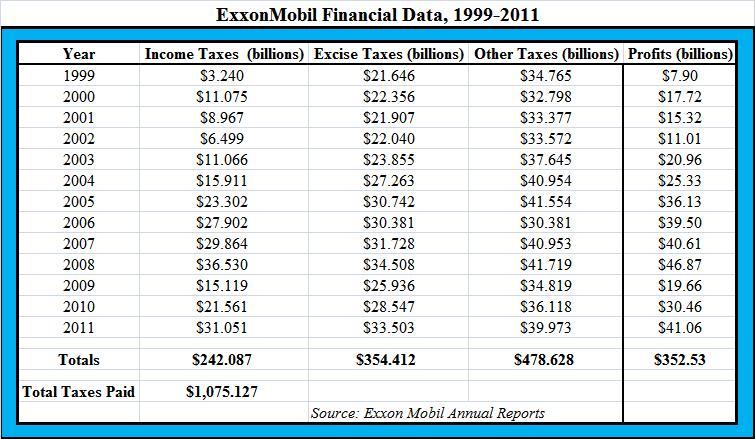 This from a Forbes article from last week suggesting XOM be considered a “taxation hero” for the contributions it has made to the federal till.

The fact is that the federal government makes more money off oil exploration, production and refining than any of the oil companies do, but it’s still not enough for the Left.

And there’s a reason for that. The reason is that in most other countries – the UK, Norway, Russia, India, China, Venezuela, Mexico, virtually everywhere in the Middle East – the oil companies are owned by the government. They aren’t in the United States, and so the privately-owned oil companies have to be demonized.

Don’t let them tell you any different.