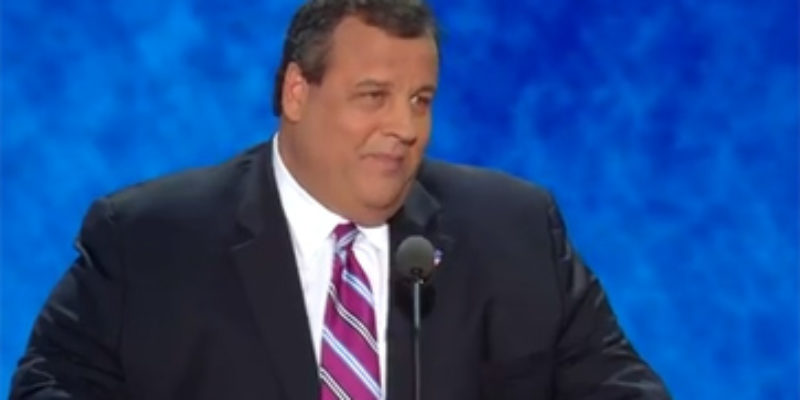 I don’t know that I’ll be able to give these past tonight, as it’s probably a matter of time before the power goes out around here (though strangely enough we’ve yet to get Drop One of rain at Hayride Central as of 11:20 p.m. Tuesday night). But tonight’s speechifying at the RNC in Tampa is worth making a few comments about.

First of all, a bunch of left-wing slimeballs took to Twitter to start a disgusting hashtag: #negrospotting. It was launched, apparently, by Jared Rice, a city councilman and NAACP member from New Rochelle, N.Y.

I’m watching the RNC convention and am looking for black faces but am hard pressed to find them. They say this is called #negrospotting lol.

No sooner did Rice launch that ugly bit of race-baiting, but the GOP sent up Mia Love, the mayor of Saratoga Springs, Utah and a Congressional candidate. Love is young, black, a Mormon, a daughter of immigrants and a hell of a lot more positive and attractive than some blue state machine hack.

And then a little later, former Alabama congressman Artur Davis made his debut as a newly-minted Republican. Davis, who in 2008 was a co-chair of Obama’s campaign, invited other Democrats to switch parties.

Ex-Obama ally Artur Davis — the former Democratic congressman from Alabama who in 2008 gave a speech in support of Barack Obama at the Democratic convention, but has since renounced him — says he feels at home with the Republican Party and is encouraging others to leave the Democratic Party too.

“Thank you for welcoming me where I belong,” Davis told delegates who gave him roaring applause throughout his Tuesday night primetime speech at the Republican National Convention.

He used his speech to encourage “Democrats and independents whose minds are open to argument” to “listen closely to the Democratic Party that will gather in Charlotte and ask yourself if you ever hear your voice in the clamor.”

“Ask yourself if these Democrats still speak for you,” Davis said.

“Now, America is a land of second chances,” Davis said, “and I gather you have room for the estimated 6 million of us who know we got it wrong in 2008 and who want to fix it.”

Davis said Americans supported Obama is 2008 because “no candidate had ever spoken so beautifully,” but said “dreams meet daybreak.”

Davis is black, too. Which makes an idiot out of Rice and the rest of his #negrospotting friends.

The convention also sent up three other speakers of minority heritage – Texas Senate candidate Ted Cruz, Nevada governor Brian Sandoval and Puerto Rico’s First Lady Luce Fortuno. Cruz’ speech was pretty good – not only did he not use a teleprompter, he didn’t even use a podium. In an aggressive, inspirational speech about liberty, he showed why he came from virtually nowhere to emerge as the GOP candidate over heavily-favored David Dewhurst…

Speaking at the Republican National Convention, he decried government dependency and called for individual responsibility.

“Fifty-five years ago, when my dad was a penniless teenager, thank God some well-meaning bureaucrat didn’t put his arm around him and say let me take care of you,” Mr. Cruz said. “Let me give you a government check and make you dependent on government. And by the way, don’t bother learning English. That would have been utterly destructive.”

The other two struggled, it appeared, as many of the other speakers early in the program, with using a teleprompter to deliver their speeches. New Hampshire Senator Kelly Ayotte struggled mightily with a wooden speech, as did Congresswoman Cathy McMorris Rodgers and Oklahoma governor Mary Fallin.

Virginia governor Bob McDonnell also spoke. McDonnell gives a nice speech, but the delivery doesn’t quite match the hair. He’s solid, but he’s another guy who seems chained to a teleprompter. The substance of the speech was quite good, if the delivery was a bit wooden.

Three others spoke as semi-headliners for Tuesday’s program. Wisconsin governor Scott Walker got the most raucous applause, not so much for his speech but for his exploits in rolling back a runaway state government and then surviving a union-driven recall effort earlier this year – a story he referred to in a speech which began by his stepping on that applause (either out of humility or a determination to stay on schedule)…

Ohio governor John Kasich didn’t need a teleprompter, either, in lambasting the Obama administration and describing his success in turning around his state since 2010…

Then, of course, came the main event of the night – Ann Romney’s speech. It was an off-the-charts, killer speech which will make the War On Women meme the Democrats intend on selling next week a more difficult proposition…

Mrs. Romney’s speech was, in Brit Hume’s words, “the single most effective speech I’ve ever heard given by a political wife.” It went a long way to describe the fact that she and her husband have gone through the same kinds of adversity others have, but their success came in large measure due to Mitt Romney’s abilities – and those abilities will make him an effective president.

“This man will not fail,” she said.

It was an excellent speech, though it might have included a little more along the lines of a few humanizing stories about Mitt – she appeared to step around the fact of his generosity toward others rather than describe it in detail, saying that he’s not comfortable talking about how he’s helped others.

For her trouble, Ann Romney got this treatment from Fox News’ Juan Williams…

It looked for a minute after Williams finished that shot that Megyn Kelly was going to reach over and claw his eyes out. But that’s what the GOP can expect from the Left – no class, no quarter, no appreciation for anything of value and no restraint.

Which is OK, because Chris Christie was next, with a speech some commentators said was disappointing. On what planet that would be true we don’t know; for a keynote speech at a political convention it seemed pretty damned good to us…

Christie’s keynote reiterated a key theme that peppered Tuesday’s speeches – namely, that the Republican Party is made up of people who are willing to lead, to do the big things and save the country. It’s a great contrast to the Obama administration and the Democrats on Capitol Hill, and for that theme to play so strongly in this convention indicates a degree of confidence the GOP hasn’t had in modern memory.

And that was the best news of the night. Yes, there will without question be an Ann Romney bump and yes, her speech will reiterate something that the Washington Post uncovered in a poll over the weekend – namely, that married women trend strongly Republican in this cycle by a 55-40 margin, meaning that the Democrats’ War On Women/Gender Gap appeal is largely overrated since it is clearly failing with a significant division of the half of the electorate it’s aimed at.

But it’s the willingness to actually address the problems the country faces – the $16 trillion in debt, the runaway redistribution and entitlement spending and the loss of economic dynamism – in ways which will involve actual pain for the public which is the biggest sea change this convention seems to show. Old-line sacred cows like Medicare are being addressed, and you can bet that kind of serious policy discussion will only reside in Tampa this year.

It takes cojones to make such a move. And confidence in victory. So far, it definitely looks like this party has it.