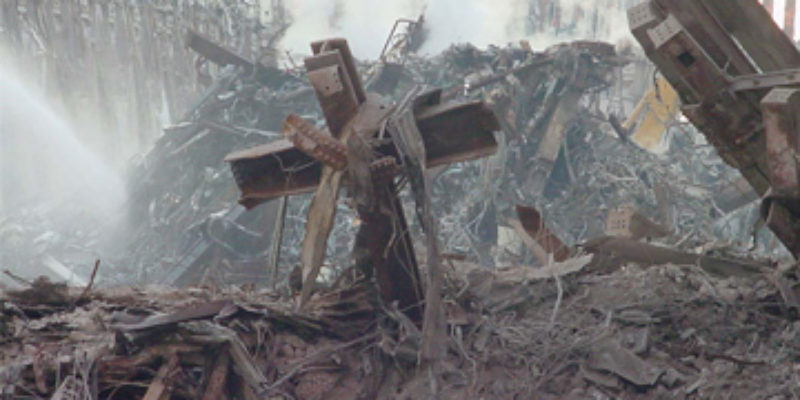 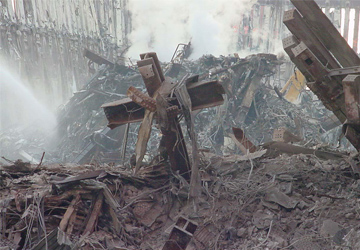 It was 11 years ago that the monsters of jihadist Islam showed up on our doorstep, and took down the World Trade Center. A lot has happened in those 11 years, but the pain – and the threat – remains.

We’ve done some amazing things as a country since then. Whatever you might have thought about the wars in Iraq and Afghanistan, the takedowns of the Taliban government in Afghanistan and Saddam Hussein in Iraq were two of the most unbelievably successful military operations in human history.

But whatever unity we had as a country in the aftermath of 9-11 is long gone. My side of the political fence might be over-the-top in our disgust with and distrust of Barack Obama and his party as leaders – we don’t help ourselves or anyone else by calling Obama a Muslim, for example.

But Obama’s supporters have no moral superiority. No sooner did the troops cross from Kuwait into Iraq than the same Democrats who voted to authorize military force there – on 23 separate bases of justification for the war, including the fact that Hussein was paying suicide bombers in Israel and training Al Qaeda-affiliated Ansar al-Islam terrorists at Salman Pak and he was seen as the foremost threat to keep Al Qaeda in business – began sniping about going into Iraq in the first place. Just as many on that side began spreading ridiculous stories about 9-11 being an inside job, they began telling tall tales about how Bush lied us into the war and how it was all a giant oil grab.

And the destructive, borderline-treason politics of Chuck Schumer and his ilk sabotaged the country’s unity in time of war, with the added detriment of driving our policy down the drain. “No blood for oil” as the leftist rabble demanded meant that American oil companies were largely shut out of contracts they should have had in a free and fair competitive market – with the same European, Russian and Chinese crooks who had flouted sanctions to keep Saddam Hussein in business moving right back into Iraq at our expense.

Today, America has no more influence in Iraq than we had before going in there in 2003. We turned a victory into a geopolitical defeat there; those who criticized that war became so loud and unhinged in their criticism that they created a self-fulfilling prophecy; Iraq is becoming a vassal state of Iran.

And in Afghanistan, our national obsession with doing justice to Osama bin Laden kept us engaged in a decade-long attempt at nation-building in the worst place on earth. Today, our troops are being killed not so much by Taliban guerillas but by the very Afghan soldiers we’re training and equipping. As for the Taliban, they need only wait us out until our announced 2014 withdrawal date before they’ll be able to reclaim control.

Was the whole exercise a failure? No. We killed off hundreds – thousands – of truly evil people. We’ve avoided an escalation of the kinds of attacks that happened on 9-11 into something worse. No EMP’s, no dirty bombs, no cadres of machine-gun-toting jihadists spraying down shoppers in a mall.

They haven’t beaten us. There is success – and accomplishment – in that.

But we haven’t beaten them, either. The truth is, they’re stronger. Because while Al Qaeda’s enablers in Afghanistan and other Muslim terrorist sponsors like Qaddafi and Saddam Hussein are gone, with Bashar Assad likely to follow them into hell, the Muslim Brotherhood from whose Islamist ideology Al Qaeda springs is becoming the dominant force in the Middle East. They’re in control in Egypt, which is in many ways the most important country in that region, and they’re gaining influence almost everywhere else in the Sunni world – Jordan, Libya, Yemen, soon Syria, Pakistan.

We had a chance – maybe not a great chance, but a chance – to take down Iran’s poisonous theocracy. Obama blew that by ignoring the millions in the streets in June 2009, and because he did it’s likely they’ll have nuclear weapons before that government falls.

Nothing has ever been done about the fact that 15 of the 19 devils who perpetrated the 9-11 attacks were Saudis. We refused to address the role of the Saudi people – if not their government – in 9-11, because it was too inconvenient to do so.

And we’ve refused to recognize that 9-11 wasn’t due to the fact we had troops stationed in Saudi Arabia in the 1990’s. 9-11 happened because Muslim jihad commands the waging of war against the infidel until Muslims rule the world. It’s not hidden in the Koran; it’s there for all to see. And the history of that religion’s spread is quite clear; Islam was spread by the sword from Mecca and Medina west to Morocco and Spain and east to India and beyond.

And north to the gates of Vienna.

Jihadist doctrine indicates that when Muslims are strong and the enemy is weak, Allah commands aggression against the infidel. They believe we’re weak even despite Iraq and Afghanistan. And when they see that we haven’t completed the Freedom Tower and the 9-11 museum ELEVEN YEARS after the attack, and when there are Wahabbi-funded mosques going up all over America with virtually no questions asked, and when political correctness and political cowardice lead us to style the Ft. Hood massacre as “workplace violence” rather than jihad, or the attack on the Little Rock army recruiting station discussed in “Losing Our Sons” as though it was a street crime, it’s hard to blame them.

We try to parse our enemy as “extremists,” and scrub the religious element from what is at base a civilizational struggle. Just as the communists of the Cold War era sought to rule over us, so do the jihadists. And beating this enemy demands for us to first name him.

We refuse to do that. You can’t even get government officials to recognize that we’re fighting Muslim jihadists. And because we don’t recognize this, they grow stronger. They’ve infiltrated Europe and are bringing it under their control – in France, for example, it was the Muslim vote which gave Francois Hollande his new job as the premier, meaning that the Muslims will be pandered to by that country’s major political parties from now on until that country is brought under the star and crescent at some certain time in the future. Muslims in the UK have that country’s Christian majority in retreat. In Sweden, 96 percent of that country’s rapes are committed by Muslim men against Christian women – and nothing is done about what is obviously a hostile, aggressive culture in that country’s midst.

9-11 was a cheap shot. But it was more than that. It was a signal that a 1400-year civilizational struggle had returned to the front burner, a struggle between the West and its most persistent enemy. And while we would prefer to move on and live our lives, the other side isn’t interested in peace. They’re interested in making us submit to them, and they won’t stop until we do, or we’re dead. Or they’re dead. If you don’t agree, spend some time in Israel and see what it’s like on the front lines of this struggle.

It’s a depressing, bleak lesson that many of us haven’t yet learned. But the jihadists won’t stop trying to teach it to us. We’ll get another chance, sadly, and another, and another.