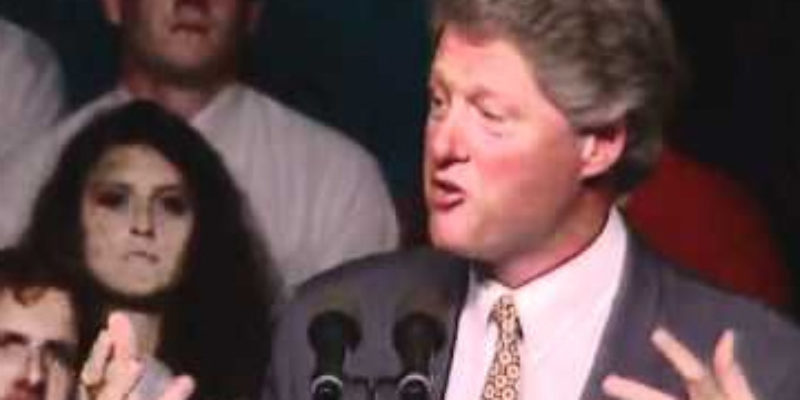 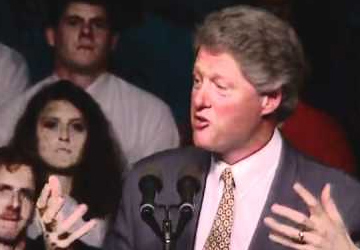 Twenty years ago (!), I volunteered for my first presidential campaign, helping out then-President George H.W. Bush’s bid for re-election at the LSU College Republican table on weekdays (and inevitably during class time) and in New Orleans on weekends.

At that time, Louisiana was a battleground state hotly contested by both major parties, despite having voted Republican by wide margins in 1980, 1984 and 1988.

Part of the reason for the competitive nature of things in 1992 was Ross Perot’s self-funded populist independent candidacy, which ultimately bled more votes from the GOP column than the Democratic side of the political ledger.

The Bush campaign operated from a large office suite in Metairie and was led by former governor David Treen, who was not just chairman of the campaign but an active participate who took his duties seriously. The Bush-Quayle headquarters was abuzz with activity, from yard sign assembling to phone banking.

The main participants invested not only resources in Louisiana but face time as well.

Tennessee US Senator Al Gore made an appearance before a large crowd in downtown Baton Rouge. Future First Lady Hillary Rodham Clinton spoke at gathering outside of the Superdome and closer to Election Day the Arkansas governor rolled his bus caravan through New Orleans and held a large rally on the banks of the Mississippi River.

Vice-President Dan Quayle appeared at a well-attended rally in Kenner and the president himself spoke at what would be his final campaign event as a candidate in a hanger in Baton Rouge’s airport on the eve of Election Day.

When voters went to the polls the next morning, neutral grounds across the state were flooded with paper signs pushing the Bush-Quayle and Clinton-Gore tickets.

Bill Clinton won a plurality of the vote in Louisiana, besting President Bush by just under five points. Four years later, Clinton carried Louisiana with majority but by a landslide margin over Republican nominee Bob Dole and Perot.

But by 2000, the bottom fell out of the Louisiana’s Democratic presidential vote.

Texas governor George W. Bush returned the GOP to victory in Louisiana and nationally then, winning 52%, a slightly better share of the vote than Clinton’s state total four years prior. Bush expanded his Pelican State majority to 57% in 2004.

Arizona US Senator and 2008 GOP presidential nominee John McCain raised the party’s share of the Louisiana presidential vote to 59% despite lacking W’s proximity advantage and spending little time or money in the state. As we enter the closing weeks of the presidential campaign, one would be hard pressed to find any sign of a major election happening in Louisiana.

Mitt Romney’s majority in Louisiana, and there is little doubt he will receive one, might approach Ronald Reagan’s showing of 61% in 1984, the second highest vote share a Republican presidential candidate has ever received in the state.

Hence both sides have largely abandoned the state. Romney has visited Louisiana a few times since locking up the GOP nod, but those were confined to some money runs and visiting an area that was flooded by Hurricane Isaac.

President Barack Obama, in addition to the obligatory disaster site inspection though to a different area from where Romney went, has also limited his political time in Louisiana to fundraising activities and speaking at the Urban League convention.

About a week ago Wisconsin Congressman Paul Ryan flew into New Orleans, though not to speak at a local GOP rally but to address the AARP conclave (in other words, tourists from other states).

The dozen or so undecided states are commanding almost all of the candidates’ time and money.

In addition to the end of the national campaign strategy, tactics have significantly changed as well, as campaigns continue to drift away from retail politics and towards primarily electronic media.

The yard signs, bumper stickers and campaign buttons that were so plentiful in Louisiana in 1992 now need to be ordered from online “campaign stores.”

If you want to advertise your support for the Romney-Paul ticket in front your house, that privilege will cost you the princely sum of $15.

Want to invite some knucklehead to key your car by sporting the “wrong” bumper sticker? That’ll be a $3 donation.

Perhaps residents of Wisconsin, Virginia and sacred Ohio receive such tchotchkes gratis though I wouldn’t trade my mild winters for their free t-shirts.