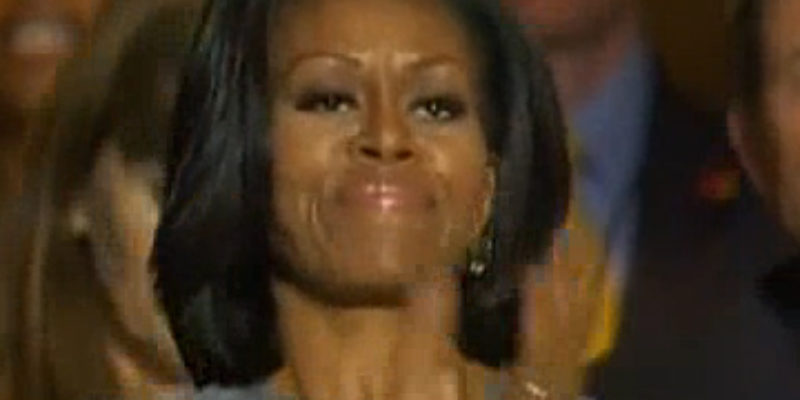 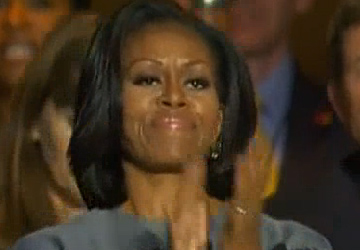 I’ll tell you why – because Clinton was killing the president’s re-election chances.

And my theory is, he did it deliberately.

Douglas Band, former President Bill Clinton’s top aide, plans to vote for Mitt Romney in November, according to a report in The New Yorker.

In an extensive article on the complicated and often unpleasant relationship between Bill Clinton and President Obama, the New Yorker’s Ryan Lizza reports that Band intends to cast his ballot for the former Massachusetts governor this fall.

“According to two people with direct knowledge, Douglas Band has said that he will vote for Romney,” Lizza writes. “Band declined to comment.”

“For [Bill] Clinton, the politics are more complicated,” he writes.

Here’s the thing – Band would NEVER have been allowed to come forward with that kind of bombshell out of the Clinton camp unless the Clintons were OK with it. Voting for Romney is one thing; announcing you’re voting for Romney the week of the Democrat Convention is something else entirely.

So that happens, and two nights later Band’s boss addresses the convention.

And Clinton spoke for 50 minutes, which was WAY too long – and other than a few fleeting moments early on, he did a lot less talking about the guy he was supposed to nominate than he did about himself until the very end when most of the TV audience had switched over to the last few minutes of the Giants-Dallas game or gone to bed. By the time he got around to rallying the troops to Obama’s cause in any spirited way, he’d chased away all but the hardcore Obama voters anyway.

What’s more, Clinton brought up all of Obama’s weaknesses, and then addressed them by making weak and muddled arguments in his favor. Damning him with faint praise, so to speak.

She couldn’t have liked the fact that Clinton brought up the Obamacare loss ratios, for example. Clinton gave the faintest of praise by touting the fact that people might get a few checks from insurance companies because Obamacare forces them to pay out 85 percent of premiums in insurance claims. The problem, and what the Democrats really don’t want to talk about, is that no insurance company can make a profit in a competitive market on an 85 percent loss ratio. They need a 70-75 percent loss ratio to survive in the market, and they’re going to pull out of the health insurance market rather than try to compete in it under those circumstances.

Lots of people understand this, and it’s one reason why Obamacare is unpopular. This is a lever by which the Left wishes to drive private insurance companies out of the market and eventually get to a single-payer system run by the government. The Obamas know this, and they want to keep it quiet. Bill Clinton bringing it up, even to offer a weak bouquet to Obama on the issue, is inconvenient. It’s a door opened to the GOP to hammer Obama on his signature legislative achievement which is already unpopular.

And while everyone in the hall was cheering as Clinton sang the praises of Joe Biden, what did he praise? Biden’s role in our pullout from Iraq, which was an abject disaster from which American influence in the Middle East won’t recover for decades (Biden was tasked with cutting a status-of-forces deal with the Iraqis so that we would be able to establish a base there, and he got nothing) and his role in overseeing the implementation of Obama’s stimulus package – the single most wasteful orgy of government spending in American history. Bringing up both of those is like sending a wine basket to Paul Ryan in advance of the vice presidential debate.

She also really couldn’t have liked Clinton’s discussion of deficits and debt. NOBODY at that convention wants to discuss deficits and debt, but Clinton strode to the podium and announced that Obama’s plan – which got zero votes from either party, by the way – seeks to raise a trillion dollars in new taxes. Then brings up Simpson-Bowles in the process, which is a reminder that Obama ignored Simpson-Bowles. Michelle probably didn’t want to see that aired on national TV.

The guess here – and it’s more than a guess, since we saw her face while he was bringing it up – is that when Clinton started talking about the soft underbelly of the auto bailouts she wasn’t happy. Specifically, he brought up the GM and Chrysler dealers and suppliers. What people know about the dealerships is that lots of them were shut down, and the process by which that happened was pretty nakedly political. The Democrats don’t want to talk about that, but now that Clinton brought it up it’s an open invitation to the GOP to roll in with ads in local markets about how dealers who donated to Republicans were screwed by Obama. Those dealers tend to be fairly well-respected in their communities, even despite the fact that most people dislike car salesmen, so ads about how Obama and his crooked pals from Washington and New York screwed over a local guy in Joplin or Dayton or St. Augustine will resonate. So will ads developing on the question of GM’s suppliers, because for many of those suppliers the administration hammered the non-union workers and retirees on their pensions while taking full care of the union workers.

If you’re going to talk about the auto bailouts, you want to keep it very general. One message – Obama saved GM, and all those jobs with it. No details. The devil is in the details. Clinton let that devil out of his box.

He then touted Obama’s energy policy as all-of-the-above, but deliberately ignored any mention of coal. Virtually nobody in the energy industry – or at least the part of it which actually makes a profit producing energy – thinks Obama is their friend. They’ll have no choice but to answer Clinton’s rather weak congratulation of the president – a “boom” in oil and gas production which is completely in spite of the president’s policies – and when they do, Obama will be faced with some bad facts to defend his record on. You don’t want to talk about energy when you stopped the Keystone XL pipeline and Labor Day gas prices are the highest they’ve ever been, but now Obama’s going to have to.

We do need more new jobs, lots of them, but there are already more than three million jobs open and unfilled in America today, mostly because the applicants don’t have the required skills. We have to prepare more Americans for the new jobs that are being created in a world fueled by new technology. That’s why investments in our people are more important than ever. The President has supported community colleges and employers in working together to train people for open jobs in their communities. And, after a decade in which exploding college costs have increased the drop-out rate so much that we’ve fallen to 16th in the world in the percentage of our young adults with college degrees, his student loan reform lowers the cost of federal student loans and even more important, gives students the right to repay the loans as a fixed percentage of their incomes for up to 20 years. That means no one will have to drop-out of college for fear they can’t repay their debt, and no one will have to turn down a job, as a teacher, a police officer or a small town doctor because it doesn’t pay enough to make the debt payments. This will change the future for young Americans.

Clinton adopts Romney’s line about how what America needs is jobs, lots of jobs, and by doing so he validates Romney’s narrative. You do this in a political speech right before you then attack the other guy using something he’s done counter to his stated objective to show him as an incompetent or a liar. Except that Clinton didn’t do that at all, which meant that Romney is then given credibility on economics – and that’s a pretty unkind cut to Obama seeing as though the voters think he’s atrocious on the economy; the last thing you want to do is help the other guy gain stature on something he already has an advantage over your guy on. He then launches into a highly-complex discussion about job training, which invariably makes persuadable voters’ eyes glaze over, and makes a reference to the fact that the number of college graduates is actually down under Obama’s presidency.

Clinton would say, of course, that it’s really Bush’s fault. Except Obama is the guy who needs to turn out college kids and the 20-somethings in the same unbelievable numbers he turned them out in 2008, and it’s pouring salt in a wound for Clinton to bring up these numbers without a specific statement that Bush was the guy who caused this or that Obama had done anything to actually address the problem of high college costs. Sure, student loan reform – but a better student loan doesn’t change the fact that the best school you got into wants $40,000 a year in tuition. In other words, Clinton just told Obama’s young voters that he hasn’t done anything to fundamentally alter their situation, and that it’s getting worse. Michelle probably wasn’t too excited about how that part of the speech turned out.

The Medicare-$716 billion cut issue was also addressed, and badly – with some incredibly false numbers. But worse than that, Clinton spoke in gobbledygook – and he announced it as gobbledygook. “Pay attention now,” was how he prefaced his foray into the weeds. It came off like a slick politician trying to bamboozle the public. The crowd loved it; the persuadable voters’ eyes glazed over. This hardly helped Obama, though it made Clinton look like a guy who knows the issue inside and out. Of course, he gave that impression on virtually everything in the speech while offering lame and faint praise for the man he was nominating.

And that was fairly obvious as well. This was a Clinton campaign speech. Not for president in 2012, mind you, but for the guy who gets to put the party back together after Obama gets slaughtered. Remember that Clinton doesn’t like Obama. He was furious about Obama playing the race card against him four years ago. And he was especially furious about his people getting run out of the White House over the last four years. Rahm Emanuel, for example, and Bill Daley.

So for 50 minutes Clinton offered himself up as the savior of the party. He gave himself cover: “Hey, didn’t I give a great speech nominating Obama at the convention? Whaddya mean I didn’t do my part?” But in giving that speech, Clinton reminded the party that when he was in office things were a hell of a lot better than they are now, and should Obama lose it’s going to require a guy like Clinton to help lead them out of the wilderness.

And Michelle knew it. That’s why she spent more than half the speech scowling.