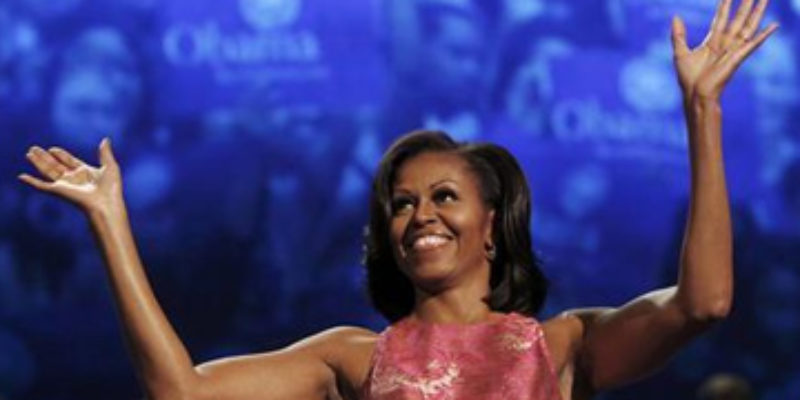 …that I hope y’all might be able to help me with. Because while I’m not a glutton for punishment like MacAoidh is and all I watched last night was the Curious Jorge dude from San Antonio and Michelle’s speech, I still can’t get my mind around something I heard.

When it comes to giving our kids the education they deserve, Barack knows that like me and like so many of you, he never could’ve attended college without financial aid.

And believe it or not, when we were first married, our combined monthly student loan bills were actually higher than our mortgage.

We were so young, so in love, and so in debt.

That’s why Barack has fought so hard to increase student aid and keep interest rates down, because he wants every young person to fulfill their promise and be able to attend college without a mountain of debt.

He’s the same man who started his career by turning down high paying jobs and instead working in struggling neighborhoods where a steel plant had shut down, fighting to rebuild those communities and get folks back to work…because for Barack, success isn’t about how much money you make, it’s about the difference you make in people’s lives.

So here’s my question.

You’ve got debt out the wazoo, your student loans are killin’ you and they’re more than your mortgage, and you turn down a high-payin’ job?

What the hell kinda guy does that?

If you’re in debt, you go make the most money you can to pay off that debt. Everybody knows this.

And if you’re not gonna go into a field where you make lots of money, you don’t go into that debt in the first place. That means University of Hawaii for undergrad – it doesn’t mean Occidental and Columbia and Harvard Law.

Everybody knows that, too.

What Michelle told us last night is that we have a guy in the White House who hasn’t had a clue about how to manage finances his whole life. He’s gone out and run up a big debt and then passed on the chance to pay it off his whole life, or most of his life until he got a book deal and then a free house from Tony Rezko.

And as president he’s run the federal debt up to $16 trillion, with zero plan to even stop it from growin’ much less pay it off. And nobody – NOBODY – at that convention even cares.

Is this really OK with the American people? Can this guy really get re-elected this way? Am I the only one who thinks that anybody who really pays attention to what Michelle says would think she just disqualified him?

Somebody help me out here, will ya?

Interested in more national news? We've got you covered! See More National News
Previous Article South Carolina Dem Chair Dick Harpootlian Compares Nikki Haley With Eva Braun
Next Article Is ‘We All Belong To The Government’ The New ‘You Didn’t Build That?’