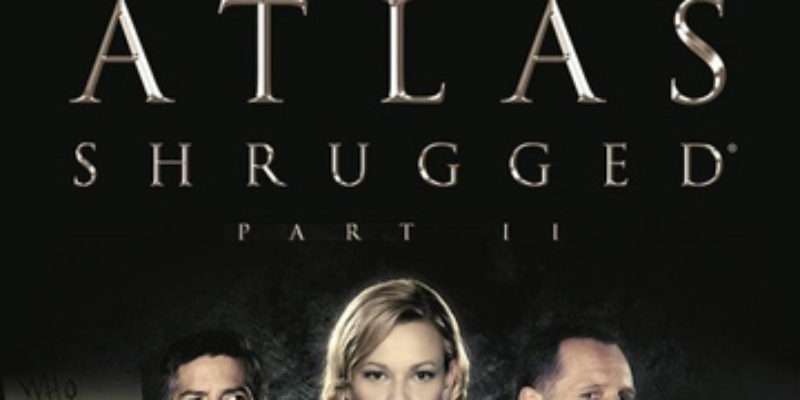 A bit of a re-casting, with Samantha Mathis now in the role of Dagny Taggart (she’s a little more commanding presence in that role) and from the looks of it a bit of an upgrade in cinematography. Opening night: October 12.

But while the original didn’t do quite as well as the producers hoped, it generated a lot of buzz in the summer of 2010 and contributed to the Tea Party-led electoral wipeout of the Democrats in that year’s congressional elections.

Now, a release timed, perhaps, even more strategically for this year’s presidential cycle. And to the extent it draws a media buzz, you can look forward to Paul Ryan being grilled once again about the fact his economic philosophy is influenced by Ayn Rand. As though that’s somehow unusual; Atlas Shrugged is one of the most widely-read books on the planet, and you can bet that lots of members of Congress (though probably not enough) have been influenced by it.