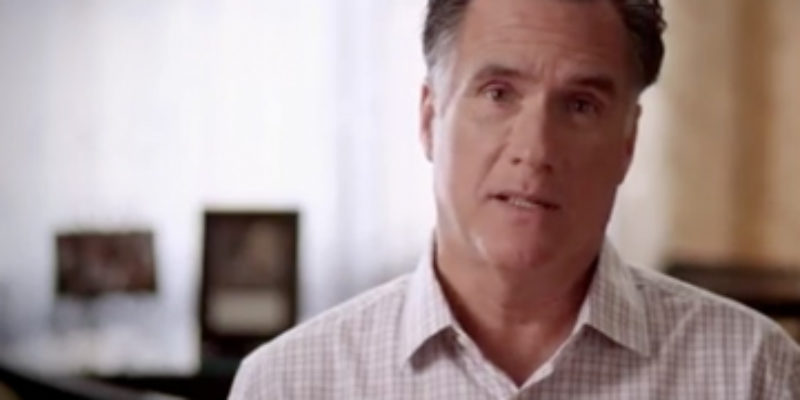 Some terrific quotes in here…

The best one is “President Obama and I both care about poor and middle-class families; the difference is my policies will make things better for them.” I’m ready to see an end to this “Obama cares about poor people” stuff, though. Frankly, while it’s intended to reach out to the centrists and the “why can’t the two sides get along” crowd, it misses the mark.

Maybe planting the seed that Obama is purposely trying to build a Democrat majority by trashing the economy is a bit strong – maybe that’s a message better served up by one of his surrogates, but then again if Romney were to say it the media would spend a whole week trying to demonize him for it and most of the public would probably end up agreeing with Romney.

Either way, though, it’s good stuff for Romney to come right out and say that “Hey, you might not like me, but guess what – you put me in office and your life will improve because I’ll stop the federal government from screwing the economy up any further.” That’s a nice comeback to all this “Romney writes off 47 percent of the people” stuff the media has chewed on since that nothingburger Mother Jones video came out.

Romney can recycle pretty much everything Ronald Reagan said and it would all still be relevant today.