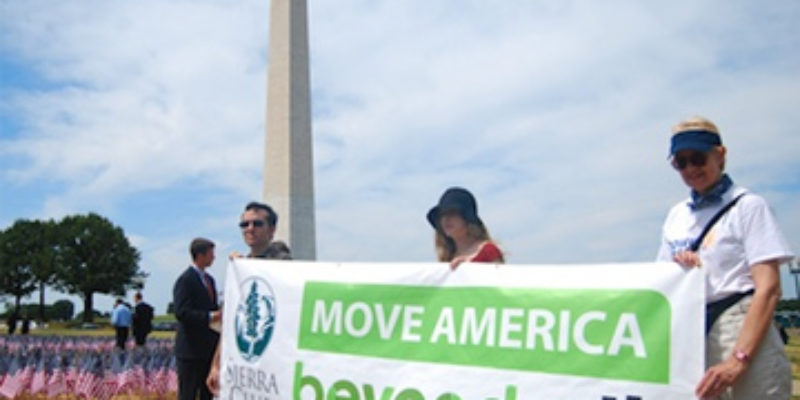 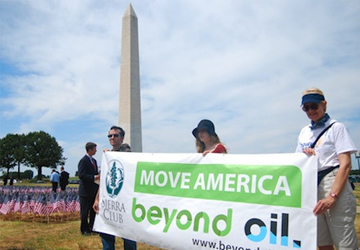 …and therefore they’re fighting to stop a $5.6 billion capital project in Cameron Parish.

From the American Press…

San Francisco-based Sierra Club filed petitions with the U.S. Department of Energy on Thursday in opposition to the company being granted clearance to begin constructing the facility, which will enable Sabine Pass Liquefaction to export LNG on the international market.

The Sierra Club decided to battle federal regulators over all applications from companies interested in selling LNG. Complaints have also been filed against Sempra Energy’s Cameron LNG facility.

Deborah Nardone, Sierra’s director of the Beyond Natural Gas campaign, said the group is interested in seeing regulations imposed on the country’s LNG industry.

The environmental group contends that technology like hydraulic fracturing — a process that uses a high-pressure mix of water, sand and chemicals to extract natural gas and oil — leads to air and water contamination.

“We should have adequate protections before exporting gas to China. The natural gas industry does not have to prove or not prove impacts nor jump through additional safeguards that every other industry in the country have to abide by,” she said.

Nardone said Sierra Club will continue fighting LNG companies and the government over every permit filed.

Sierra Club believes that arguing against LNG exporting is needed to push state and federal regulators to impose environmentally sound restrictions on the industry.

“First and foremost, we feel strongly in minimizing the amount of liquid natural gas produced. The country is looking at exporting a massive amount of gas and increase production significantly. We need environmental impact assessments,” Nardone said.

So because they don’t like fracking – and amazingly contend that not enough environmental study of fracking has been done despite TWO EPA studies of fracking in the past decade – the Sierra Club is going to attempt to shut down every possible avenue by which natural gas might be brought to market.

This is an assault on the natural gas business, plain and simple. There is such a glut of natural gas right now that producers are shutting wells in rather than produce, because the price is so low. Exporting LNG offers some limited relief to that oversupply; overseas prices are significantly higher than domestic prices are, and sizable profits can be made. Our trade deficit can be lessened.

The world will continue to run on natural gas regardless of what the Sierra Club does. Exporting LNG to China offsets in some measure the export of coal to China – the Chinese economy runs on a power grid fueled by coal, a large portion of which is American coal. Apparently the Sierra Club hasn’t been willing or able to stop that export, so now they turn their guns on natural gas.

Does the Sierra Club have a better solution for how to power an economy? No. The Sierra Club merely stands in the way of legitimate business trying to create prosperity.

These people should be reviled and ignored. And their finances should be audited to insure they’re not being funded by the Russians or Venezuelans or Iranians or  Saudis, whose economic and geopolitical aims are being furthered by the Sierra Club’s actions.