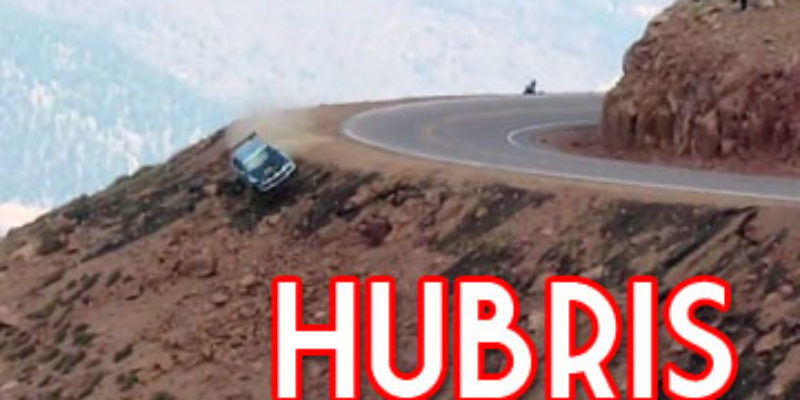 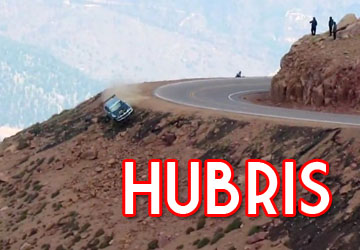 Aristotle said the understanding of HUBRIS was in its main cause: any man (actor) may think (by treating others badly) they become superior. Hubris is based in the exaltation the actor feels for his accomplishment. But he draws extensive power from the act of shaming. He ridicules his supposed subordinates. The actor displays insolence, contempt and excessive “hostility” in his social, interpersonal or reputational shaming behavior.

There’re many examples of hubristic individuals. Many develop from excessive deference paid to certain professional and paraprofessional entities. They’re accustomed to the associative reverence shown them because of circumstances they’ve participated in. Doctors (PhD), Physicians and Lawyers are examples.

Physicians, have enhanced educations and extended expertise in subjects considered complex (and thus almost mystical) by many people. They’ve elevated the actor to a station approximating godhood. It’s best recognized when some physicians refer to themselves as “healers”. It can be seen there are only two things that heal: the body (composed of regenerative tissues and reconstructive systems) and God. Physicians aren’t healers but more practitioners of medical procedures occasionally proving successful for the survival of the patient.

We marvel at Doctorate level academicians because of their extensive educations and knowledge of specific subjects. This is acceptable as long as the person is viewed in light of their specific expertise and what they accomplish with it. To extend the courtesy and the recognition to the individual is acceptable. It’s when the individual accepts his accomplishment as an over-arching and natural statement of his predominance there’s a problem.

Lawyers are accepted as specialists in social interaction. They’re the interpreters and arbiters of social norms and mores on an individual level. Therefore, as legal surrogates, they’re seen as protectors by those they represent.

All this is acceptable. People admire and seek ascension to the hallowed heights of those they see as better than they are. Whether it be as a matter of appreciation for the work done, or if it’s because of a desire to emulate the supposed success and acquire the same benefits; it can be all right to admire.

One of my favorite statements is this: “when the acclaimed ‘start believing their own press releases’ the wheels starts falling off of their bandwagon”. This means all of the good they may have done, or hope to have done, is unraveled because they see their performance as being a God-given talent and not as something others may be able to surpass with time.

Where do people get this idea they’re the “one”?

We, the audience, allow the misinterpretation of applause for specific work accomplished, as being recognition of the actor’s over-arching superiority. When the actor becomes condescending and dismissive of those he sees as beneath his elevated societal “station”, we see the hubristic personality presented. The actor shames us for not being as good as he.

The development of this personality, at times, appears socially genetic. It’s engendered in people by the way they’re treated as children. Self-confidence is developed and nurtured in the social and personal spirit of the child. His/her ego is strengthened, bolstered by those surrounding them. The social circle centers on the development of the child as a continual winner expecting praise for doing everything from the mundane to the exceptional. The stress is removed from the development of humility and understanding failure’s a natural course of endeavor on occasion. The positive result is always found in the performance. The personal ego’s negativity is denied. The kid’s taught he’s always right.

Proverbs, 16:18 says: “pride goes before a fall”. It defines modern hubris. It’s the “pridefulness that blinds”. People accused of hubris act in foolish ways showing a lack of “common sense”.

This has never been more efficiently seen than in the present resident of the oval office. From the time of his birth he was allowed to believe his “press releases”.

The problem is he’s taking America down with him as discovery’s light highlights his incompetence as being a witnessed truth.