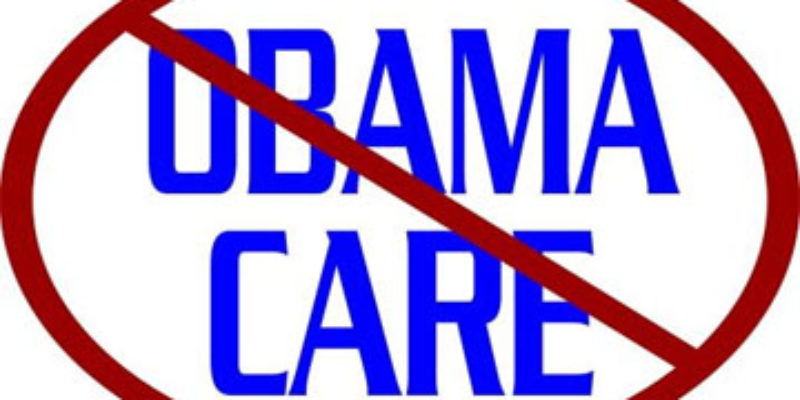 Courtesy of the Louisiana Department of Health and Hospitals, here is Louisiana’s health care declaration of independence…

As you know, on March 23, 2011, the State of Louisiana announced that it would not assume the risk of building a health insurance Exchange as outlined by the Patient Protection and Affordable Care Act (PPACA). Given the fact that deadlines established in the guidance issued in the August 13, 2012 request of the United States Department of Health and Human Services (HHS) are not legally binding, the State of Louisiana will not be submitting a Declaration Letter; however, this letter serves as the state of Louisiana’s position regarding critical components of the PPACA.

Since the PPACA was signed into law, the State of Louisiana has repeatedly stated that the law has severe legal problems, is bad policy, and is unworkable. Those beliefs remain unchanged. With the Supreme Court’s decision in National Federation of Independent Business v. Sebelius, the Court agreed with the State of Louisiana that at least one of the over 450 provisions of the PPACA is unconstitutional and the provision requiring all individuals to have insurance coverage can only be upheld as a tax.

Even after the Supreme Court’s decision, there remain many questions about the legality of the PPACA involving issues fundamental to all Americans, including religious freedom and unjust taxation.

While the Supreme Court ruled on the Constitutionality of some parts of the PPACA, it was not an endorsement of its policy merits. In fact, Chief Justice Roberts underscored this fact when he wrote, “Members of this Court are vested with the authority to interpret the law; we possess neither the expertise nor the prerogative to make policy judgments.” The PPACA remains a flawed piece of legislation that fails to fix the fundamental existing problems in the United States health care system, particularly the unsustainable rising costs faced by American families and small businesses. Instead, we are faced with a more tightly controlled federal-run health insurance market that will increase costs, undermine the private health care marketplace, and weaken private sector job creation.

The Supreme Court’s decision also fails to resolve the fact that the PPACA is simply an unworkable piece of legislation. With incomplete regulations and unrealistic deadlines, States and the Federal government will struggle to have a health insurance Exchange ready for open enrollment on October 1, 2013 that is not beset with major complications for the insurance market and the respective residents of the States. The full extent of damage the PPACA causes to small businesses, the nation’s economy, and the American health care system will only be revealed with time. The State of Louisiana has no interest in being a party to this failure by implementing a state based exchange.

Louisiana was one of 26 States that filed suit against the federal government concerning the legality of the PPACA, specifically focusing on two parts: § 1501 (the individual mandate) and Title II (the mandatory expansion of the Medicaid eligible population to 133 percent of the federal poverty level). In June of this year, the Supreme Court agreed that the mandatory Medicaid expansion was unconstitutional. They also ruled that the individual mandate was unconstitutional under Congress’s Commerce power, but upheld this provision as an example of Congress’s taxing power, admitting that the purported penalty is actually a tax.

While the Supreme Court effectively rewrote the PPACA to uphold the individual mandate, they did not rule on the legality of the remainder of the law. In fact, the Supreme Court is aware that future challenges are likely to occur by its recent actions. With continuing questions about the PPACA’s legality, we believe it is prudent to wait until these challenges are completely resolved. Provisions that the Court did not rule on that are still being challenged include:

While HHS has repeatedly said that the States serve as incubators of innovation, the PPACA robs States of this ability by limiting their opportunities to enact meaningful state-led health care reform.

For example, the concept for an Exchange originated as a free market idea meant to lower the cost of health insurance for those who decide to purchase such insurance. In theory, an increased pool for those deciding to purchase health insurance is a good idea. It provides individuals the ability to select the insurance coverage that they want at a lower cost. If this were truly the framework for the Exchange model outlined in PPACA, the State of Louisiana would be glad to evaluate it as an option, adopting it to our State’s needs. However, the PPACA Exchange is only masquerading as free market idea, and instead creates a vehicle for the Federal government to tightly control the coverage options available to consumers, raising costs and limiting choice. Many employers will drop the health insurance coverage they currently provide to employees, leaving individual health care needs to the federal government. Specifically, the consequences of the PPACA Exchange and associated insurance changes include:

Impact on Employers and Employees

The deadline for all Exchanges (both State and federally-facilitated) to be ready for open enrollment is October 1, 2013. However, it is likely many exchanges will not be ready by that point, even in those States that are supportive of the PPACA. The guidance received from the Federal government is often delayed or non-existent. For a project as large and complicated as health care reform, this is an insurmountable hurdle for the States to overcome. There are numerous unanswered questions and major problems remaining about Exchanges and the provisions of the PPACA entangled with them. Continuing issues include:

The Workings of an Exchange

Reforms Needed
It is most disappointing that the PPACA failed to offer sustainable reform of the nation’s health care system. Instead of strengthening the market to lower costs and increase consumer choice, the PPACA created a big government “solution”— the type of solution history tells us will only create debt and worry for future generations of Americans. Health care reform should focus on improving the value of health care in America by bringing down costs and improving quality.

There are several ways to do this. Transparency in health care is essential for individuals to be better consumers of care. The cost and success rates of different procedures can be made publically available to help individuals make decisions about their care. Increased competition through individuals being allowed to purchase insurance across State lines can create greater competition and lower costs.

Similarly, just as individuals should have more investment in their health care choices, States should have greater ability to design programs that meet the needs of their people. States know how to take care of their residents more than the bureaucrats in Washington, distant both in geography and in experience. Louisiana, for example, has been able to make remarkable progress in its care of the Medicaid population through an innovative model of managed care, saving money and improvingthe quality of care. However, constrained by the federal requirements for Medicaid, Louisiana can only do so much. It is time to give the States the option to administer this program through block grants to save both the Federal and State taxpayers money and eliminate the perverse incentives created by federal rules and funding streams.

States need to be given the tools to solve these problems. The PPACA should either be repealed orreplaced with a system giving States the ability to truly innovate. At the very least, we ask that you give the States flexibility through waivers exempting States from the burdensome requirements of the PPACA while providing the care their populations need and want in the way the States know best how to deliver.

In addition to these needed reforms, the State of Louisiana fully expects HHS to coordinate its efforts regarding implementation of a Federally-facilitated Exchange in an effort to mitigate the negative impact on either our private insurance market or the Medicaid program. The State expects that the Federal government will adhere to the four guiding principles included in the “General Guidance on Federally-facilitated Exchanges” and intends to hold the Federal government accountable to these principles. Additionally, the impact on our State’s budget is a significant concern. In this light we expect that HHS will:

The State of Louisiana hopes that HHS will listen to its concerns and give the States actual flexibility to improve health care for all Americans.

Interested in more news from Louisiana? We've got you covered! See More Louisiana News
Previous Article SADOW: Jindal’s Right To Stand In The Way Of Obamacare Exchanges
Next Article The Heartwarming Story Of The Louisiana State Police In Sandy Relief