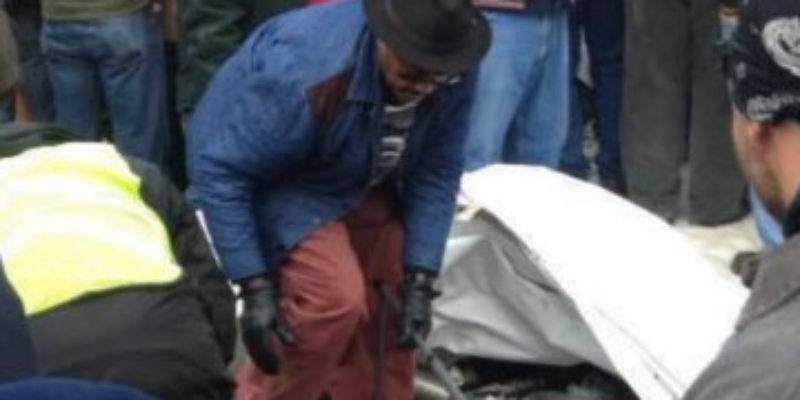 In Lansing, there’s a local personality named Clint Tarver, who’s known as The Hot Dog Man. He’s known for serving up tasty snacks from a vendor cart around the downtown area and he’s a perfect example of the small entrepreneur who built this country.

Clint Tarver happens to be black. He also happens to lean Republican.

So when Americans For Prosperity hired Tarver to cater their function outside the Michigan state capitol while the Right To Work bills were being voted on yesterday, it made him a target.

Particularly when Tarver attempted to help the AFP volunteers who were trapped when the union goons showed up and cut their tent down. That’s when the goons turned on him…

The animals wrecked his cart. But that’s not all.

There is no adequate term for the evil of these people. These are human beings who chose to be subhuman because they lost a vote at the legislature.

They’re taking up a collection to make Mr. Tarver whole. You can contribute here.

A parting question: wouldn’t it be ironic if Teamsters president Jimmy Hoffa, who went on CNN and threatened a “civil war” in Michigan over Right To Work last night, got what he says he wants but shortly thereupon suffered the same fate as his old man? Because if that’s the kind of country Hoffa wants to live in, he should know that his dad’s fate could easily be his own.