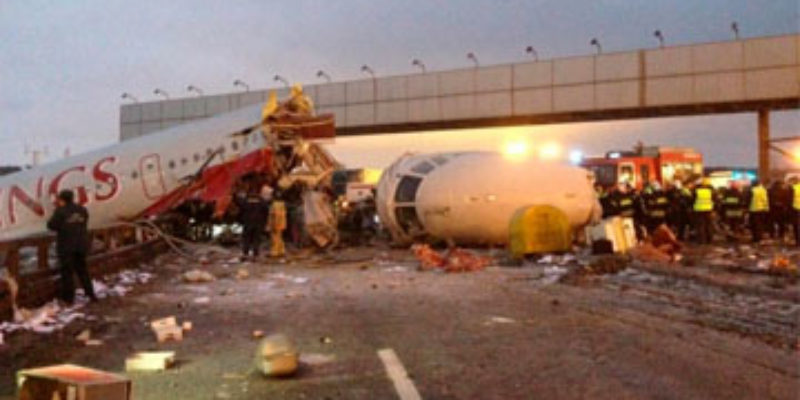 Remember how we had that post a couple weeks back about all the crazy stuff the Russians are catching on the cameras on their dashboards? It’s a thing Russians do since their legal system is a joke and their “law enforcement” personnel aren’t any better – so you pretty much have to record your driving experiences if you don’t want to get cleaned out.

Well, the dashcams catch all kinds of interesting stuff.

This happened outside Moscow, at Vnukovo Airport. At least four people were killed and four critically injured, the Russian Interior Ministry says, two of whom were dead at the scene. The plane is a TU-204 jet. Those killed are the captain, the co-pilot, the flight engineer and a flight attendant.