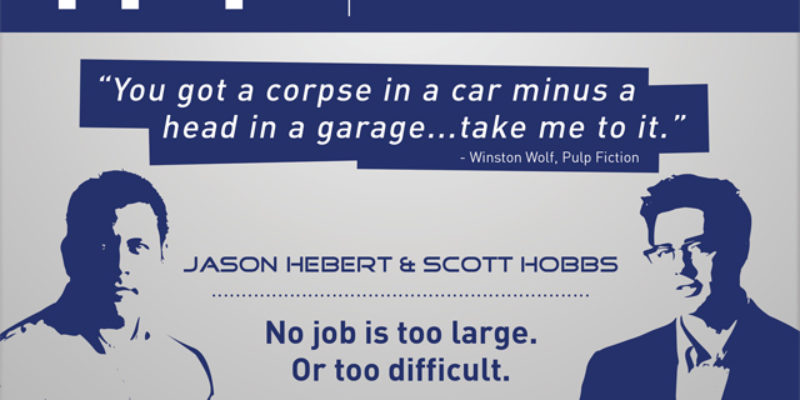 Every year, Campaigns & Elections Magazine puts out a list of their choices for the political world’s most powerful players. The list is called the Influencers 500, and it includes 10 people – five Republicans and five Democrats – in each state.

This year’s Influencers 500 issue is out, and 10 Louisiana politicos are on the list.

An advance notice of a couple of the Democrats on the list appeared in the Baton Rouge Advocate on Saturday, which we found to be interesting since – let’s face it – Democrats have less to say about what happens in Louisiana than at any time since Reconstruction and yet the Advocate had nothing on who the Republicans were…

Trey Ourso and Michael Beychok, of the Baton Rouge-based Democratic consulting firm of Ourso Beychok Inc., were named by Campaigns & Elections Magazine to its list of the top 500 Influencers in the United States. The two men are partners in the firm, which specializes in direct mail, message development and campaign management.

Ourso, a direct mail expert, was recognized for his work in Kansas, where he has consulted with the House Democratic Caucus, among others, for the past two election cycles. During the 2012 elections, the House Caucus won 13 of the 14 races that were targeted by the group.

The four other Democrats chosen by C&E for Louisiana include…

More interesting are C&E’s choices for the five Republicans on the list. A couple of them are obvious choices, one is an institution of sorts and two others represent growing trends within state politics.

Allie Bautsch, Gov. Jindal’s chief fundraiser made the list largely thanks to her efforts at making hurricane-level precipitation where Jindal’s campaign coffers are concerned. Jindal’s fundraising was so prolific and dominant in the previous election cycle that he had a whopping $3.5 million left in the bank after his re-election in 2011.

While Bautsch represents Jindal’s camp within the state party, Joel DiGrado represents Sen. David Vitter’s. DiGrado, who did some work for Rick Santorum’s 2012 presidential primary bid (which won Louisiana), has been Vitter’s top political strategist for several years now and had a large role to play in the shellacking the Senator laid on Melancon in 2010.

The institution is Roy Fletcher, the veteran campaign operative whose fingerprints have been on many of the state’s more colorful and effective TV spots for the last several years – for Democrats like Charles Foti and Buddy Leach in the past, and for Republicans like John Kennedy and Mike Walker in the present. Though Walker got crushed by Kip Holden in the Baton Rouge mayor’s race in November, Fletcher did make a mark on the race with this ad…

But two other Republicans on the list are an indication of the direction of Louisiana’s politics at present.

First, John Diez, a partner in polling firm Magellan Strategies and its principal in Baton Rouge. Diez’ polls on statewide races have a pretty solid record of predicting their ultimate outcomes, but his importance on this list comes from his work on the Louisiana Committee for a Republican Majority. LCRM, which is commonly affiliated with the Vitter camp, has been very aggressive in backing conservative candidates to challenge Democrats in winnable state legislative seats, and while the sledding has been difficult at times there is no question the organization has moved the legislature to the right through the pressure it has exerted on those races.

But the other Republican on the list is the guy who might be the best campaign consultant in the state and Louisiana’s winningest political guru – Jason Hebert. Hebert and his partner Scott Hobbs at the Baton Rouge-based The Political Firm don’t just handle in-state clients – they engineered the successful campaign of Randy Weber in Ron Paul’s old district in next-door Texas last year, for example – but when they do they’re awfully effective. Among the candidates they’ve handled in the past couple of years (most of whom they’ve been with for some time) are Charles Boustany, Steve Scalise, Vitter, Mike Strain, Tom Schedler and Jay Dardenne.

Hebert put a release out today on the C&E list, saying “This is a huge honor for our firm. Anytime you’re recognized by your peers as a respected firm, it’s a testament to the hard work of our team and clients alike.” 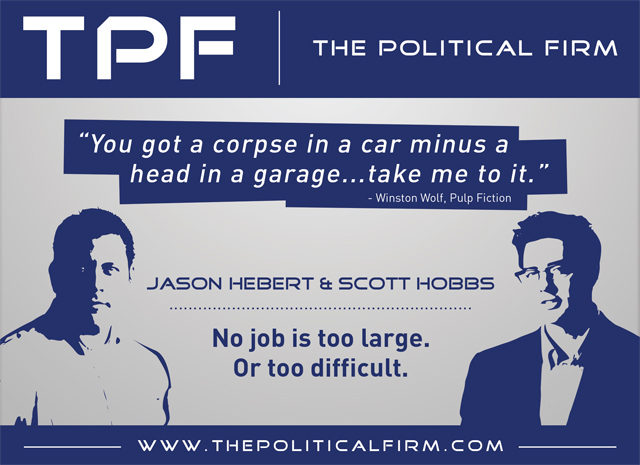 Wouldn’t it be great if campaign ads had a sense of humor like that to them? Maybe it takes somebody who wins races in Louisiana to go there.

Interested in more news from Louisiana? We've got you covered! See More Louisiana News
Previous Article SADOW: They’re Arguing About Dentists, But The Real Fight Is About Responsibility
Next Article BEAM: The Newspaper Industry Isn’t Dead Yet