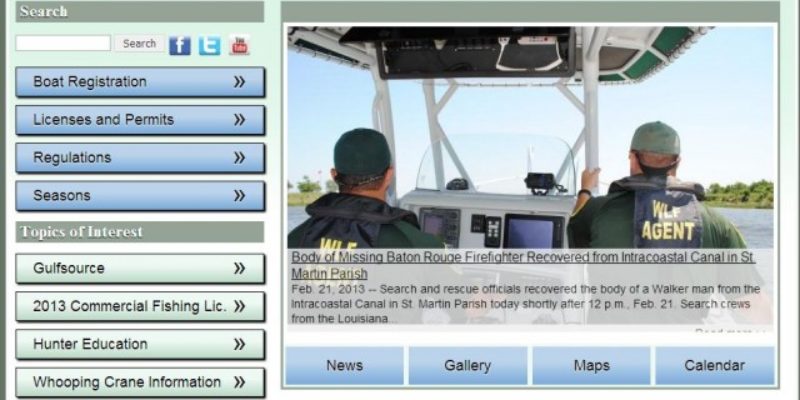 We’ve come a long way from the time when poaching the king’s deer would bring down a death sentence in medieval Britain.

But apparently, not all that long a way.

By now, everybody in Louisiana has to know about the wasteful spectacle of state bureaucrats descending upon a Shreveport area homeless shelter and dumping 1600 pounds of donated deer meat into the trash. The meat came courtesy of an organization called Hunters for the Hungry, which serves as a conduit between sportsmen and charities like the Shreveport-Bossier Rescue Mission.

If you go to the home page of the Louisiana Department of Wildlife and Fisheries site, you’ll see this… 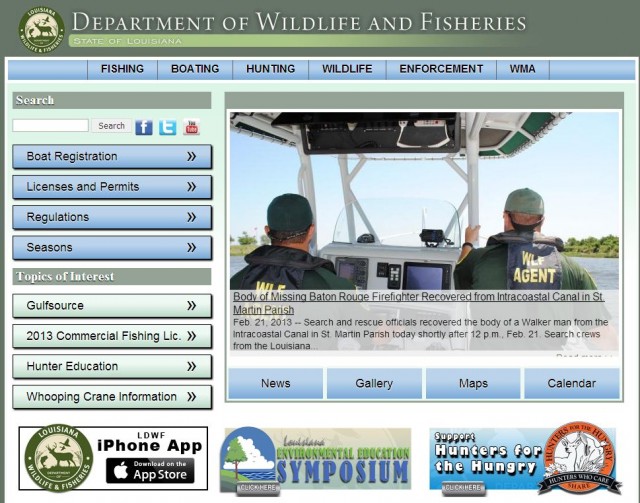 Hey, what’s that at the bottom right?

Why, it’s a link to Hunters for the Hungry, of course.

Follow that link and go to the “About Us” page, and you’ll see this…

Hunters for the Hungry became a part of the Food Bank’s Lagniappe du Coeur (Extra From the Heart) program, Louisiana’s first prepared and perishable food rescue program. The Food Bank provides a place to store the game and fish, and they distribute the bounty to the needy in the eleven-parish areas they serve. The Hunters for the Hungry Louisiana Program has collected more than 150,000 pounds of game and fish since its inception in the 1990’s.

You’ll find this at the Get Involved section…

Fifteen years since its inception, Hunters for the Hungry Baton Rouge and in effort with Monroe have added dedicated volunteers in Alexandria, Lafayette, New Orleans, Shreveport, Natchez, Mississippi, and Houston, Texas to collect game and fish to help nourish families in their own communities.

So this program has been going on for a long time.

But that didn’t stop this week’s War On Venison from DHH.

Re. Henry Martin, the Executive Director of the Shreveport/Bossier Rescue Mission, was furious…

“You can use in chilis, you can use in beef tips and rice, you can use in hamburgers. We didn’t find anything wrong with it. It was processed correctly, it was packaged correctly. But on January 28th a Health Department Inspector came and said the meat couldn’t be eaten at the Rescue Mission because it was donated by a hunter.they threw it in the dumpster and poured clorox on it. Not only are we losing out and it’s costing us money, the people that are hungry aren’t going to get as quality of food, the hunter that’s given his meat in good faith is losing out. The meat processing plant, particularly this one, Bellevue, is losing a lot of money to process this meat and have it thrown into the trash can.”

So this morning, after several days of widespread irritation with DHH’s bureaucrats, the agency tried to explain their position on their Facebook page…

We have received several inquiries here about our recent health inspection in Shreveport and wanted to address those concerns. The Department of Health and Hospitals protects the public’s health, and enforces the law (State Sanitary Code) to ensure safe food is served in restaurants, grocery stores, shelters and other places. We apply the same rules to all retail food establishments in Louisiana and afford the same protections to all members of the public.

In January, we received a complaint about deer meat being served at Rescue Mission in Shreveport. Our health inspectors investigated promptly and discovered Rescue Mission did have deer meat obtained from hunters, and deer meat is not permitted to be served in a shelter, restaurant or any other public eating establishment in Louisiana. Although the meat was processed at a slaughterhouse (Bellevue) that is permitted by the Louisiana Department of Agriculture to prepare and commercially distribute meat obtained from approved farms, deer are not an approved meat source to be distributed commercially. And because hunters brought the deer to the slaughterhouse, there is no way to verify how the deer were killed, prepared or stored. All of those factors present potentially harmful situations that could cause serious or even fatal foodborne illnesses. Because the meat was potentially unsafe, our health inspectors ordered it destroyed, in accordance with the law. Bleach was poured over the meat as an extra precaution so that animals would not eat it from the dumpster and become sick or die. This is a process called “denaturing,” which is standard procedure for these situations.

While we applaud the good intentions of the hunters who donated this meat, we must protect the people who eat at Rescue Mission, and we cannot allow a potentially serious health threat to endanger the public. The State Sanitary Code laws exist to protect all residents of our state, and while sometimes these laws may not be popular, they allow us to ensure the public’s health and safety, and must be followed. If you would like to learn more about the State Sanitary Code or what health inspectors are responsible for in Louisiana, I encourage you to visit www.eatsafe.la.gov to learn more.

But if you go to eatsafe.la.gov, you won’t find much of anything about deer meat. You can find a little about it if you get hold of the state Sanitary Code (which we found in a Google search rather than from a link at DHH) – specifically this…

B. If retail food markets are requested by an individual to process wild deer meat, they must process this meat in accordance with the guidelines established by the department.

The only conclusion that can be drawn here is that DHH is out of control.

This is something that could be fixed with one phone call from Gov. Jindal. All he needs to do is call DHH and tell them to stop wasting time hassling homeless shelters and charities who are trying to feed the poor.

And Jindal ought to write the Rescue Mission a check for $8,000 out of his campaign account to make up for the cost of the meat his bureaucratic goons wasted.

If somebody loses his job over this, that’d be fine too. A state government costing us $25 billion a year shouldn’t be costing us even more money in forced waste because it thinks doing its job entails sticking its head up its nether regions. Real people can understand this stuff easily; apparently our bureaucrats don’t.

Interested in more news from Louisiana? We've got you covered! See More Louisiana News
Previous Article BAYHAM: Will The Democrats Be Saved By The Bel?
Next Article In Case You Missed It, Here’s How We Might Rebuild Our Coast