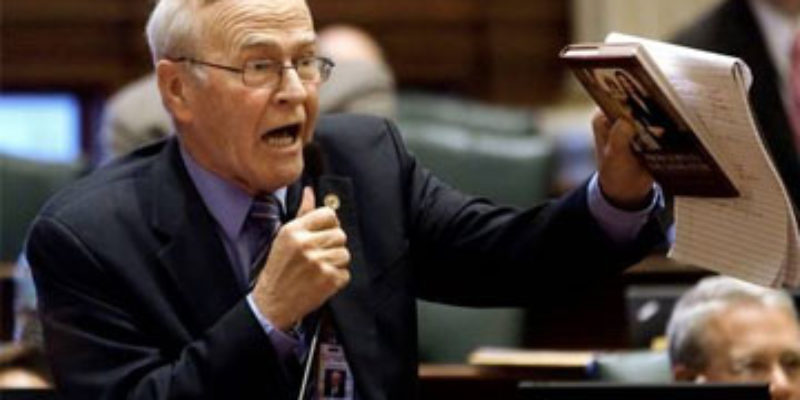 Here’s a state representative from Illinois, Jim Sacia (R-Freeport) holding forth on a gun-control bill being proposed in that state…

Naturally, his analogy of “you want me to be castrated because you’re having too many kids” is making the rounds as a gaffe.

It’s not a gaffe, it’s a pretty good analogy. It would have been a better analogy if he’d said “You want me to have a vasectomy because you’re having too many kids.” But then again, that’s not as powerful. Guys who’ve had vasectomies can have more fun than guys who’ve been castrated can.

And because he made that analogy, the Left is going to demonize Jim Sacia. For his intolerant and combative and inappropriate tone.

Interested in more national news? We've got you covered! See More National News
Previous Article VIDEO: ‘Joe Biden Is What You Get When You Mix Arrogance And Senility’
Next Article SARGE: Zero-Sum, Or Some Zeroes, On Capitol Hill