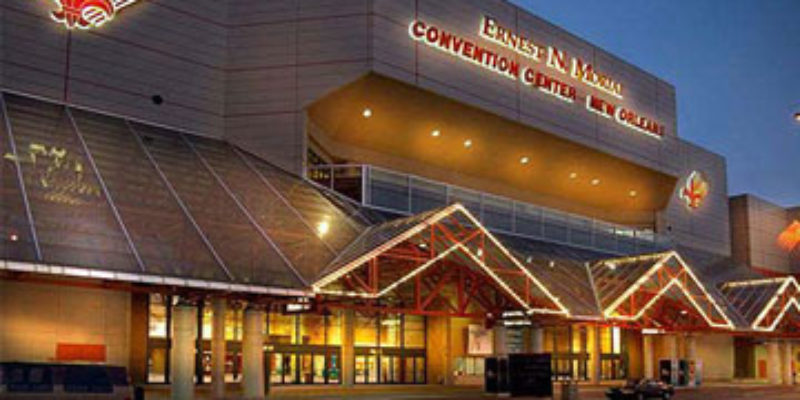 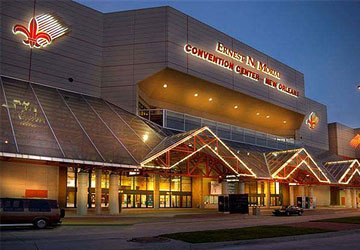 Reshuffling $120 million from a special district into state spending points out the absurdity of the present fiscal rules for Louisiana that create a counterproductive straitjacket, causing misallocation of revenues and complicating needlessly the budgeting process, as well as providing more posturing opportunities for politicians.

For this current year’s budget, $20 million of expenditures are to be drawn from the Ernest N. Morial New Orleans Exhibition Hall Authority. Next year, $100 million is budgeted to come from this source. This body was created in 1978, to oversee the operation of what is now New Orleans’ Ernest N. Morial Convention Center, as a special district of government.

The state wants use of the money in order to fund activities in higher education, saying it will borrow them and then replenish them in kind over several years, treating the funds as unused capital outlay monies that eventually will go into some kind of construction, meaning future unused dollars for state capital outlay can go to paying them off. This upsets some Orleans legislators, such as state Rep. Jared Brossett whom calls this a “raid” and state Rep. Cameron Henry who says it’s “taking someone’s operating budget.”

As a result, last year three-fifths of its revenues came from non-operating sources, i.e. taxes, fees, the state subsidy, and investment income and expenses. And of its operating revenues compared to operating expenses (minus depreciation, which basically is irrelevant because that probably dramatically underestimates the facilities’ actual carrying value and any improvements/replacement would be financed by debt anyway and therefore the interest already gets expensed from non-operating revenues), there was a gap of just around $12 million. Given the take from actions allowed by the state account for taxing authority of roughly two-thirds of the total non-investment-adjusted take or about $26 million, the Authority got more than double the money it needed to cover the gap. Add it all up, and it cleared around $7 million to put into reserves.

Then add it up over time, and that has produced unrestricted (i.e. not tied to debt or construction) cash, cash equivalents, and investments of $169 million – or over a quarter of the entire assets of the Authority, including the $369 million the facilities are valued. There are no plans to use this money, even if there was something it could be used on (like antique railroad cars?), and it’s clearly unnecessary to fund current operations or debt service now or, barring incredible economic collapse, in the future.

So it’s entirely reasonable that the state should borrow the money – not making it a raid because the assets’ values remain on the books – because it was state authorizations beyond local ones that allowed it to collect the amounts suggested in the first place. And if a policy-maker wants to defend keeping money caused by an operating budget chronically registering surpluses beyond actual need, putting the agency holding those bucks into no difficulty, and letting that idle cash sit or be invested in things that have nothing to do with the center’s operation, knock yourself out – especially in explaining that to the lodgers who because of this effectively force their customers to pay higher rates and thereby discourage their business opportunities.

Yet while that may be reasonable, it’s asinine that it ever came to this. Because of these multiple dedications creating unnecessary collections, resources siphoned from the people are too great for actual need, and either some other worthy use of them must be found or, failing that, they must not be collected in the first place. But nobody is having this debate, which exemplifies the entire issue of Louisiana’s fiscal structure funneling for discrete purposes so much money in excess of actual specific needs, creating funding imbalances that either or both impair getting money to real needs or take too much money from the citizenry.

Instead, we get the likes of Brossett moaning about using funds collected from continuing operations for continuing operations of an important nature, higher education, instead of letting them earn interest, or Henry, who has a slightly better argument because the convoluted system makes the use of the funds technically coming from debt, although the “repayment” tactic seems more like a swap – funding capital projects worth $120 million not so much concerning the center but in New Orleans as a whole. Still, does Henry seriously prefer allowing the excess to be spent only on the Authority’s facilities and otherwise to lie fallow, meaning budget cuts would have to occur somewhere that he has not volunteered to specify, to putting it to work in funding higher education?

Of course, this all would be moot with the proper reforms that allow for procedures that better match revenues gathered and distributed on the basis of genuine need. Perhaps this episode might finally galvanize enough political courage among legislators to engage in some meaningful change actions instead using these instances of budget gimmickry to strike a pose.

Interested in more news from Louisiana? We've got you covered! See More Louisiana News
Previous Article BEAM: Corruption Title Is Hard For Louisiana To Shake
Next Article Do The Feds Want Your Retirement Accounts?