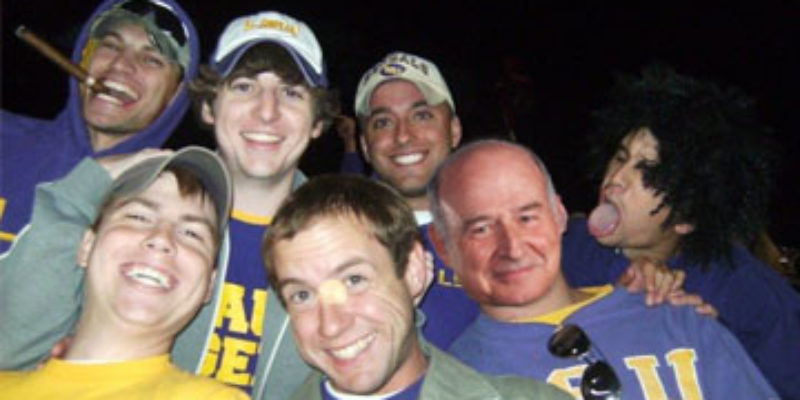 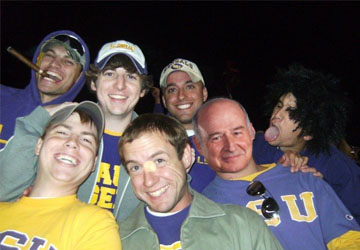 The pole position on this one, of course is SB 147, Dale Erdey’s ridiculous ban on using social media while driving. But if that bill, which like all too many uncommonly stupid legislative overreaches passed on the Senate floor yesterday on an overwhelming 25-9 vote, is to have competition for the title this year it could be from Terry Brown’s HB 144.

Brown (I-Colfax) has delivered unto the legislature a masterpiece of nanny-state idiocy. His bill would insert the state legislature into the vital question of the distribution of student football tickets at LSU. This, of course, is a matter of vital importance which requires the full weight of the state government and an alteration of Title 17 of the Louisiana Revised Statutes to the effect that…

§1819. Student tickets; Louisiana State University; football
Notwithstanding any law, rule, regulation, or policy to the contrary, the Board of Supervisors of Louisiana State University and Agricultural and Mechanical College shall make available to each first-time entering freshman enrolled at Louisiana State University at Baton Rouge on a full-time basis at least one student ticket for purchase to attend each football game held that year in Tiger Stadium. The student ticket purchase period shall be conducted on five consecutive days prior to the beginning of each football season, and any tickets remaining unsold after the five-day purchase period shall be made available to the general public for purchase as determined by the board pursuant to board policy.

Brown told the Times-Picayune that forcing LSU to kneel to the Legislature’s wisdom for the benefit of the poor freshmen is a grave necessity, because, well…

Brown, who waited to file the bill until his child graduated from LSU, said it was “a crime” that freshmen are forced to pay up to $300 for tickets scalped from upperclassmen for the most popular games.

“LSU should be ashamed of themselves for doing the students that way. It’s about fairness,” Brown said Thursday. “All I’m asking is for those children, students who made the score to get into the flagship university, (to be) allowed the privilege of sitting in Tiger Stadium.”

This is so because LSU’s current student ticket policy for football works on seniority – upperclassmen have a one-week window in which to buy tickets, and what’s left goes to freshmen based on a lottery system. There are 14,600 student tickets in Tiger Stadium, which seats around 92,000. Some 69,000 seats are reserved for season ticket holders, while another 7,000 go for visitors.

LSU’s Student Government Association sets the policy for student football tickets. Brown thinks it’s horrible and he thinks he can do a better job.

Of course he can. He had a kid who went to LSU. Brown, of course, went to Northwestern State. And he knows all about how to allocate football tickets because he…used to work at DOTD.

Brown hopes to reach an agreement with Chairman Danos, who he expects to talk to again on Friday, before advancing the bill.

Danos told Brown he was unaware freshmen did not have the opportunity to buy tickets to all games. Brown said he believed what the chairman said, but if a compromise could not be made, he will introduce his bill into the education committee next week.

“I’ll bring it up. I may get kicked. But at least everyone will know they’re being unfair,” Brown said.

The suspicion here is that’s not exactly what Hank Danos told Brown; we’re guessing what Danos said was more like “you want to do WHAT?”

LSU shouldn’t compromise with Brown on his idiotic bill. LSU should tell Brown, as nicely as possible since he seems to be a nice guy in his own right, to get stuffed and go away.

It isn’t the Legislature’s job to set ticket policy at LSU – for students or anyone else. LSU manages to make money on football tickets and LSU’s student section is one of the liveliest and most fun in all of college football. Perhaps one reason why the student section is so terrific at LSU is the students aren’t just handed football tickets simply because they showed up on campus but had to earn them by becoming sophomores or juniors.

Earning things makes them more valuable, you see, and you enjoy them more.

But even if LSU’s Student Government Association was doing a terrible job allocating its tickets, the state legislature has hardly established a track record of excellence in designing systems that would merit perverting the concept of limited government.

Still, it’s a noteworthy bill. And if Brown wanted to get himself some attention and publicity – knowing that with a name like Brown he’s unlikely to have it misspelled – then he’s succeeded.

Good for him. Now can we please kill this thing so the legislature can move on to things they’re actually supposed to do?