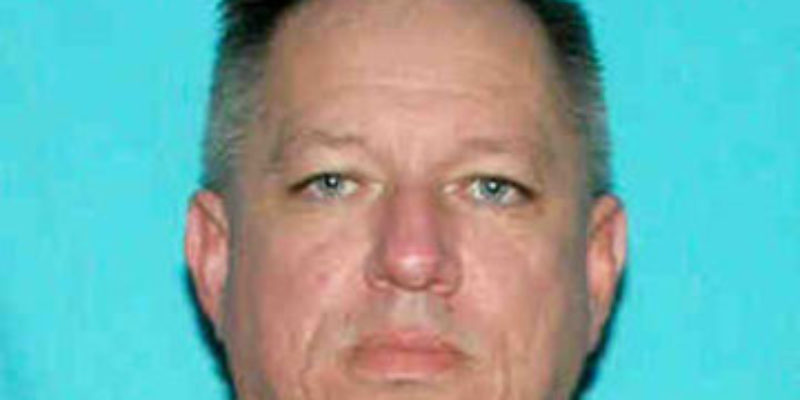 For all the uproar over that crazy video coming out of the Orleans Parish Prison and the fight between Mitch Landrieu and Marlin Gusman over who gets to run that jail, what’s going on at OPP might not actually be the most bizarre law enforcement story in Louisiana.

Leesville gets that designation, from the looks of things.

The police chief there was a man named Bobby Hickman. In June of 2011, Hickman found himself going from top cop to inmate when he was arrested on an array of federal charges emanating from a case of sticky fingers with the contensts of the evidence locker…

According to a spokesperson with the Vernon Parish Sheriff’s Office, former Leesville Police Chief Bobby Hickman was arrested around 9 a.m. by the Federal Bureau of Investigation.

The sheriff’s office assisted in the arrest. The spokesman said that Hickman was taken to Lake Charles to appear before a federal magistrate on “some type of federal indictment.”

No one with the U.S. Attorney’s Office was available to comment on the arrest Friday afternoon. Federal Bureau of Investigations spokesperson Sheila Thorne said she could neither confirm or deny the arrest.

Leesville Mayor Robert Rose told Leader staff that the entirety of the civil service investigation concerning Hickman, and former police officers Michael Cash and John Sims, was available at city hall. That 17-page document is attached to this story.

All three were either terminated or resigned from the city’s police force amid an investigation that began after former Leesville city police officer Charlie Lopez pled guilty to one count of conspiracy to possess with the intent to distribute Dihydrocodeinone and one count of distribution of anabolic steroids in Lake Charles federal court Thursday, Nov. 4, 2010.

The investigation that produced Hickman’s arrest had lots of participants; namely, the Bureau of Alcohol, Tobacco, Firearms and Explosives; the Leesville Police Department; the Federal Bureau of Investigation; the Louisiana State Police and the Vernon Parish Sheriff’s Office. Hickman, who had been fired in January of 2011 for irregularities involving this and other matters, was ultimately sentenced to 46 months in jail for weapons charges; namely…

Finley said thereafter, on March 9, 2011, the acting chief of the Leesville Police Department applied for and obtained a state search warrant for Hickman’s residence to look for and recover departmental equipment issued to Hickman and not returned prior to his termination.

Finley said when the search warrant was executed by deputies of the Vernon Parish Sheriff’s Office, Hickman retrieved a Charter Arms revolver from behind his bedroom television and stated that the firearm belonged to the City of Leesville.

Finley said that Hickman pointed out that the serial number had been obliterated.

Federal law prohibits the possession of firearms on which the manufacturer’s or importer’s serial numbers have been altered or obliterated. At Hickman’s guilty plea in June of 2012, he agreed to the forfeiture of three weapons, including a sawed-off shotgun, Finley said.

Finley stated, “The law prohibits anyone from possessing a firearm that has an obliterated (removed) serial number. This statute requires that firearms have to possess a manufacturer’s or importer’s serial number. The purpose is to assist law enforcement in combating crime and to keep firearms out of the hands of those who illegally possess them. Chief Hickman knew that the possession of this weapon was illegal, but he chose to ignore the law. This sentence should send a message that no one is above the law. Our goal is to keep our communities safe. We will continue to partner with our state and local law enforcement agencies to ensure compliance with these laws.”

Hickman also had in his possession a sawed-off shotgun that had been stolen from a civilian contractor at Ft. Polk.

And that’s not all. Here’s the genesis of how this thing got started…

It’s not a good time to be a Leesville, Louisiana cop. Charlie Lopez pleaded guilty to drug charges last week after agreeing to cooperate with a U.S. Attorney’s Office and FBI investigation. Lopez faces up to 10 years in prison and a $50,000 fine for one count of conspiracy to possess with the intent to distribute hydrocodone and one count of distributing anabolic steroids.

He claims that Chief of Police Bobby Hickman gave him a promotion and overtime approval in exchange for 20-45 Hyrdocodone and Valium pills every week, since February 2009.

The investigation began in June wenn Leesville police informant George Tierney was pulled over for a traffic stop by the Rosepine Chief of Police, Dennis Parrott, who found hydrocodone pills, and that the 2001 Ford Mustang Tierney was driving was registered to Lopez. (Nice job of getting out from behind the desk, Parrott!)

After the arrest, the FBI became involved. When Tierney was arrested in October for a May distribution of Xanax charge, he confessed to obtaining and distributing prescription pills to Lopez, John Simms and Michael Cash. Vernon Parish Narcotics agents also siezed a 9mm semi-automatic pistol that Tierney claimed was given to him by Simms and Lopez, which Lopez seized during a 2007 investigation, but was taken out of an evidence locker.

Lopez was arrested shortly thereafter for selling steroids to another informant in the police parking lot. He quickly rolled over on his fellow officers, and reported that Cash was also supplying Hickman with pills. (They sure picked the weak link on this one.)

All this is old news. What’s not old news, though, was what happened a couple of weeks back, which was that Hickman just wangled a nice windfall out of the city of Leesville – probably enough to keep him in shivs and cigarettes for the rest of his sentence and then some…

The 3rd Circuit Court of Appeals has reversed a decision on former Leesville Police Chief Bobby Hickman’s termination, rendering a judgment reinstating his employment retroactive to the date of his original termination.

Hickman was terminated by the City of Leesville in January 2011 amid an internal investigation into alleged wrongdoing.

The Leesville Municipal Fire and Police Civil Service Board affirmed the city’s termination during a termination appeal hearing in September 2011. That decision was later upheld in state district court, but Hickman appealed the 30th Judicial District Court decision.

Hickman claimed the city violated state civil service law and the Police Officer’s Bill of Rights in his firing. He also claimed that his constitutional rights were violated in the process.

The city, however, argued that Hickman failed to participate in the internal investigation and that his termination was in order under state law.

The city hired a private investigator and Hickman failed to appear at an interview with him.

Hickman argued that the interview was scheduled after the 60-day time period allotted for an investigation under state law. The civil service panel later denied an extension to the investigation.

3rd Circuit judges, in their ruling, found that the city’s reliance on the state law regarding participation in investigations was “misplaced.”

“We find that the City erred in relying on La.R.S. 33:2426 as a basis for the termination of Mr. Hickman. It appears that the City probably did so realizing that the time period for the initial investigation had expired and the Board refused to extend it. Therefore, we find that the actions taken against Mr. Hickman were an absolute nullity pursuant to La.R.S. 40:2531(C),” the ruling states.

So Hickman is now owed back pay and benefits all the way back to January of 2011.

The ruling was unanimous, which doesn’t speak all that well of the City of Leesville’s lawyers not to have built a good case against Hickman. As a matter of law, this doesn’t really look like a particularly tough case.

But doesn’t this indicate a lack of honor here? When you’re the police chief and you get terminated as part of a rather massive investigation into wrongdoing you’ve committed while abusing your power, do you really go after back pay?

Wouldn’t you resign in the first place? Forcing your boss to jump through hoops to fire you when you’re on your way to jail doesn’t speak too well of your character, does it?

One wouldn’t suspect Hickman will be hanging his hat in Leesville for long after he gets let out. That’s probably a good thing after all the money he just took those people for.

Interested in more news from Louisiana? We've got you covered! See More Louisiana News
Previous Article At The Ways And Means Committee…Not Much
Next Article SADOW: Sifting Through The Ruins Of Tax Reform