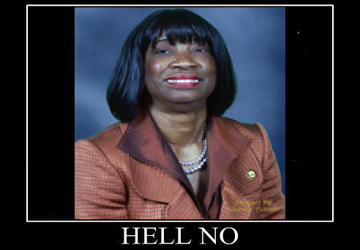 Like reoccurrences of venereal disease, each year for the past several the Louisiana Legislature has had inflicted upon it versions of bills called the Equal Pay for Women Act, the agendas of which is not what its sponsors claim and what agenda they claim addresses a nonexistent problem to the detriment of society.

The bills, duplicating the language of previous failed efforts, would define a prohibited employment practice for employers of four or more where pay differs on the basis of gender, and sets up a procedure receive damages if a violation is present. This year versions applying to the private sector are known as HB 453 by state Rep. Barbara Norton and SB 153 by state Sen. Edwin Murray clones Norton’s. HB 68 by state Sen. Karen Peterson does the same for state and local government employment. The important operative phrase in all three is this:

No employer may discriminate against an employee on the basis of sex by paying wages to an employee at a rate less than that of another employee for the same or substantially similar work on jobs in which their performance requires equal skill, effort, education, and responsibility and which are performed under similar working conditions including time worked in the position. (emphases added)

In other words, this introduces the “comparable worth” concept into state law as a way of combating assumed pay differentials between men and women. These days, the oft-quoted, but meaningless, figure is women in Louisiana get paid 69 cents on every dollar men earn – meaningless because it looks simply the aggregation of incomes from all jobs, ignoring such considerations as

In fact, for decades now, when taking these considerations into account, the percentage of male wages earned by women in the same job consistently hovers around a statistically insignificant 98 percent. And in some categories, such as among single, childless, urban workers in their twenties, using the all jobs, all workers standard that ignores these variables, women earned an average of eight percent more than their male counterparts – probably because more women are going to college now than men.

Those differences come from different productivity, and that’s why the comparable worth standard in these bills is particularly insidious. It tries to create a standard where pay is on the basis of presumed qualifications and skills required, not on the actual output by each individual employee as valued in the marketplace. And this would reach across job categories, not just within jobs. It would mandate, for example, that registered nurses (most being women) had to be paid more than computer programmers (mostly male) because they would need bachelors’ degrees in the former instance as opposed to associates’ degrees in the latter, regardless of market demands. The wording of the bills, while not explicitly demanding this, is such that they could be interpreted this way; the authors aren’t saying whether they hope an activist judiciary could take laws like these on such a ride.

The concept behind the bills simply puts ideological prejudice ahead of the freedom of employers to pay according to the actual contribution made by an employee, as shaped by market forces. The free market, not government fiat, should determine why people earn what they do (a basic law of human behavior already ignored by minimum wage laws) as the multitude of voluntary transactions controlled by no one group does the best job of appropriate pricing.

These bills presume to address a problem that doesn’t exist in a way that supports a contemptible political agenda that limits freedom, will distort the economy in less productive directions, and will cause discrimination on the basis of that agenda. If they come to votes in their respective committees, just as in their past forms they require speedy rejection.

Interested in more news from Louisiana? We've got you covered! See More Louisiana News
Previous Article The Advocate Goes Full MSNBC In Defense Of The Income Tax
Next Article BEAM: An Income Tax Repeal By Any Means Necessary