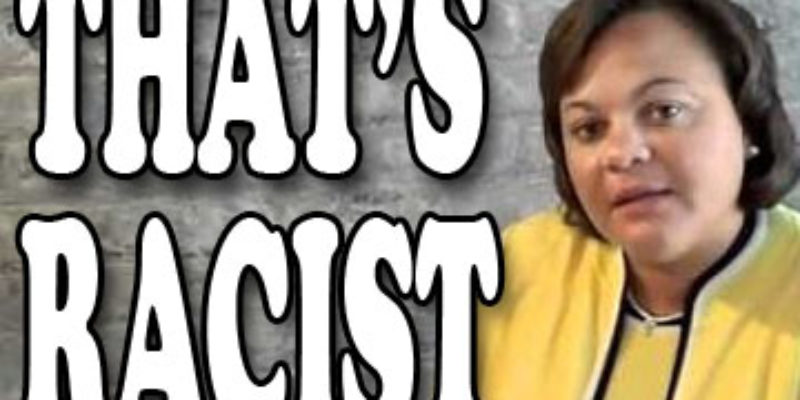 Now we know that the Louisiana Democrat Party has nothing left to offer but vicious, spiteful, ridiculous race-baiting to the people of the state. We know this because the chair of that party, one Sen. Karen Carter Peterson, put this forth on the floor of that legislative body today… 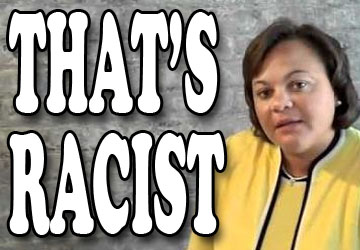 According to Peterson, you’re either for the expansion of Medicaid which would entail having better than half the population of this state receiving health insurance from the government well within the next decade, at the likely cost TO THE STATE of hundreds of millions of dollars even while putting Louisiana more in thrall to the whims of the federal government (when several members of Congress including the chairman of the House Budget Committee have made very clear that federal matching funds for Medicaid cannot and will not continue at their current levels of generosity)…you’re either in favor of that sucker play, or you hate black people.

Because Newt Gingrich once had an idea that was similar in some respects to other parts of Obamacare.

Of course, Gingrich was absolutely never in favor of expanding Medicaid, and for Peterson to suggest as much shows her to be a bald-faced liar. What Gingrich espoused was an individual mandate to buy health insurance, a position which has since been roundly condemned as an infringement on individual rights and is, according to the Supreme Court, not a constitutionally viable action (let’s remember that Obamacare survived its trip to the Supreme Court only as a tax, which Peterson’s allies on the national scene denied it was at the time of its passage).

What Peterson doesn’t have the stones to say is what she wants to say deep in her heart – namely, that if you oppose Medicaid expansion what you’re opposing is government health insurance for as many as a half-million mostly black people, and opposing any government program that has the effect of giving free stuff to black people is racist. She won’t go there, of course, because she knows that if she does that she’s going to finish off the rest of the white Democrats in this state who aren’t in government jobs (and even a good many who are) as members of that party.

Because – again – you’re not allowed to hold the opinion that free government stuff for black people isn’t particularly effective at helping black people rise into the middle class, start businesses, build net worth or establish healthy and prosperous neighborhoods and communities. To hold such an opinion is…racist.

Why? Because Karen Carter Peterson says so, and to question her is…racist.

We’re not allowed to have an honest discussion of issues and policy. Not when she’s around. What we’re allowed to have is a lecture about how you do what she says or she race-baits you.

The question worth asking Peterson, in light of her shameful display on the Senate floor, is this: is she shilling for Obamacare for any reason other than that it’s the singular legislative achievement of a president who happens to share her ethnicity?

Is it all about race for Peterson? Because given that “you’re a racist” is the best argument she can offer in favor of the Medicaid expansion, we’re going to have to be convinced that there is anything in that woman’s head other than identity politics and tribalistic vitriol.

Certainly Louisiana – even the Louisiana Democrat Party – can do better than this.