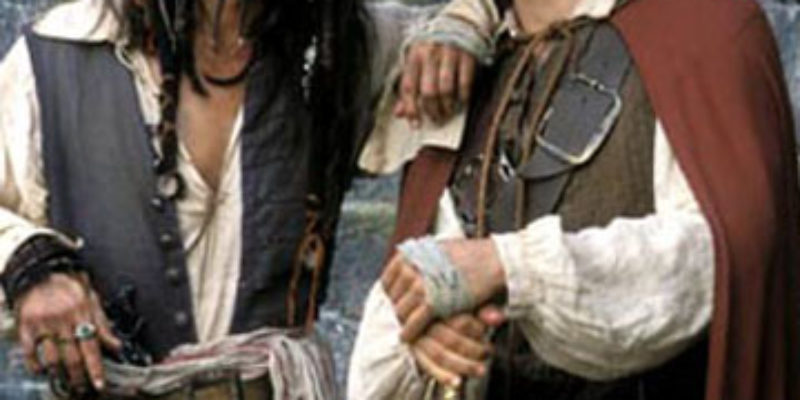 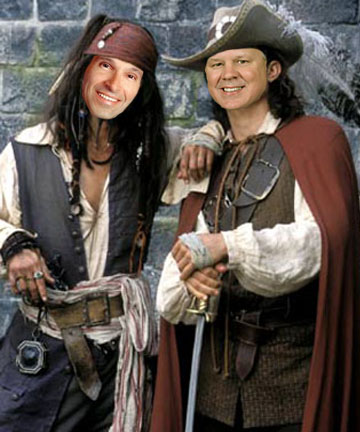 In a luncheon meeting with Republican senators today, Gov. Bobby Jindal told them he would not sign off on the expansion of Medicaid even if a bill that calls for the increased coverage passes the Legislature. He further told them to let him take the blame with their constituents who want the expansion. “I’ll take the heat,” he said, according to three senators.

He told the senators that under the Affordable Care Act, the state Department of Health and Hospitals is the authorizing agency for Medicaid and that an act of the Legislature would not change that.

A statement from governor’s press secretary Sean Lansing about the meeting read, “The Governor told senators that the reason he is opposed to implementing ObamaCare’s Medicaid Expansion is that it will move 248,000 individuals off of their private insurance and dump them into Medicaid, it will cause private insurance premiums for the rest of Louisiana to rise, it will result in 41 percent of the state’s population having to rely on Medicaid for their health care needs, and it will cost the state $1.7 billion.”

Jindal’s position could render moot the controversial Senate Bill 125 by Sen. Karen Carter Peterson, D-New Orleans, that cleared the Senate Health and Welfare Committee yesterday. Yet some senators are still undecided on how they will vote, which caused them to ask Jindal to meet with them in the Senate dining room.

In that committee vote Tuesday, three Republicans – Bret Allain (R-Franklin), Sherri Buffington (R-Keithville) and Dan Claitor (R-Baton Rouge) – were opposed. But one Republican – Fred Mills (R-New Iberia), voted in favor. It was Mills’ vote that moved the bill out of the committee.

You probably won’t read anywhere else that since Mills owns a pharmacy, his vote for the Medicaid expansion was more or less a vote for his own pocketbook. Perhaps nobody else thinks it’s news, or particularly egregious, for Louisiana legislators to be voting themselves money out of the government till.

In any event: from the House, another piece of news – this from a column in POLITICO by Grover Norquist on “bed taxes” on hospitals – one of which is being proposed by Republican House Speaker Chuck Kleckley…

State legislators, both Republican and Democrat alike, in a number of states have introduced health care provider taxes in order to game the federal Medicaid matching fund system. Here is the way the game currently works: Step 1, state legislators raise taxes on health care providers; step 2, this activates a drawdown of as much as two to nearly three federal dollars for every dollar in tax hikes on health care providers; step 3, state officials in turn give money back to the hospitals to make them whole; step 4, legislators pocket the extra federal dollars and, voila, have more money to either increase state spending or avoid necessary budgetary restraint.

Republicans are just as guilty as Democrats of playing this shameless and indefensible racket, which is only increasing the rate at which Medicaid goes belly up. Former Republican Georgia Gov. Sonny Perdue signed a hospital bed tax into law for this very purpose in 2010. Bill Haslam, the Republican governor of Tennessee, signed into law a 4.52 percent tax on hospitals in 2011 in order to bring in some more of that sweet, sweet, debt-financed federal cash.

Louisiana is finishing the fourth week of its 2013 legislative session. There, the Republican Speaker of the House, Chuck Kleckley, has introduced a bill that seeks to impose a new state levy on hospitals in order to bring in more federal matching dollars. That bill will be voted on by the Louisiana House as early as Thursday. If Louisiana legislators, most of whom were elected on a platform of limited government and fiscal restraint, remain true to the principles they campaigned on, they will reject the speaker’s dubious proposal.

What do these have in common? Simple. Republican state legislators, oblivious to the big picture, happily expanding government control of health care. This at the same time Washington is beginning to recognize that moving in that direction is a “train wreck.”

Nationally, Obamacare remains greatly unpopular, and that’s with a recent poll showing that 42 percent of the public isn’t even aware it’s the law of the land.

For Republicans to essentially endorse it constitutes the very depth of stupidity. Expanding Medicaid – which is Obamacare, don’t make any mistake about that – means killing private health insurance and paving the way for a single-payer system.

Jindal was correct in noting that Medicaid expansion will put 250,000 or more Louisianans off private health insurance and into the public sector, and that the net effect would be to put some 41 percent of the people in this state on the government dole. If you’re a Republican and this doesn’t horrify you, you ain’t much of a Republican.

Oh, the response goes, but this is FEDERAL money. I can’t change what happens in Washington, and we’re paying for it anyway. We might as well get the benefit of it. It’s free money, after all.

In other words, the bank is poorly guarded – so let’s go rob it.

Or perhaps more to the point, look at those juicy Spanish galleons loaded with swag and lacking in cannons!

The feds are in debt to the tune of $16 trillion. They’re running out of cash, fast. At some point very soon the current levels of funding for things like Medicaid will no longer sustain. Paul Ryan, the chair of the House Budget Committee, said as much a couple of weeks ago.

Which means that putting more Louisianans on the government dole in the false assumption that Louisiana’s state treasury won’t have to cover the costs is a highly irresponsible idea.

The same is true on Kleckley’s “bed tax.” Running a scam on the federal government which is broke is, what? A good idea? Nobody suffers from that?

Perhaps the calculus is that Congress, made up of folks from states running this scam, won’t put an end to it any time soon.

Republicans in the Legislature ought to be doing everything they can to expand the availability and affordability of private health insurance. They ought to be doing everything they can to attract doctors and other health care providers to the state – which doesn’t mean rebuilding the state-run Charity Hospital system; it means finding ways to knock down the cost of medical malpractice insurance, making it easier for docs to open up a practice, and so on. And they ought to be working to expand the economy so there are more people working at good jobs which either carry health coverage or pay enough to support premiums on an individual plan. And Republicans in the legislature ought to be working on making it possible for insurers to sell cheap individual health plans so young and healthy Louisianans for whom an expensive health plan is a dumb investment don’t have to go to the emergency room if something happens.

If that’s happening and we just haven’t heard about it, fine. Something tells me it isn’t, though, because if the focus was on making health care cheaper and more accessible rather than whether we should embrace socialized medicine – whether we call it Medicaid or Obamacare – then we wouldn’t be hearing about these plans to plunder those increasingly empty galleons.

UDPATE: Oh, and did we mention this?

Specifically, researchers found that those who received Medicaid increased their annual health care spending by $1,172, or 35 percent more than those who did not receive Medicaid. Those with Medicaid were more likely to be screened for diabetes and use diabetes medication and to make use of other preventive care measures. The study also examined health metrics including blood pressure and cholesterol.

Ultimately, the authors concluded that, “This randomized, controlled study showed that Medicaid coverage generated no significant improvements in measured health outcomes in the first two years, but it did increase use of health services, raise rates of diabetes detection and management, lower rates of depression, and reduce financial strain.”

So, the study suggests that expanding Medicaid is one way of reducing financial pressure on low-income groups, but it’s costly and does not improve their health.

Another interesting finding was that though medical spending increased among Medicaid enrollees due to more prescription drug usage and doctors’ visits, the study “did not find significant changes in visits to the emergency department or hospital admissions.” This undercuts another favorite talking point of liberals, which is that expanding insurance actually saves money by reducing costly emergency room visits.

So what we’ve got is a few Republicans in the state legislature signing on to an idea the governor opposes, in service to a stupid federal plan the people oppose, with no political benefit to them or policy benefit to the folks they’re supposed to help by further bankrupting to the federal treasury which is already headed for collapse.

They don’t call the GOP the Stupid Party for nothing.