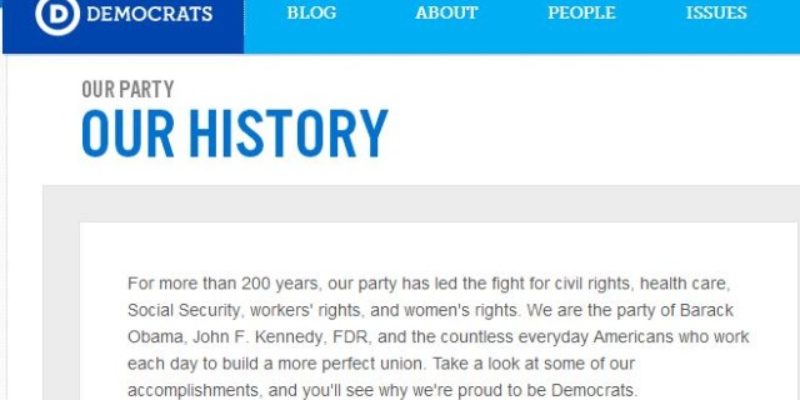 This came to mind with today’s development that MSNBC moron Chris Hayes tried to cast segregationist Democrat governor George Wallace as a Republican on his show, which has the conservative blogosphere buzzing with indignation.

Of course Hayes is trying to whitewash history, just as his fellow leftists like Bob Mann can’t stop making libelous accusations about “racist” Republicans as a substitute for intelligent dialogue of which they’re incapable.

But this goes even deeper. Check out what you’ll find at the “history” section of the Democrat Party’s website… 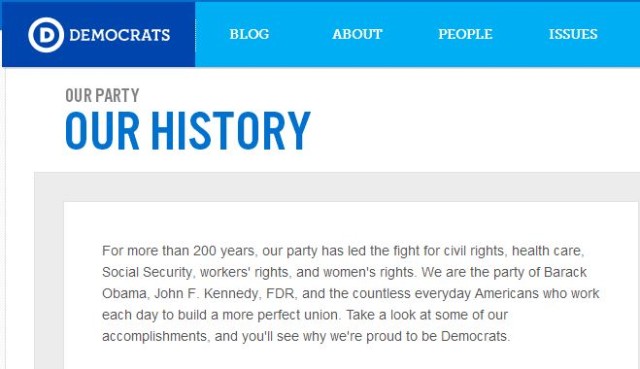 We had to do this as a screenshot in case they decided to pull it down.

The party of slavery and the Ku Klux Klan, segregation and Jim Crow has the gall to declare they’ve been fighting for civil rights all along.

They claim FDR as a civil rights champion. That’s the FDR who imprisoned Japanese-Americans merely for their ethnicity during World War II.

It’s breathtaking stuff. But it’s what you get from the Democrat Party, which needs an ignorant and dependent electorate in order to survive.