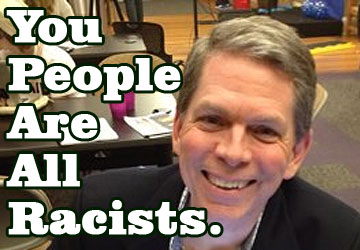 But I’m not going to say it today. I’m holding my fire on the issue. Rather than respond to his “Republicans won’t get anywhere with black people because black people know Republicans are racist” screed from yesterday, I’ll just say that if our readers will hang on until Tuesday afternoon they’ll see why I’m leaving him alone for now.

Needless to say my response to Lord Bob will be a negative one. My folks were in New Orleans over the weekend visiting family, as was I, and it was interesting to say the least to see their reaction to their son being attacked publicly in the newspaper they’ve read for most of their lives.

Thanks for that, Lord Bob.

"Give my regards to your puppet master." - Elon Musk, to a Washington Post reporter attempting to interview him for an unfriendly piece. The Post's owner Jeff Bezos also owns a competitor to Musk's SpaceX venture.
More Quotes