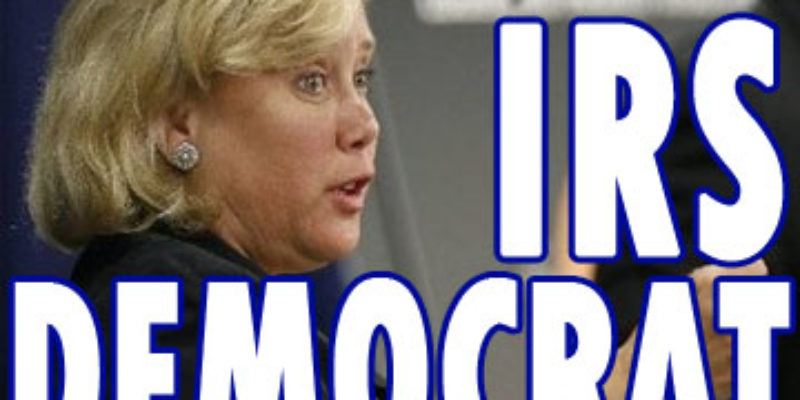 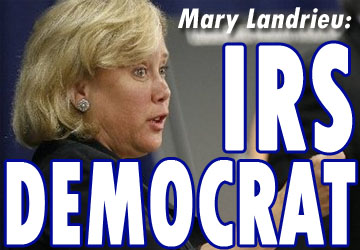 From a press release put out this morning by the Louisiana Republican Party, a challenge Mary Landrieu won’t find very convenient…

As the controversy over the IRS continues to swell in Washington, the Republican Party of Louisiana is challenging Senator Mary Landrieu to return the $23,000 in contributions she received from the National Treasury Employees union.

Senator Landrieu is one of the largest recipients of the IRS unions’ dollars in the Senate.

Recently, Landrieu has been quiet on the issue and has ignored requests from the NRSC and the LAGOP to return the contributions.

“As more details come to light, it’s appalling that our senator has been receiving money from this group, which has for years targeted those who disagree with her,” LAGOP Chairman Roger Villere said. “It’s time that Senator Landrieu show the people of Louisiana who she stands with: her constituents or the IRS.”

The IRS is also set to be the enforcement agency of Obamacare, for which Senator Landrieu cast the deciding vote.

“This is ridiculous,” Villere said. “How can we allow a bureaucracy that can’t be trusted to approve tax exempt applications to be in charge of administering one-sixth of the nation’s economy?”

Tuesday, the Senate Conservatives Fund launched AbolishIRSNow.com. Since then, the site has collected over 34,000 signatures of people who support abolishing the IRS.

Most notably, on Tuesday, Congressman Bill Cassidy signed the pledge saying, “We need to replace the agency with something truly apolitical and limited in scope. Since there’ll be no IRS, the new entity will not have the mandate to enforce ObamaCare.”

“We stand with Congressman Cassidy and Senator Ted Cruz in eliminating the IRS,” said Villere. “Our tax system needs real reform that is simple and fair and will protect our freedoms from being subject to a bureaucratic witch hunt by federal agents.”

“We challenge Senator Landrieu to join us in condemning the chilling actions of the IRS and demanding that those responsible be held accountable for their actions,” he said. “Senator Landrieu has the opportunity to stand for her constituents by returning the contributions from the IRS union and firmly opposing this agency having anything to do with managing Obamacare.”

AbolishIRSNow.com now has over 35,000 people signed up for it. In less than two days.

There seems to be some movement among the state’s House delegation (at least among the members of that delegation not named Cedric Richmond) toward solidarity on the Abolish The IRS thing. Within a few days it wouldn’t be a surprise to see most, if not all, of the members to join Cassidy and Cruz, plus several other Republicans in the House and Senate, in supporting the abolition of the IRS.

Yesterday, nearly half of the show on The Five on Fox News was devoted to discussing getting rid of the IRS.

This isn’t some fringe thing. This is a fairly mainstream thing. The guess is it’s only going to grow as the IRS scandal blossoms and Obamacare looms.

And it couldn’t happen at a worse time for Mary Landrieu, who’s going to be known as an “IRS Democrat” before all this is over.