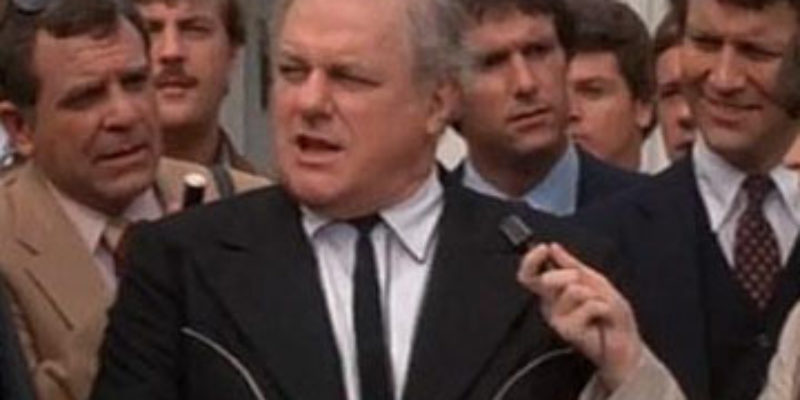 This, of course, came as it became obvious an authorization of force in Syria wouldn’t pass in the House and that it began to be apparent there wouldn’t even be a House vote for the Congressman from Lafayette to participate in.

Not exactly a bold position. Especially given the fact Boustany was one of the only Republicans to sign on to President Obama’s “Middle East policy” back in 2009, something he’s still taking heat for.

To Boustany’s credit, he ultimately stopped leaning and fell over as a hard no. This appeared on his Facebook yesterday evening…

“After much thought and careful consideration, I will not support the President’s request to authorize our nation’s military in Syria. I appreciate hearing many of your concerns and appreciate your input.”

Sen. David Vitter and Rep. John Fleming had already announced themselves as “no” votes last week. Rep. Steve Scalise, who we wish had been a little more out front on Syria given his solid record of leadership on lots of other important issues, put this out earlier today…

“After careful consideration and numerous briefings, I cannot support the Administration’s request for a resolution authorizing the use of military force in Syria,” Scalise said.  “The Administration has not made the case that military action in Syria is in America’s best interest, and I have strong concerns that we will be involving ourselves in a civil war where there are bad actors on both sides.”

Rep. Bill Cassidy never did come out with a position on the Syria attack, which is puzzling, though on Friday he said that he was “skeptical” about authorization, that calls to his office were overwhelmingly opposed and that he would give the president an opportunity to make his case for attacking Syria before giving a decision. Cassidy’s Republican opponent in the upcoming Senate election next year, Rob Maness, was forthright in his opposition early last week.

“The United States does not have a vital national interest in Syria, and our allies in the region are not in imminent danger. While the civilian death toll in the Syrian civil war is disturbing, the lives of our sons and daughters serving in United States military should not be risked in a mission that lacks full justification.”

And the incumbent in that Senate race?

“Using military force in Syria is a serious matter, and the President is correct to seek Congressional approval. I will carefully examine the facts in the coming days as Congress debates what the appropriate action is.”

That was a week ago.

She’s said nothing since.

But if you want real entertainment, check out Rep. Cedric Richmond’s Charles Durning-worthy sidestep on Syria…