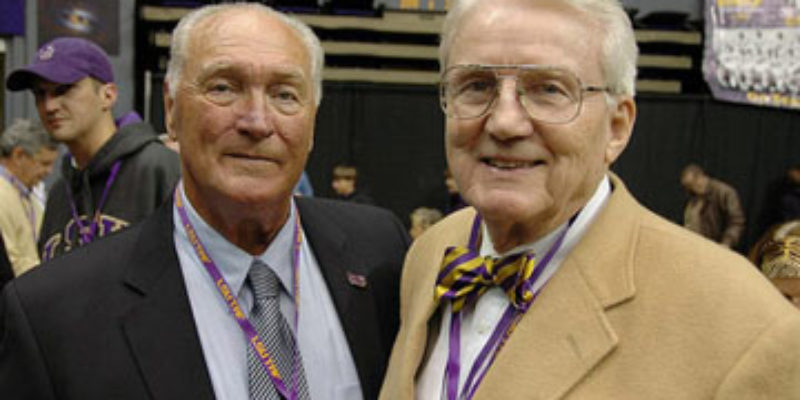 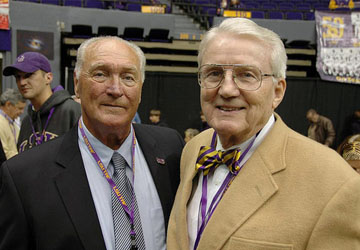 WWL has the story…

Legendary LSU football coach Paul Dietzel, who led the Tigers to their first modern day football national championship in 1958, has died.  He was 89.

LSU confirmed his death Tuesday after a brief illness.WAFB in Baton Rouge quotes Scooter Purvis, a member of the legendary LSU 1958 championship team, who said Dietzel died with his son, Steve, and two grandsons by his side.

His 1958 team, including future Heisman Trophy winner Billy Cannon, concluded an 11–0 season with a win over Clemson in the Sugar Bowl and was a consensus national champion.

Dietzel’s handprint on LSU football is unmistakable.   The famed Chinese bandits and his three-team platoon system were his creation. What came to be the LSU look, virtually unchanged since 1955, was his idea.

It was Dietzel who thought up uniforms of yellow gold helmets and pants and white jerseys with purple numerals and stripes. Old gold had been used previously.

Dietzel inherited a program down in the dumps and not much changed in his first three seasons. But, when the Tigers went to number one in 1958, a new era emerged and with it a culture of winning and the expectations.

When Dietzel left LSU after another great season in 1961, people were shocked. Stops at Army and South Carolina followed, but the ultra success found at LSU was never duplicated.

After leaving LSU in 1982, he and his wife remained in Baton Rouge, as Dietzel tapped into other talents, including writing, painting and serving as a motivational speaker.

Condolences go out to the Dietzel family. The Coach was a pillar of the community and a great man. He will be missed.