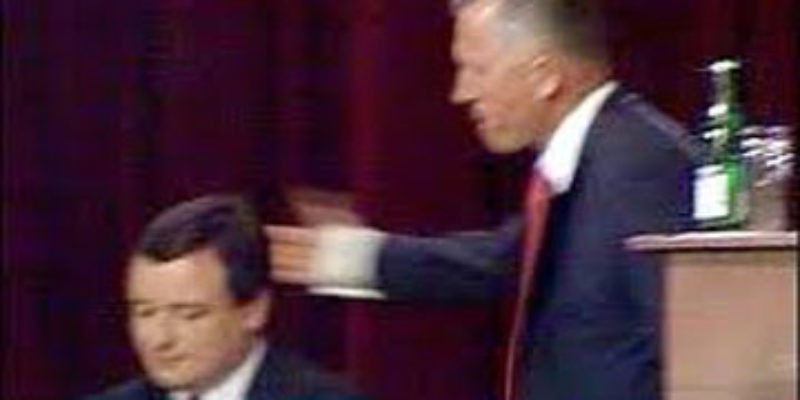 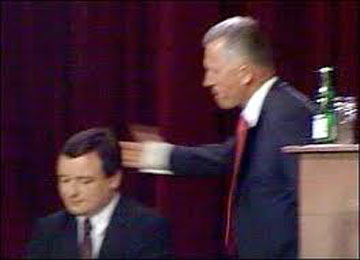 Years ago, I was a young and callow teen living in my father’s house. I enjoyed the benefits of the American dream as supplied by my two extremely hard-working parents. They worked. I went to school. They played. I mowed the lawn and played after ALL my chores were completed satisfactorily. The key word was –“after”.

Once, I thought I could get away without accomplishing a chore properly and with the precision my Dad required. I did a sloppy job and it wasn’t appreciated. He then applied the palm of his hand forcibly against the back of my head to drive the demons controlling my good senses and performance from my cranium. It worked. The demons fled and I while picking myself up I paid solemn attention to the question he posed: “If you didn’t have the time to do it correctly the first time, how in bejeezus will you have enough time to do it right a second time?” There was never a thought after that, that I’d get to play then earn my privileges.

As we suffer day three of the new, staged play being performed: “When Harry rejected Boner” we all sit; bound securely to our seats as our theater of the absurd collapses around us heralding the destruction of the American dream. I yearn for the day when it was acceptable to “Jack-slap” an ignorant, disruptive child as he ruined everything going on around him. “Jack –slapping” somebody means you suddenly slap, with an open hand, the back of his/her head real hard giving off the “smack” sound. It’s also called getting “Slapped upside the head”. While there are some thinking the exhibition of violence toward another is uncivilized, it does get your attention when nothing else seems to get through. Congress and Obama need a good “jack-slapping”. For Barbara Boxer and Nancy Pelosi we can substitute the always attention enhancing “Bi*ch Slap”.

We’ve descended into this “gentler, kinder society” always looking to make people feel better. We bribed, cajoled and entreated our children and our nation has gone to hell in a hand-basket. Benjamin Spock firmly imprinted his preposterous theories and became a millionaire many times over. But his theories started a moral degradation of societies around the world.

I’d say when you teach a child to reason you make the decision to make him responsible. When you teach him how to subvert his reason, changing it into making excuses for poor performance or self-service, you teach him to be conniving. Conniving is when you’re scheming, plotting and planning to do something that’ll be detrimental to SOMEBODY. In the case of Obama and the Congress, connivance is designed to continue taking power from the people allegedly in control of things. There have been factions conniving against the American people since before the ink dried on the Constitution and the Bill of Rights. Don’t believe it? Hamilton wanted Washington crowned King.

While I believe Obama and Congress both need a good “Jack-Slap” to get their attention, it must be admitted the American people need and deserve one as badly. Without the American people coming to consciousness as to what the actual costs are for the takeover of power and the abrogation of their rights under the Constitution and the Bill of Rights; there’s NO hope for the continuation of the United States of America as it was designed to exist.

This Congress, as developed and constituted of self-serving elitists with more money than brains, has devolved to the state it’s in at the moment, must be brought to its senses. The “demons” must be driven from Americans so they may again be the exceptional people looked to as leaders of moral and ethical governmental practice by all others in the world.

You need to jack-slap your incumbent senators and representatives and any local politicians trampling on your rights. Nobody learns unless it hurts in some way.

In prosperity, our friends know us. In adversity, we know our friends”
― G.K. Chesterton