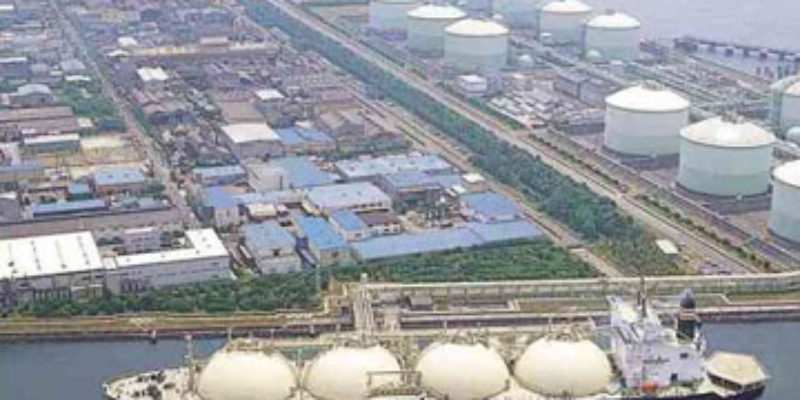 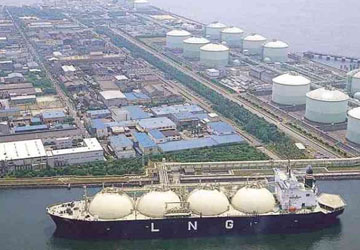 In March, at NASA’s Michoud Assembly Facility in New Orleans, Gov. Bobby Jindal took part in the launch of a production facility for storage tanks that would be used in the shipment of liquefied natural gas. Lockheed Martin Corp. is drawing on the experience it gained in building fuel tanks for the space program to manufacture the tanks for a Louisiana natural gas production and export industry that is ready for lift off.

In New Orleans, the governor noted that “Louisiana is at the forefront of the natural gas boom, and we are proud that Lockheed Martin has selected Louisiana to pursue new practical applications and technologies that harness this growing energy source.”

But it’s not just big businesses like the Bethesda, Md.-based Lockheed Martin that will benefit from this boom. The economic growth and job creation that are directly related to the nascent liquefied natural gas (LNG) export trade are cascading throughout the state’s business sector, creating one of the few bright spots in a state that has otherwise been struggling.

Louisiana’s natural gas production expanded by 134 percent from 2005 to 2011, according to a report from the Small Business & Entrepreneurship Council. And, while state and U.S. total employment declined overall in that period, Louisiana employment grew in three of the four energy sectors for which data was available: drilling oil and gas wells; supply and support, and pipeline construction. While the state’s employers overall shed nearly 18,000 jobs during this period, employers in the energy sector added more than 19,000 jobs, according to the SBEC.

That’s an incredible contrast. What’s more, most of this job growth and wealth creation in Louisiana’s energy sector is taking place among small businesses. If projections for strong LNG export in the near future are on the money, we could have a lot more of this economic expansion right here in Louisiana. The Haynesville Shale formation in northwest Louisiana, which contains vast quantities of economically recoverable natural gas, would be a prime development area for exports.

Before we get there, Washington needs to get going and approve LNG export terminals that are awaiting approval from trade officials. The U.S. Energy Department is only approving these new terminals at the rate of one every two years. That’s way too slow to meeting the rising global demand for LNG. To realize the vast economic potential that can be realized from the construction and operation of new LNG export facilities, we need to pick up the pace dramatically.

Energy Secretary Ernest Moniz told Reuters in August that his department will conduct a “fair amount of action” in evaluating applications for natural gas exports amid concerns within the industry over delays. “I’m planning to go through them as rapidly as I can,” Moniz said.

But U.S. firms are voicing frustration with the Energy Department’s lengthy delays and changes to the department’s rules. The Wall Street Journal recently reported that the Energy Department is considering applications from 20 projects to ship natural gas to countries that don’t have free-trade agreements with the U.S., “which include most energy-hungry Asian nations such as China and Japan.”

Breaking this bureaucratic logjam would give small businesses the confidence they need to pick up the pace on hiring – something that is badly needed. According to our August Small Business Optimism Index, despite two months of slow but steady gains, optimism lagged in June. As we note in the index, this appears par for the course, given that there is no reason for small employers to be more optimistic and lots of things to worry about. Washington remains bogged down in scandals and confidence in government’s ability to deal with our fundamental problems remains low.

Action in support of LNG exports represents a meaningful step that our government can take to begin to re-inspire the confidence that is so critical to hiring, expansion and growth. With President Obama coming to New Orleans tomorrow, we’d like to bring his attention to this important bit of policy which could actually better the economy in which tomorrow’s audience resides.

Clearly, the benefits to Louisiana from a free and robust LNG export market, one that meets the rising global demand for affordable and abundant energy, would be widespread. But to make this promise real, we need Washington to give these proposed export facilities the green light – and soon. Further delays will only postpone the growth and job creation we need right now.

Renee Amar is director of the National Federation of Independent Business/Louisiana. A version of this piece originally appeared in the August 16 edition of the New Orleans Times-Picayune.

Interested in more national news? We've got you covered! See More National News
Previous Article WAGUESPACK: Clouds On The Horizon From Flood Board Suit
Next Article Amid An Energy Boom, Louisiana’s Air Quality Is Improving