An unfortunate combination of contingency-fee lawyers, plaintiff-friendly judges, and a seemingly ethically-challenged state attorney general has earned Louisiana the dubious distinction of being named the number two “Judicial Hellhole” in the country by the American Tort Reform Association (ATRA).According to the annual ATRA report released today, Judicial Hellholes are defined as jurisdictions where the judiciary “systematically fail(s) to adhere to core judicial tenets or principles of the law.  They have strayed from the mission of providing legitimate victims a forum in which to seek just compensation.”

The Judicial Hellhole’s report specifically calls out Attorney General James “Buddy” Caldwell for establishing a “Buddy System” through which he hands out highly lucrative no-bid legal contracts to his political supporters without any kind of transparency or oversight. According to campaign finance records and documents, 12 firms who have contributed more than a quarter million dollars to Caldwell’s political campaign have received more than two dozen contracts to represent the Attorney General’s office in litigation, including, not surprisingly, two of his top campaign officials.  Caldwell is also heavily criticized for his office’s questionable interpretation of a law that seems to preclude him and other state officials from hiring outside counsel on a contingent fee basis.

“Obvious is the need for Louisiana lawmakers to enact legislation that eliminates or severely limits no-bid contracts for legal work,” the Hellholes report concludes. “If the state would not undertake a highway project without asking for competitive bids, it certainly should not undertake lawsuits without the same, good-government safeguard in place.”

The Hellholes report also shines a light on the avalanche of new litigation targeting energy operators in Louisiana and specifically calls out the state supreme court for its decision in the case Vermillion Parish School Board v. Louisiana Land & Exploration.

“The high court’s decision… allows surface owners to collect settlements or awards for damages from oil and gas producers that far exceed remediation costs and any amount contemplated in original land-use contracts,” explains Hellholes. “And since the law doesn’t even require successful plaintiffs to spend a dime of their lawsuit winnings on actual remediation, this long-running racket is surely to rev up once again.”

Further explaining the implications of the controversial high court ruling, Landry said, “Over the last decade, the legacy lawsuit trial lawyers have made many millions of dollars suing thousands of companies claiming environmental harm caused by oil and gas exploration and production activities conducted decades and sometimes a century ago.  More than 350 legacy lawsuits have been filed to date, but the velocity of cases is expected to increase significantly as a result of this new Supreme Court decision which exponentially increases the financial incentive for some to exploit Louisiana’s legal system for their own personal profit.”

“In addition, dozens of new government-sponsored lawsuits have been filed this year seeking ‘many, many billions of dollars’ from hundreds of oil and gas companies. Meanwhile, a system of ‘jackpot justice’ is unfolding in the aftermath of the BP settlement as hordes of trial lawyers actively recruit businesses to make claims against BP even if they weren’t impacted by the spill. Taken together, these legal actions reflect an unrelenting, all out assault by plaintiffs’ lawyers on businesses that provide many thousands of high-paying jobs for Louisianans and contribute billions in the form of local, state and federal tax revenues.”

Louisiana is no stranger to ATRA’s annual list, and was among the top five Judicial Hellholes for the first three years of the report, first released in 2002.  In recent years, Louisiana had moved from being a top Hellhole to the Watch List, but since its inception, the state has never escaped inclusion from the report.

In addition, many other national groups have questioned the state of Louisiana’s legal climate.  In 2012, the US Chamber of Commerce’s Institute for Legal Reform ranked Louisiana courts 49th out of all 50 states for legal fairness. The Manhattan Institute’s Center for Legal Policy has also labeled Louisiana as a “magnet for mass tort lawyers” and a “hotbed for new legal theories.”

“This jarring reputation as a Judicial Hellhole should concern every policymaker and citizen in the state,” Landry said.  “Louisiana has been called out on the national stage numerous times for its poor legal climate, and whether we like it or not, reputations matter.  The perception of a state’s legal climate affects how companies do business, and where they decide to invest and create new, well-paying jobs.”

“Right now, Louisiana is experiencing unprecedented economic growth due to the historically low price of natural gas,” Landry concluded.  “But how much are we leaving on the table because of our poor legal climate?  And what happens when the growth spurt is over?  We need to pass positive reforms now to improve the legal climate and create an environment that encourages investment and creates long-term, sustainable economic growth.”

The full text of the ATRA’s Judicial Hellholes report can be viewed at http://www.judicialhellholes.org. For more information about LLAW’s efforts to restore common sense and fairness to Louisiana courts, visit www.LLAW.org.

Interested in more news from Louisiana? We've got you covered! See More Louisiana News
Previous Article SADOW: Caldwell Is Drowning In The Flood Control Lawsuit
Next Article KENNEDY: If Not Higher Ed, Spend The Surplus On I-49 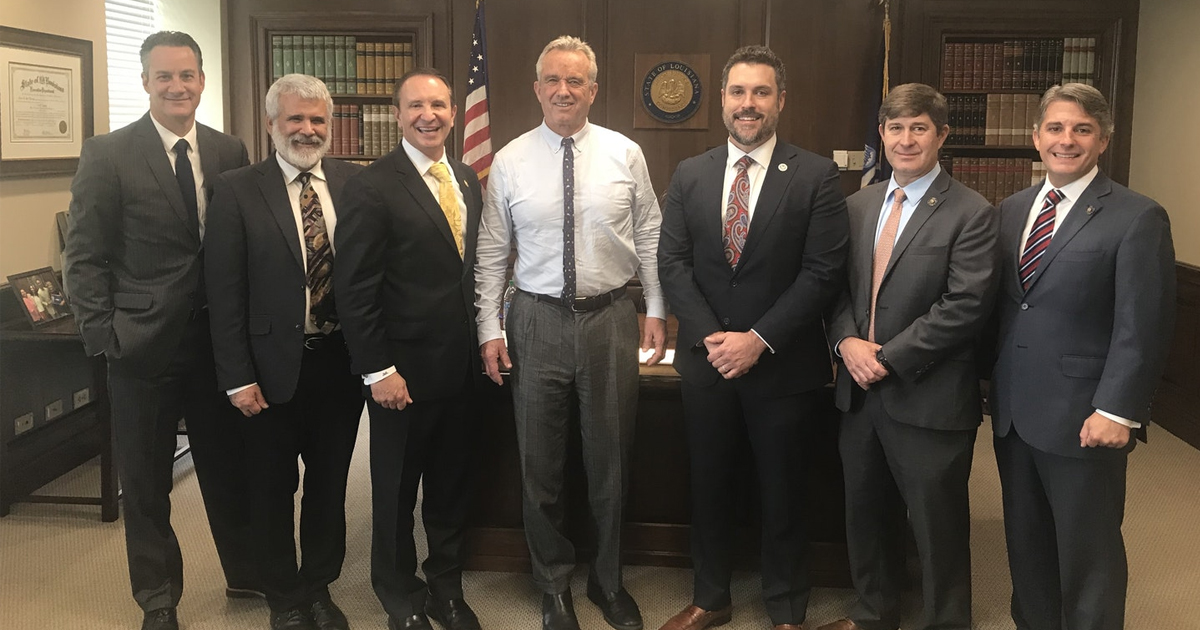