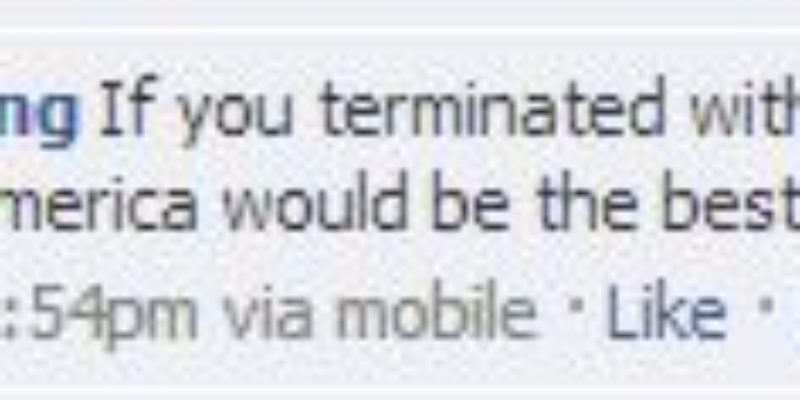 This video is one for the ages, and it demonstrates perfectly the stupidity of SEIU’s last-gasp attempts to make itself relevant to private-sector workers by demanding a $15-an-hour wage for the Wal-Mart employees it’s trying to unionize.

In it, Peter Schiff poses as a huckster for “15 For 15,” an imaginary left-wing pressure group aiming at making Wal-Mart charge 15 percent higher prices to support an increase of its employees wages to the $15 an hour SEIU is demanding for its workers.

He takes that pitch to customers outside a Wal-Mart, and surprisingly, the reaction is tepid at best…

After posting that video on his Facebook page, Schiff got well over 1,000 responses. Here’s his summary of what they looked like…

While most Americans spent the last few days peacefully celebrating the holidays with their families, hundreds if not thousands of people I’ve never met threatened me with bodily harm, attacked members of my family, issued death threats, described various diseases they hope I would fall victim to, and attacked me based on my Jewish religion.

“I really dislike you and am ashamed that you breath the same air as me,” came a Facebook note from one Karen Jordan.

After expressing his wish to see my wife and I murdered, Clayton Fletcher says, “Humanity would be much better off without these two gigantic wastes of human flesh and bone breathing in part of its air supply.”

“You are an evil person and you are part of what is wrong with this country,” Jeff Kernen of Eugene, Oreg., wrote me.

Allen Bates opined, “I hope you develop psoriasis on your [expletive].”

The blogger Truth Militia wrote to me, “[Expletive] you old [expletive], shut your mouth and die like a good gentile slave! These Jews make me so [explicative] sick.”

Our favorite was this one. Merry Christmas, one and all!

It’s becoming increasingly clear that you cannot teach economics to a left-winger. Willful ignorance of economics is why they’re left-wingers in the first place. What they understand is vitriol, demonization and whining until they get their way; actually making things work is for other people.