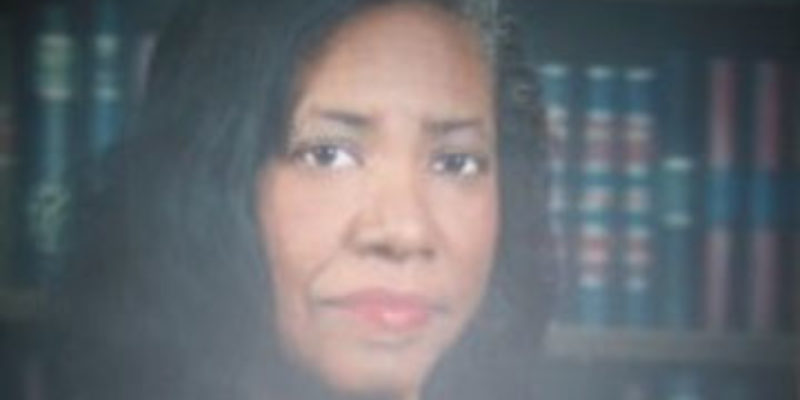 What if I told you that in the middle of a case an attorney has in front of a judge, that attorney is hosting a fundraiser for the judge? Would you say that’s a fairly brazen affront to public ethics?

Without looking at the legalities and just putting it in front of the smell test, would you agree that would be unacceptable?

Say hello to Wade Shows and Janice Clark, and the soiree they’ll both presumably be attending tonight… 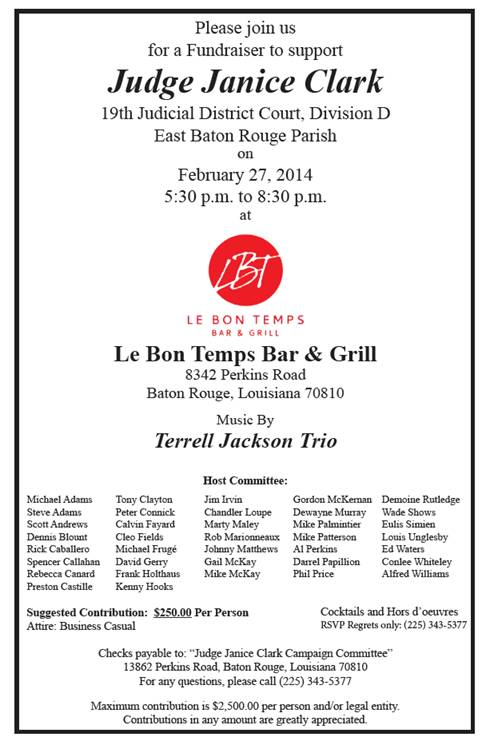 Perhaps Clark won’t be there, as the rules on finance for judicial elections are a little different than the ones for politicians.

Nevertheless, since Shows is representing the Attorney General in that legal case involving the granting of contingency fees to lawyers on those coastal lawsuits – the one which involved Clark threatening to put Louisiana Oil and Gas Association president Don Briggs in jail if he refused to go against his doctor’s recommendations and testify in this week – it certainly looks crooked.

Clark didn’t actually issue a bench warrant on Briggs. She agreed to continue the case. Our theory – part of which we formed after conferring with a source inside the 19th Judicial District Court building – is that the Briggs case was becoming a little bit too public and attracting too much press for Clark to continue with the strong-arm tactics.

Our source, who hadn’t heard about the fundraiser when we talked to him, said “for sure that’s why she gave that continuance.”

Whether an ethics case can be made about this shindig, we don’t know. But it’s stuff like this which contributes to the perception that Louisiana’s legal system is a giant septic tank – and that any case in front of Clark in particular will be a joke.

Interested in more news from Louisiana? We've got you covered! See More Louisiana News
Previous Article SADOW: The Suit Trying To Install Gay Marriage In Louisiana Is Meritless
Next Article No Indictment For Merritt Landry From The Grand Jury