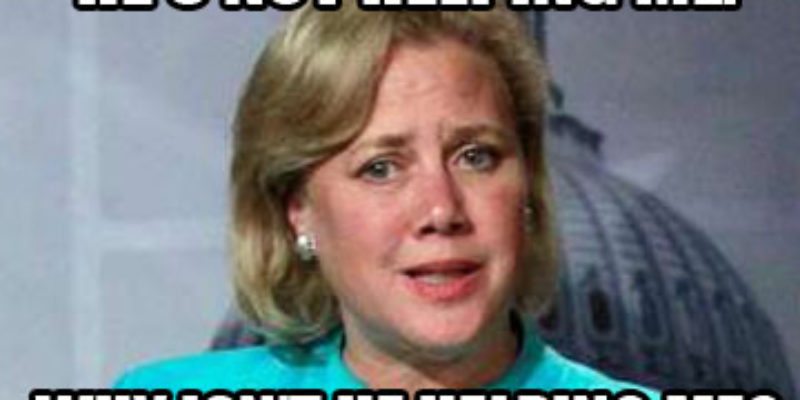 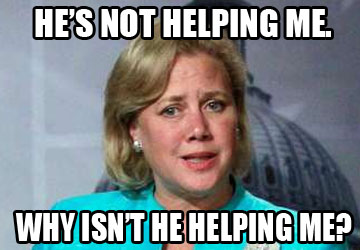 You know, maybe all of those counterfactual assertions that Rep. Bill Cassidy is a stark, raving, closeted liberal are true. That’s the only explanation as to why Pres. Barack Obama is doing everything possible to see that Sen. Mary Landrieu loses her reelection bid to him.

Poor Mary keeps getting the beatdown from her fellow Democrat and Dear Leader, even though she was the crucial vote that foisted the more expensive, worse performing, wealth redistributive overhaul of America’s health care system onto her suffering constituents, among the many other vigorous tail-wags she has surrendered to her master. Worse, the manner in which she continues to get whipped by him negates what she perceives is her major selling point to a Louisiana electorate increasing skeptical of what she professes to be.

Landrieu knows she votes as a liberal, as any voting scorecard will tell you, but a large portion of the voting public doesn’t know about those even as majority of them would reject her if they did. So her gambit has been to try to create the impression that she’s a political moderate, deviating from her party’s unrepentant liberalism on the issues that matter most to Louisianans. Further, she hopes to leverage that figment by claiming her seniority and experience gives her an advantage to any rank newcomer to the Senate (even though Cassidy will have spent six years in Congress by election day 2014), much like an aging prostitute tries to make up for the bloom being off the rose by enticing customers through tantalizing them that she knows a few tricks that the less seasoned girls don’t.

The only problem is, as she tries to build this sand fortress against her GOP challengers, Obama keeps showing up to kick it down. It’s bad enough that presumed show of independence is sabotaged by the fact she has voted with Obama around 97 percent of the time, a preference and  a figure more likely to stick in the casual political observer’s head, and that her indispensability argument keeps running into Obama’s famous intransigence that mocks the notion she has any special ability on the rare occasions that she does oppose his policy preferences to fight successfully for what she thinks is in Louisiana’s best interests.

This summer, it was over the issue of offshore oil revenue sharing, where she tried to cajole Congress into granting, among other states, Louisiana a greater share of government-collected royalties. Obama, who so far resists entering a 12-step program to cure his spendaholicism and thus needs every buck he can get for the federal government to blunt charges that he and Democrats are mortgaging away the country’s future, naturally opposed the deal. Cassidy had his own version of a bill on this that also did not get out of his chamber over White House opposition, but he’s not going around making Landrieu’s implicit claim that the ability to get things done, especially with a member of her own party in the Oval Office, outweighs any unpopular legislation backed.

And then there’s the Keystone XL pipeline project that not only could lower oil prices nationally, but also create jobs in state, and for which Landrieu has stumped as has Cassidy. Because of a Senate resignation, very soon Landrieu could take over in the final months of her term the chairwomanship of the Senate Energy and Natural Resources Committee, which could be a selling point for her in two ways: a vote for her not only puts her in position to continue in this influential post, but also it could well keep Democrats in control of the Senate, which is necessary for her to keep it, and hers is a seat almost certainly they must win in order to do that.

Problem is, for years now on the pipeline issue Obama has done his best Andrei Gromyko imitation and it continues to go nowhere as he uses every means possible to frustrate not just Landrieu and Cassidy, but congressional majorities and his neighbors of the Great White North as well. Despite yet another study coming back discounting any undue environmental risk from it, he may continue to stall on it to placate environmentalists until after the election. This exactly the testament that Landrieu does not want – she’s supposedly one of the most influential senators on this issue, yet she can’t even persuade a president of her own party to back her. If she can’t get anything done for Louisiana with all of that going for her, somebody new can only go up from there.

Worst of all, Obama is doing again to her – and this time in a way that helps Cassidy. This time it deals with the ramifications of the Biggert-Waters bill that last year changed the apportioning of premiums for the National Flood Insurance Program in a more actuarially sound manner. That had the effect of jacking up rates severely and in short order for some policyholders and depressing property values for others in the future.

Again, Cassidy and Landrieu, even as both voted for the bill, have worked to change this. To date, Cassidy has been more successful, getting as part of the budget a delay in some premium increases until later this year. Landrieu has proposed even greater rate relief that the Democrat-controlled Senate approved, although the Republican-controlled House leadership says it will not take up the matter.

And they have been facilitated in this position by Obama’s initial veto implication, much to Landrieu’s chagrin. Even with its removal, that’s all the cover GOP House leaders need to continue. Had he really wanted to help her, Obama’s White House didn’t have to signal approval; never expressing opposition would have done the job. In short, it creates the opportunity for his opponent Cassidy to look like he’s done more than his supposed allied Landrieu.

All in all, Obama’s actions have made Landrieu look like nothing more than a bootlicker that can do nothing on her own, repudiating her campaign narrative about how she is influential. Thus justifying the satirical speculation that Obama is down low with Cassidy on ideology. After all, from Landrieu’s perspective, with friends like Barry ….