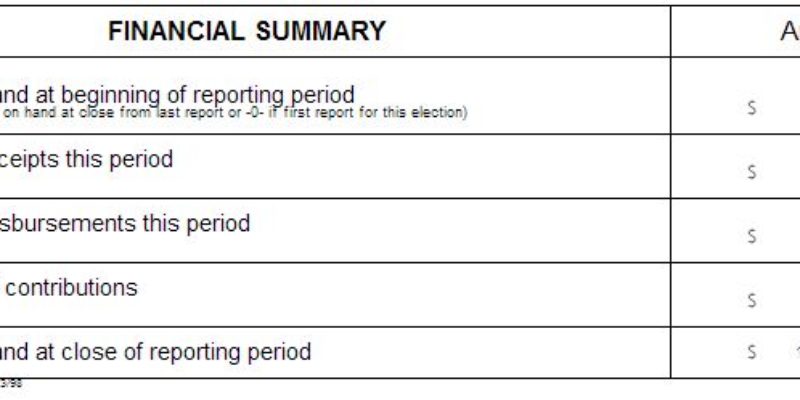 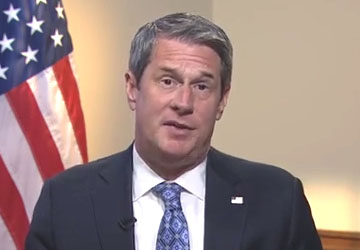 An e-mail from Sen. David Vitter to his list this morning has a fairly large number attached to it…

Exactly 20 days ago, I announced that I would run for Governor of Louisiana in 2015. I was very hopeful about what folks’ reaction to that decision would be. But I have to say–with real humility and enormous thanks–that my very hopeful expectations were FAR surpassed.

Wendy and I have been absolutely overwhelmed by your generous response. We’re so grateful.

And your support has been amazing in every category.

In just 20 days, our campaign has raised $1.36 million. This is the most generous outpouring of support I’ve ever experienced. Wendy and I are truly humbled and thankful.

In just 20 days, we’ve reassembled the core of our vibrant grassroots team in every one of our 64 parishes. And we continue to add volunteers, block captains, parish leaders, and others to that well-organized network every day.

In just 20 days, we’ve attracted many respected thought leaders and experts to help us. We’re actively soliciting bright ideas about building excellence in K-12 and higher education, creating good-paying jobs for today and tomorrow, and stabilizing the budget through spending and tax reform.

One assumes the $1.36 million Vitter is boasting of is in addition to the $1.5 million his PAC already had on hand before he announced his candidacy.

It isn’t likely to scare off Vitter’s top competitor for next year’s gubernatorial race, though, as Jay Dardenne filed a finance report on Friday with the Ethics Board which included a not-too-shabby cash on hand number as well…

Obviously, Vitter picking up $1.36 million in 20 days is more impressive than Dardenne building a $1.23 million war chest over the course of last year plus what he already had in his state account.

But since there’s a whole year before the 2015 governor’s race really gets started and the candidates will do nothing but raise money for that time period, we at least know where they’re starting from.

And by the by, we don’t have a filing to cover 2013 from state rep. John Bel Edwards, the Democrat in the race. As a rule, when candidates are slow in filing their reports it’s a sign that they haven’t raised a whole lot of money.

That’s likely true of Edwards, for a number of reasons. It’s also likely to be a lot more true in the immediate future since the state Democrat Party voted over the weekend to endorse the lawsuits filed by Jefferson Parish, Plaquemines Parish and the Southeast Louisiana Flood Protection Authority against the oil industry alleging various theories of environmental harm. Edwards isn’t on record as supporting the state party’s decision, though since he’s a trial lawyer and a good liberal one imagines he’s probably for it. It will be interesting to see what Edwards does there; he could probably pick up some trial lawyer money if he sticks to the state Dem line, but the oil and gas industry will come after him big-time if he does and he can kiss goodbye a lot of votes in places like Houma, Thibodaux and Lafayette which Democrats used to get back when they used to be able to win elections.