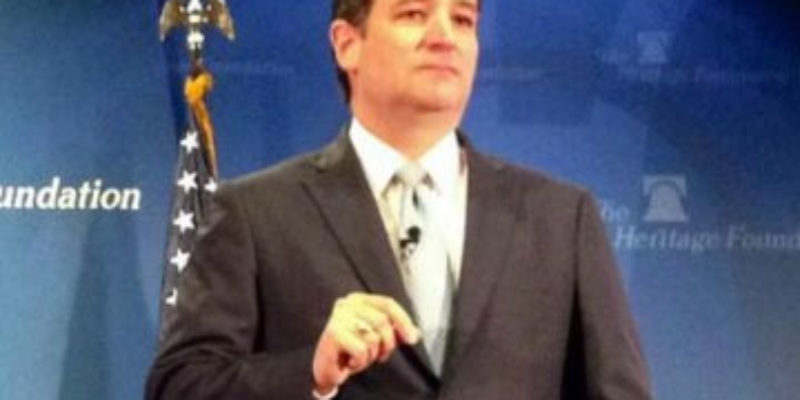 If our readers noticed that Thursday and Friday were largely barren on the Hayride, here’s the post to explain why: in New Orleans on those two days, the Heritage Foundation’s annual Resource Bank conference took place in New Orleans. Your humble editor was an attendee, and between the conference and a few meetings around it there just wasn’t much time for any blogging of major worth.

That said, there were several items of interest at Resource Bank worth passing along.

Among other things, Resource Bank is a get-together between the Heritage Foundation and a lot of the state policy think-tanks which exist across the country. There is something called the State Policy Network, which is an agglomeration of 60 or so think-tanks around the country – at least one in every state – which push free-market policies. Our readers ought to be pretty familiar with the Pelican Institute here in Louisiana, which is a member of SPN and played a hosting role of sorts for this year’s conference.

Resource Bank is more than just outreach to the Pelican Institutes of the world, of course. Attendees could be spotted from most of the major conservative policy organizations around the country. This was a confab of the Vast Right-Wing Conspiracy. Or, as several of the attendees and at least one speaker joked, “the narrowly-focused right wing conspiracy.”

It’s a collection of conservative policy wonks and political junkies.

What was interesting about the conference in an overarching sense is the extent to which Heritage, or the folks at Heritage who organized Resource Bank this year, have diagnosed the problems of the Republican Party and the conservative movement as political problems which come from cultural defeat. Perhaps the highlight of the conference was a speech given by Jeremy Boreing, a pastor, director, screenwriter and filmmaker who does punditry at Newsbusters, Breitbart and TruthRevolt, but perhaps most interestingly to our readers is Bill Whittle’s partner in Declaration Entertainment.

And Boreing, who is one of the principals in the Hollywood conservative group Friends of Abe you might have heard about, gave a loving castigation to the conservative movement for its inability to tell a story.

He focused on Star Wars as an example. Star Wars, Boreing said, is perhaps the most conservative movie ever made – which is ironic since it was made by an obnoxiously leftist filmmaker in George Lucas who, as Boreing noted, has spent all of the sequels to Star Wars apologizing to the Left for the original. Star Wars is about a farmboy from the planetary sticks who ultimately follows his dreams and achieves greatness by tapping into ancient wisdom and thus strikes a blow against a villainous, murderous and oppressive big government.

It’s an old story, and it’s perhaps the best story mankind has to tell. It’s the Hero’s Journey.

Another movie Boreing discussed was 300, which he said was the most important movie of the previous decade because of its shockingly unexpurgated glorification of masculinity. He noted you don’t get to see much of that anymore, and when it hit the screens the movie became unbelievably successful. It took a decade to make a sequel, and the sequel – which Boreing says isn’t very good – is an apology. The sequel has 90-pound women repeatedly beating the crap out of 250-pound men – so much for what made the original great.

Boreing wants to see conservatives engage in the culture, and produce art telling the story of the Hero’s Journey. He mentioned Whittle’s famous quote that while people remember George Washington for wearing waistcoasts and tri-corner hats and powdering his hair, what ought to be remembered about Washington and most of the other Founding Fathers was that they were the best-dressed, most fashion-forward people on the planet at the time – and if Washington was around today he’d be sporting a $3,000 suit and an AR-15 with a laser sighting. Boreing even suggested somebody do a 300-style depiction of the American revolution in order to re-infuse the pop culture with the American spirit and values conservatives defend.

Boreing’s talk, and particularly his message about how conservative storytelling and cultural efforts have got to improve to rival those of the Left, were really the talk of the conference.

But there was much more.

Several speakers made a point to challenge the notion that Republicans and conservatives are the home of big business. While it’s unquestionable that major corporations have historically been donors to Republican political candidates, it was said time and time again at Resource Bank that big business has zero problem with big government. Big government leans on big business to write its rules, and big business happily complies in order to close the market to newer, smaller and perhaps more innovative competitors. That was certainly true during the Great Depression, when the Roosevelt administration expanded government encroachment into the private sector in ways never before imagined in America, and it’s true now, when legislation like Obamacare and Dodd-Frank has all but destroyed small business’ participation in banking and health care.

But, of course, successfully telling that story is a problem.

Another problem, strangely enough, is funding. Heritage certainly has achieved a level of success in fundraising, but for all the Left’s blabbering about right-wing billionaires and the Koch Brothers, virtually everyone at the conference had the same story to tell: lots of great ideas, great passion and plans, no money to pull them off with.

And when the subject of the Koch Brothers came up, it was a common response at the conference that “Hell, we wish what they’re saying about us was true. Where’s all this Koch money we’re supposed to have?”

Most of the organizations represented at Resource Bank are underfunded compared to their counterparts on the Left (which generally speaking aren’t think tanks as much as political messaging shops), and there’s a “cultural” reason for that. Namely, that your typical conservative donor is a self-made millionaire who lives in a gated community on a golf course, like most highly successful people doesn’t watch much TV (or what TV he does watch is Fox News or CNBC or Bloomberg), probably listens to talk radio rather than a Top 40 station and is only barely plugged into social media. His friends are successful folks just like he is and the places he goes generally cater to people like him. His kids go to expensive private schools, or perhaps public schools in well-appointed, well-funded and well-run public school districts, and his church is full of well-heeled and well-behaved parishioners. He gives money to charity, but not much time; his time is spent working or on vacation.

He’s living the American dream. He’s living the way the vast majority of the country would choose to live if they had the skills and resources he has.

And that donor, since he has chosen, probably rightly, to insulate himself from the popular culture, thinks (or at least thought up until recently) that the status quo in America is really pretty good; after all, that status quo is the environment in which he made himself rich, and if it worked for him it ought to work for everybody. So when it comes to politics, what he wants is to buy politicians who will preserve the status quo.

The problem, which our donor has only just begun to realize, is that the culture and the political status quo he thinks is just fine is being eaten away. Because the Left’s donors aren’t just giving money to politicians. The Left’s donors either inherited their money rather than making it, or they have some great itch they can’t scratch and believe the only thing that will salve their wounds is Changing The World. So left-wing donors will fund every social-justice organization imaginable, no matter how poor their scholarship or destructive their policy prescriptions or dishonest their front men.

And those lefty social-justice organizations will conduct endless assaults on the culture, political and otherwise. They will engage with allies in the news media, academia and pop culture, and they will present united fronts to change public opinion on issues they care about – long-term projects which bear fruit over a generation while conservatives obsess over each electoral cycle.

This dynamic is only now beginning to get the recognition it deserves from people within the conservative policy community, which is terrific at producing white papers on tax policy or regulatory effects or military options to stop Iran from getting nukes but not so terrific at engaging Joe Schmo on why he needs to agree with us. And it might just be getting some recognition from the donor class.

Which is why the Left is in the midst of an all-out fight to strangle the funding of conservative organizations like the ones at Resource Bank. There’s a reason why Harry Reid won’t stop his hypocritical and fascistic attacks on the Koch Brothers and why the IRS is busy institutionalizing their persecution of conservative non-profits and why Republican and conservative donors report having been audited in such notable frequency. The Left knows that if the considerable conservative policy infrastructure can be supplemented or transformed into a cultural infrastructure, they will lose a colossal advantage and perhaps the future along with it.

Because at the end of the day, the Koch Brothers are fairly small potatoes in American politics compared to the Act Blues and NEA’s and AFT’s and AFL-CIO’s of the world. The vast majority of America’s biggest political donors aren’t people like Charles and David Koch or Sheldon Adelson; they’re unions – public employee unions especially – and charitable foundations run by the kids of dead industrialists. If that should ever change, the Democrat Party would retreat into a rump outfit capable only of competing in failing big cities and among the desperately poor.

There were two really notable speeches given at Resource Bank. The first was given by Louisiana Gov. Bobby Jindal on Thursday night…

This was, according to virtually everybody we talked to afterward, unquestionably Jindal at his best. He was funny, engaging, interesting, loose – all of the things people have criticized him for not bringing to the table as a speaker in the past. Sure, his detractors will probably howl at what they say are lies, but at the end of the day Jindal does have a good story to tell about Louisiana’s successes while he’s been governor.

It was a speech befitting a respectable presidential candidate. Whether Jindal is a top-tier Republican hopeful for 2016, as some claim him to be, or not is still up for debate – and in Jindal’s words it’s far too soon even to assess that since the Right has to win the midterms this fall and then capture the public’s agreement in the great arguments of the day in order to prepare the ground for a successful 2016 race no matter the nominee. Even so, more speeches like this one will make him a candidate worthy of attention.

Cruz is just as much a candidate as Jindal for 2016 at this point, and his message and style are similar in many respects. Cruz is perhaps better known as a conservative warrior than Jindal at this point, largely because he’s fighting against his own party establishment in significant measure. But both represent the archetype of Heritage’s model GOP leader – strong on national security, fierce defenders of policies like school choice, uncompromising in their desire for limited government, willing to demand major changes in government structure and unafraid to call out the Left for who they are.

Resource Bank was the kind of affair that would make Democrats’ heads explode. It was the Vast (or Narrowly-Focused) Right Wing Conspiracy in all its glory.