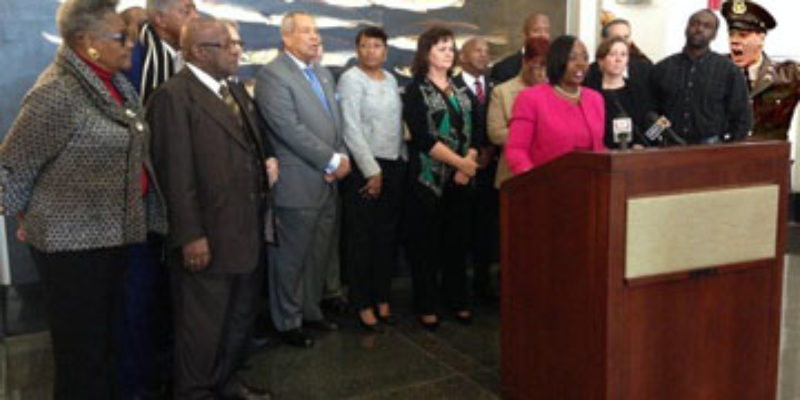 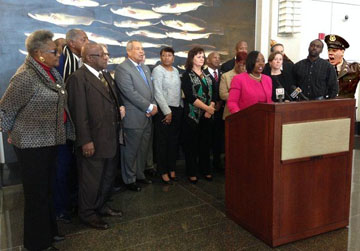 Editor’s Note: We could do analysis of this, but it’s pretty comprehensive and well-thought-out, not to mention it’s fun to watch a feast at the carcass. So…enjoy!

On January 16, 2014 supporters of the East Baton Rouge School System held a press conference condemning the Department of Education’s audit and pointing a finger at St. George for manufacturing a ‘false political stunt.’ The following are three quotes from that press conference.

Belinda Davis, President of One Community One School District: “All along Superintendent White has known that these allegations were false but he sat idly by while the academic integrity of OUR school district has been called into question.”

Representative Patricia Smith: “This is truly a coup. Someone has put false information out about the system and I believe it comes from St. George.”

BESE Member Carolyn Hill: “With the district that has made significant strides throughout this year and last year I will close as the BESE representative that the audit has been blown out of proportion. Our community deserves the truth and the fact is that there were no cheating allegations.”

The investigative audit by the Louisiana Department of Education was published by nola.com on Sunday, March 16. The audits findings were damning. A random 5% sample of High School student records were selected for review. Of the random records pulled over 25% had serious discrepancies and problems. Problems like students receiving grades they did not earn, credits for classes they did not complete and diplomas that qualified them for state scholarship dollars that they otherwise would not have been eligible for. Grades were changed. Credits for classes not taken were given. Diplomas were given to students who should not have graduated. Students that supposedly transferred could not be accounted for. The findings of the report were so significant that it has been turned over to the legislative auditor and the state inspector general.
The EBRPSS, One Community One School District, Together Baton Rouge and Residents Against the Breakaway have claimed vast system improvement as a defense against the St. George Incorporation’s effort to create a new city and a new school district. The findings of the Department of Education’s audit seem to ardently dispute that. The real losers here are the children who worked hard and did what they were supposed to do while the adults and keepers of the system have chosen to manipulate their way to improvement.

We formally ask for Belinda Davis, Representative Patricia Smith, and BESE member Carolyn Hill to issue a public apology to the St. George campaign and supporters for blaming them for this system’s neglect and corruption. Furthermore, we ask for the resignation of Superintendent Bernard Taylor and Deputy Superintendent Michael Haggan. We also ask for any school board member who was aware of or who may have participated in this scandal in any way to resign.

We urge our supporters to attend the school board meeting on Thursday, March 20th at 5:00pm and demand answers. We also ask for our supporters to  contact your state representative and senator, metro-council member, mayor, and school board member via email, person, or phone to express your disgust for this violation of public trust and demand answers. Remind them that they are elected by the people to ensure this type of scandal is incapable of occurring. Remind them that during their bid for reelection that history will remember how they responded to the single greatest scandal to ever occur in East Baton Rouge Parish or it’s school system.

Never has the Committee for the Incorporation of St. George been more resolute to finish our mission to create our own municipality and school district.