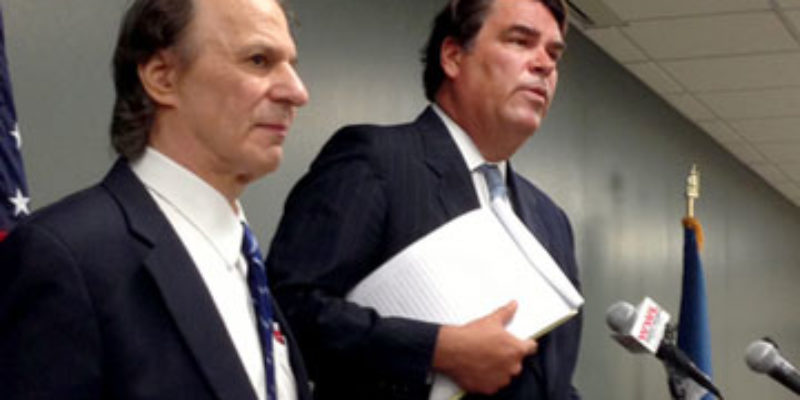 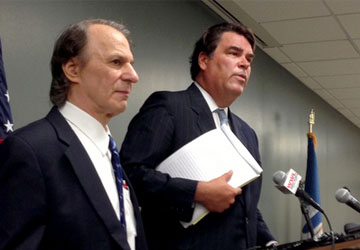 As this legislative session has proceeded, it has become completely obvious that the Southeast Louisiana Flood Protection Authority-East is not going to be able to carry through with its $8 billion lawsuit against 97 oil and gas companies for their role in “destroying” Louisiana’s coastline.

That oil and gas infrastructure has had an effect on the coast is recognized across the board; the question is whether that effect wasn’t already compensated for through royalty payments. The question is also whether a body which is an arm of the state can defy the will of the public as expressed through its elected officials and prosecute a lawsuit those elected officials oppose, while procuring counsel by use of contingency fees of highly dubious legality where arms of the state are involved.

As several bills addressing the SLFPA-E’s lawsuit have moved rapidly through the legislature – with ease surprising even the supporters of those bills – it’s become clear that the SLFPA-E’s efforts to reel in that $8 billion will never make it to a trial, and that securing settlement negotiations are clearly within the realm of fantasy.

Which means the contingency-fee trial lawyers doing the lifting on the lawsuit are seeing their 30 percent fees on that purported $8 billion vaporize. They’re beginning to fear the entire enterprise is going down the tubes. And today, they showed that fear – in the form of a press release offering to allow their clients to pay them Tuesday for a hamburger today.

Today the attorneys representing the Southeast Louisiana Flood Protection Authority – East (“SLFPA-E”) formally extended an offer to restructure their fees if the 97 oil and gas companies named in the suit will come to the table and negotiate a fair and equitable settlement in the case to accelerate the important work that needs to be done to restore Louisiana’s Coast.

“SLFPA-E filed this lawsuit in order to protect the lives, property, and culture of coastal Louisiana” said Gladstone Jones, lead attorney for SLFPAE.  “The oil and gas industry has used the rhetoric of ‘greedy trial lawyers’ to distract from the true facts of this case that show these companies played a role in the coastal erosion of South Louisiana.  This proposal puts an end to that distraction.”

The fee agreement between the firms and the SLFPA-E has been the subject of legislation that is currently moving through the Louisiana Legislature.  Governor Jindal, oil and gas lobbyists, and friendly legislators have used discussion of it to deflect attention from the core issue of the case – the land loss crisis facing coastal Louisiana.

In order to get that issue out of the way, the lawyers have made the following proposal:

The lawyers will agree to waive fees owed under the existing fee agreement with the SLFPAE with respect to any oil, gas or pipeline defendant named in the SLFPAE action that:

Gladstone Jones went on to say “We are in this with the citizens and taxpayers of South Louisiana.  It’s time for South Louisiana to see some leadership from the Legislature and the Governor that demonstrates a commitment to protect the lives and property of the good people of South Louisiana.  If these companies aren’t forced to fix what they broke, then taxpayers will be on the hook for billions. The Legislature should leave the third branch of government to do its job because evidence, not influence, should decide this case.”

Jones’ rhetoric – echoed by former SLFPA-E board member John Barry in a Times-Picayune op-ed yesterday – about how the suit saves money taxpayers would foot for coastal preservation by forcing the oil companies to pay it is an interesting bit of salesmanship, but it’s hardly believable – you can pay for the coast through your taxes or you can pay for it at the pump, because any money he gets from Big Oil (and Little Oil) out of this suit will merely be passed on to consumers anyway.

That aside, this offer has been termed a “ransom note” by critics of the suit, and for good reason.

Consider what Jones is offering here. He’s advertising that he’ll waive his fees owed under the agreement the SLFPA-E made with him which was of questionable propriety under the transparency laws and, in the eyes of many (most notably State Senator Robert Adley, the author of the bills that would kill the lawsuit), contrary to Louisiana’s policy interests. But in return, he wants the oil companies to show up to the negotiating table and bargain with him and his colleagues for their fees – or submit to arbitration for those fees.

You don’t have to pay the bills my client has already run up with me, under an agreement the legislature generally sees as illegal and is about to pass a bill specifically outlining it as such, so long as you agree to settle my case out of court and thus make my job easier  – and oh-by-the-way you’ve also got to agree to pay me to have sued you, or at least agreed to let a third party dictate what sum you’ll be paying me to have sued you.

It’s pretty entertaining stuff. One can imagine what the response will be.

The guess here is that response will be something like “That’s an interesting offer, but we’ll pass – because instead of agreeing to pay you we’ll just pass bills at the legislature, that Gov. Jindal will sign, which insure that you get absolutely nothing whatsoever. But we hope you have a nice day and enjoy this beautiful spring weather in Louisiana.”

The entire spectacle of this lawsuit has been grasping and sophomoric, and politicized to the hilt – particularly given that the Louisiana Democratic Party stupidly attached itself to the suit (which if Jones was actually worth what he expects to be paid he would never have consented to as a matter of strategy). Now that it’s on the verge of death, we get Jones scrambling to salvage what cash he can.

It’s a farce. It makes for interesting viewing, though. Make sure you’ve got fresh popcorn handy.