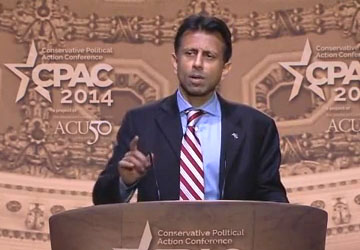 Nearly two years ago, after Mitt Romney’s presidential campaign went down to defeat, I gave some ideas in these pages about how Republicans can win future elections. On that list was an instruction that Republicans need to stop being the “stupid party.”

While it is true that we as Republicans need to do a better job articulating our principles and being the party of bold new ideas, the Democrats have a far worse problem. Democrats need to stop being the party that thinks Americans themselves are stupid.

To take one example: At a House Ways and Means Committee hearing in April, members asked Treasury official Mark Iwry if the Obama administration believed it could delay Obamacare’s individual mandate, much as the Treasury delayed the employer mandate.

Iwry’s response was stunning: “If we believe it is fair to individuals to keep that (individual mandate) in place because it protects them … then we don’t reach the question (of) whether we have legal authority.”

The level of sheer arrogance in that response boggles the mind. A Treasury spokesman later publicly disclosed the Obama administration’s official position: The federal government, namely the IRS, is requiring all individuals to purchase insurance to “protect” the American people from themselves.

Lest anyone think this attitude comes from anywhere other than the very top of the Obama administration, take the President’s own comments last October. In a speech in Boston at the peak of the controversy surrounding insurance cancellations, the President repeatedly derided canceled plans as “substandard … cut-rate plans that don’t offer real financial protection.” And he didn’t just insult the plans themselves, he insulted the people who purchased them: “A lot of people thought they were buying coverage, and it turned out to be not so good.”

In other words, if you like your current plan, you’re delusional—or a dimwit.

The President soon backtracked, and unilaterally waived portions of the bill he signed into law, allowing some individuals to keep their plans, temporarily. But while the President expressed regret for having engaged in what Politifact dubbed the “Lie of the Year,” he has not once apologized for the arrogant and patronizing attitude underpinning the entire controversy—one in which the President believes that he and his bureaucrats know better than everyday Americans.

Sadly, this attitude does not just pervade Washington liberals; it’s also right at home in my state of Louisiana.

In 2012, the executive director of a state teachers’ union claimed that school scholarship programs wouldn’t work, because low-income parents could not make decisions about their children’s education, saying they “have no clue.”

These comments perfectly illustrate the left’s double standards. Both President Barack Obama and Eric Holder—the attorney general who filed suit to impede our scholarship program but lied to Congress about it last month—choose to educate their children at elite Washington schools costing more than $35,000 per year.

But if Americans of more modest financial means—whose annual income may be dwarfed by the tuition fees President Obama easily pays for his daughters—want their children to escape failing schools, or buy the health plan they want, the left exclaims: “Oh no, we can’t let you do that.”

That’s exactly how The Nation magazine reacted to the health care alternative I recently endorsed. Responding to the plan’s new incentives giving individuals more choices and insurance options, its analysts claimed that “most people are not informed well enough (sic) to make the right choices about which plan to buy, what it covers, what it will cost them, and especially how to decide what care to seek.” That’s what The Nation considers an “epic fail:” allowing the “ignorant” American people to pick their own health care options.

I will readily admit that we do need to improve the transparency of health care cost and quality information. And of course in an emergency no patient in cardiac arrest will be able to “comparison shop” for treatment options.

But if The Nation, President Obama, or anyone else on the left thinks the American people are too dumb to pick a school or health plan, they should say so publicly—and in so many words.
Ronald Reagan famously quipped that the nine most terrifying words in the English language are “I’m from the government, and I’m here to help.”

I believe the best way to help is to empower citizens, trusting them to make good choices, not creating nanny states to “protect” individuals from themselves. As a matter of policy, giving Americans choice in schools and health care is simply the right thing to do.

And as a matter of politics, insulting voters’ intelligence is just plain stupid.