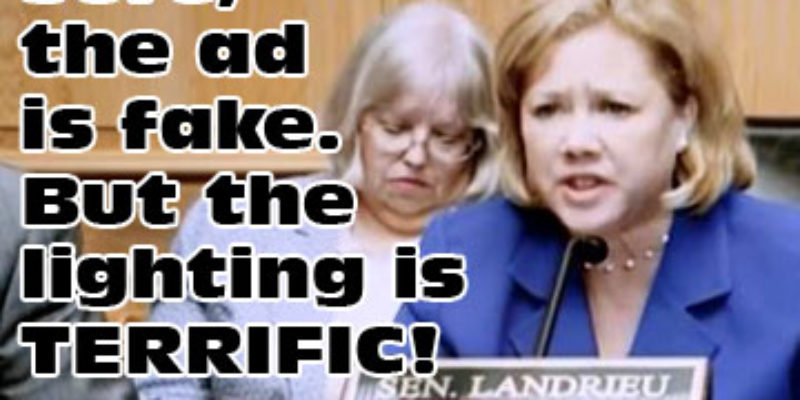 An ad about to hit the airwaves around the state from the folks at Keep Louisiana Working is taking a poke at Mary Landrieu’s new campaign spot about how hard she fights for the oil and gas industry, and it’s pretty brutal…

KLW isn’t going to unleash hell with this ad, as the media buy is only $180,000 for now. That’s enough to be seen but not drown the public in the message.

But the free media the message of Mary’s fake ad is getting will serve as a multiplier. Here’s the Today Show this morning talking about it…

There’s more bad news for Mary. Crossroads is out with a new poll that looks a lot like the other polls on the race, in that Mary can’t get out of the low 40’s and she’s getting beat in a head-to-head with Bill Cassidy.

And in the head-to-head, Cassidy is up on Landrieu 47-43, with 10 percent undecided.

That’s a big mountain to climb, and she’s not going to climb it when those right-wing nuts at NBC News are calling her first ad “pretty embarrassing.”

Interested in more national news? We've got you covered! See More National News
Previous Article LA Senate Candidates All Donated To Dems At One Point
Next Article Landrieu Dished Out Over $600,000 To Help Elect Fellow Democrats