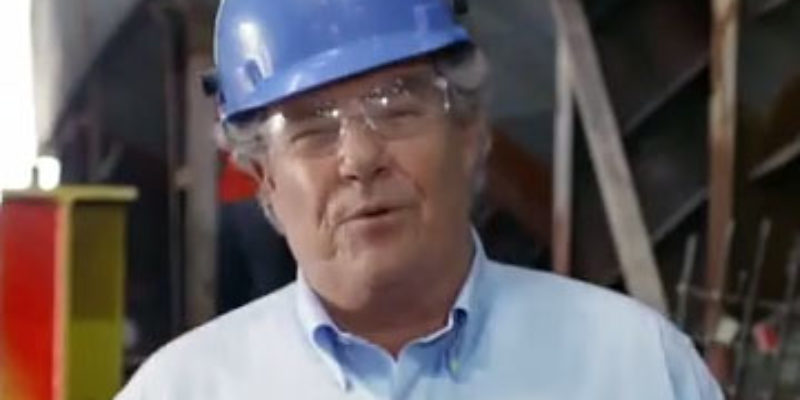 We all know that Boysie Bollinger, Republican donor and CEO of Bollinger Shipyards in Lockport, is a Mary Landrieu supporter.

And we all know why: Bollinger Shipyards makes Coast Guard cutters, and when you depend on federal contracts for your livelihood you’re going to do everything you can to stay in the good graces of the people who provide federal oversight of those contracts.

Mary Landrieu is on the Appropriations and Homeland Security committees, so she’s in a tremendously advantageous position to insure that Bollinger continues to get contracts to build those Coast Guard cutters.

Ergo, Bollinger supports Mary, just like he gives campaign contributions to lots of other Democrats who are on those committees.

It’s a bit sleazy, and it’s tremendously cynical, but it’s been reality for a long time.

Except now that Landrieu is in what increasingly looks like an uphill battle for re-election, and that means it’s not enough that Bollinger gives Mary a max-out donation or put out a press statement saying he’s for Mary.

Now, they’re making him cut a TV ad. And he agreed to do it.

What effect will this ad have? It’s intended to have the effect of bolstering Landrieu’s narrative that she’s a Democrat the working folks and businesspeople can vote for. There’s a counter-narrative, of course, which says that businesspeople have to pay protection money and dance on command if they don’t want to get clobbered by Democrats, and that Bollinger is happy to pay and dance because he’s a rent-seeker at the federal trough. Given that where Mary and other Democrat members of those committees aren’t concerned he’s a happy player of the role of Money-Bags, one wonders how aggressively the counter-narrative will be played.

Either way, Landrieu has her pet Republican supporter for this race, and he’s going to be made famous.

UPDATE: The Louisiana GOP jumps on the counter-narrative. Namely, Mary bought Bollinger with your money…

Just seven months ago, Mary Landrieu arranged for the star of her latest ad, Boysie Bollinger, to receive a federal contract worth $250 million.

The following is a statement from LAGOP Chairman Roger Villere:

“Mary Landrieu’s track record of coming through for ordinary Louisianans doesn’t stack up with what she’s done for her well-connected friends. Her persistent failures — even as President Obama’s energy chair — to stand up to her friend Harry Reid to advance pro-energy, pro-growth policies have cost Louisiana for years. She also failed to tell Louisianans the truth about keeping their doctors under Obamacare and has been a rubber stamp for an Obama agenda that hinges on more spending, more debt and more government intrusion into citizens’ lives.

“Voters are fed up with the failed status quo that Mary Landrieu has come to represent after 18 years in Washington, and she knows it. But instead of changing her tune, all she is offering voters is more of the same.”

To read more about the $250 million Bollinger contract click here.