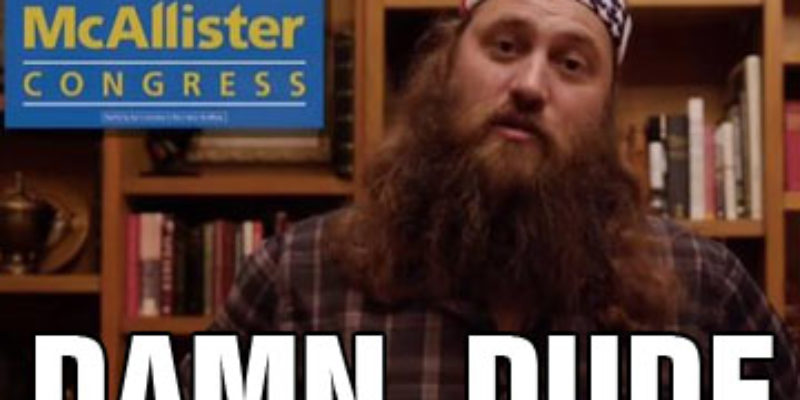 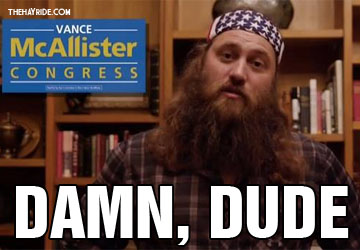 Since Tuesday night, Rep. Vance McAllister has dodged phone calls from Louisiana GOP chairman Roger Villere – and has rejected reports that Villere would ask him to step down.

Villere isn’t trying to reach McAllister behind the scenes anymore. Now he’s out in the open demanding a change.

“The Republican Party of Louisiana calls on Vance McAllister to resign his seat in Congress. Mr. McAllister’s extreme hypocrisy is an example of why ordinary people are fed up with politics. A breach of trust of this magnitude can only be rectified by an immediate resignation. He has embarrassed our party, our state and the institution of Congress. A video showing him engaged in conduct unbecoming a member of Congress, on public time, in a public office, with one of his employees, was the focus of the national press for days. I call on Mr. McAllister to put the interests of his nation, state and party above his own and step aside.

We are praying for Mr. McAllister and the families that are involved. I attempted to resolve this matter privately and directly with Mr. McAllister, but his chief of staff chose to make this information public. Therefore, I have chosen to release this statement today.”

McAllister’s situation is becoming more untenable by the hour. The media feeding frenzy is just getting started. Practical Politicking’s Tom Dougherty, in a piece tracing the peculiarity of Melissa and Heath Peacock combining for a max-out $10,400 donation to McAllister’s campaign last year resulting in her getting a 20-25K a year job as a scheduler in his congressional office, drew this conclusion…

If all this is starting to sound like a bad cross between a game of Clue and a daytime soap opera, then you’re beginning to see where the problems lie moving forward. The questions that are going to inevitably arise concerning the money trail, the staffer job provided to Ms. Peacock, and the optics of a candidate that ran on a “faith, family and country” platform now caught in what the media will morph into a “sex and money scandal” are simply too great to overcome.

From a pure politicking perspective there is no question about the appropriate next step; Rep. Vance McAllister should resign, today. There are far too many competitive races, and far too many important issues to be addressed and all McAllister remaining in Congress will do is give the media easy reasons to eschew those stories.

It’s impossible to get any semblance of control over the news cycle as long as there is sensationalist fodder like already exists and, in my opinion, will only become more damning. Rep. McAllister, you had an opportunity, you blew it and now it’s time to go home and get off the stage. The party and other Republicans need, and deserve, that stage far more than you do.

And then there’s Ouachita Citizen publisher Sam Hanna, whose paper broke the story. Hanna’s column this week might be the most brutal assessment yet…

It’s doubtful Congressman Vance McAllister has learned or will learn anything from being exposed for engaging in an extramarital relationship with a member of his staff.

At least that’s what appears to be the case in light of the stubbornness McAllister and his staff have exhibited since the congressman was exposed Monday by The Ouachita Citizen and its sister newspapers, The Franklin Sun in Winnsboro and the Concordia Sentinel in Ferriday. The expose’ of McAllister entailed video surveillance of the congressman passionately embracing and kissing his district scheduler, Melissa Peacock, in McAllister’s congressional office in Monroe. Of all places to engage in some hanky panky, McAllister chose an office that’s monitored by security cameras.

Maybe not as dumb as what McAllister said in an interview he conducted Monday evening with a daily newspaper in Monroe. In the interview, McAllister claimed he’s only had one affair in his life.

He should think again before making such a bold statement, for one never knows when evidence of another dalliance might bubble to the surface.

We weighed in on this earlier today here.