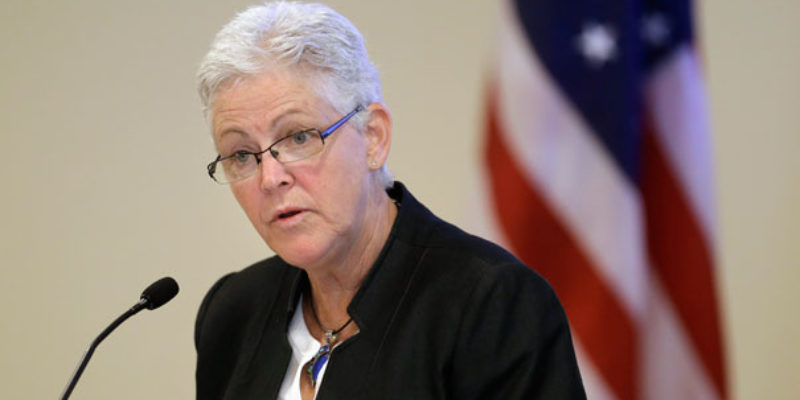 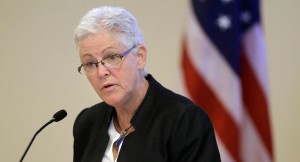 According to reports, a unit under President Obama’s political staff inside the Environmental Protection Agency (EPA) has been operating illegally as a “rogue law enforcement agency.” Because of this, the EPA has blocked independent investigations by the EPA’s own inspector general for more than a year, according to a top EPA investigator.

As the Associated Press reported, Patrick Sullivan, the assistant EPA inspector general for investigations for the agency, was supposed to testify before a congressional oversight committee about the EPA’s Office of Homeland Security, which is overseen by EPA Administrator Gina Mccarthy chief of staff.

The inspector general’s unit of the agency said the EPA has been obstructing investigations into “employee misconduct, computer security and external threats, including compelling employees involved in cases to sign non-disclosure agreements.”

“Under the heavy cloak of `national security,’ the Office of Homeland Security has repeatedly rebuffed and refused to cooperate with the OIG’s ongoing requests for information or cooperation,” Sullivan wrote in prepared testimony obtained by The Associated Press. “This block unquestionably has hamstrung the Office of Inspector General’s ability to carry out its statutory mandate to investigate wrongdoing of EPA employees.”

EPA Deputy Administrator Bob Perciasepe was expected to tell Congress that the agency’s employees work cooperatively with the inspector general and support its mission, according to his prepared testimony.

“Unfortunately, some have recently questioned the agency’s commitment to ensuring that the program offices within EPA provide timely, complete assistance to the Office of the Inspector General,” Perciasepe wrote in testimony. “I can assure this committee that the EPA remains committed to ensuring that our Office of Inspector General is successful in its efforts to root out waste, fraud and abuse in every program office across the agency.”

This new EPA controversy is nothing new for the agency itself or even the Obama administration. Just a couple of weeks ago, the secretary for the Homeland Security Department placed the former EPA inspector general on administrative leave after Senators said he was buddy-buddy “with senior agency officials and improperly rewrote, delayed or classified some critical reports to accommodate Obama’s political appointees.”

And, as the AP notes, last year the inspector general for the Defense Dept. removed information from a report that found that former Defense Secretary Leon Panetta wrongfully disclosed classified military information about the deadly Osama Bin Laden raid to a producer of the blockbuster hit “Zero Dark Thirty.”

Former EPA Administrator Lisa Jackson, a native of Louisiana, was accused of violating federal record laws when she used a private, alias email account to conduct official business for the agency, including emailing a lobbyist.

Jackson, who later retired from the agency as she was beginning to be investigated, used the email account “Richard Windsor” and was caught telling lobbyists to email her at her private email account and not her EPA public email, saying “P.S. Can you use my home email rather than this one when you need to contact me directly? Tx, Lisa.”

At the time, conservative Louisiana Senator David Vitter led the charge against Jackson for her misconduct, saying Jackson was the “biggest culprit” of skirting around transparency laws.

“Even with EPA’s recent promises to review and revamp its email practices and policies, the mere fact that the agency’s Administrator was trying to circumvent ‘sunshine’ laws is a huge red flag for the effectiveness of the agency and the Administration,” Vitter continued. “There is a statutory obligation to preserve and not destroy agency communications, and I hope that Ms. Jackson will take the appropriate steps to ensure all her communications during her time as head of the agency are properly preserved.”

So far, the Obama administration has not reacted to the claims that the EPA is obstructing independent investigations.