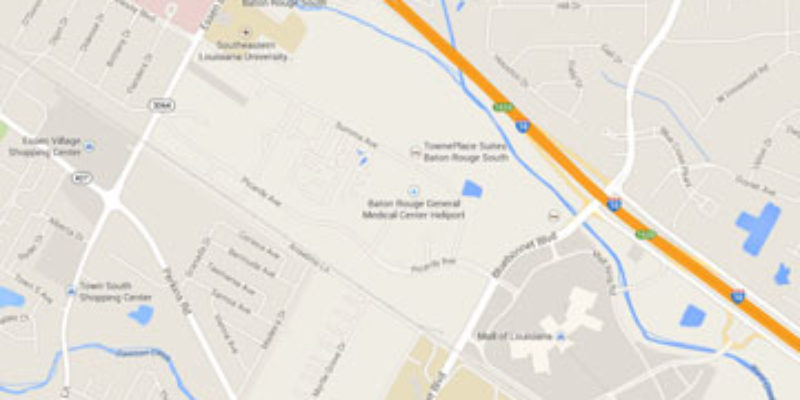 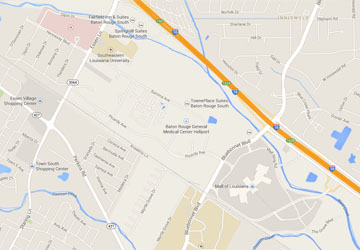 Two weeks ago in these pages, we covered the possible effects of the city of Baton Rouge annexing the Mall of Louisiana on the potential incorporation of a new city (St. George) in the southern suburbs of East Baton Rouge Parish. Our analysis was that annexing the Mall would largely be a wash from a budgetary standpoint, but the incentives to the new city with the Mall sticking with Baton Rouge would make for a rather adverse future for the retail center given all the open land in St. George available for development as a competing mall.

We stand by that analysis, but we – and lots of others – missed something crucial. Namely, that territorial annexations by the city of Baton Rouge at this point in time can strangle the St. George effort before it even reaches the ballot.

Why? Here’s Lionel Rainey, the spokesman for the St. George organizers…

“This could stop everything,” says Lionel Rainey III, spokesman for the group leading the incorporation effort in the southern portion of unincorporated East Baton Rouge Parish. “This could invalidate the whole petition process and deny over 70,000 registered voters the right to vote on this issue.”

St. George incorporation organizers fear the annexation requests, which were filed late Friday, will invalidate the signatures they have been collecting since last fall. That’s because the petition, by law, includes a map of the existing city limits as well as the proposed new city. Those boundaries will change if the mall and hospitals become part of the city of Baton Rouge.

“A judge could rule that that petition is invalid because it doesn’t have the accurate boundaries,” Rainey says.

Indeed. The St. George petition is based on city limits as of the time it was begun. Changing those city limits would mean you’d have to start over.

And while nobody among the St. George organizers is talking at this point about how many signatures they have, they’re either over the threshold required to get the incorporation to the ballot or they’re close. Why do we know this? Because despite all the whistling past the graveyard Kip Holden and the downtown crowd are doing, they wouldn’t be scrambling to annex territory and throwing obnoxious bills into this year’s legislative session if they didn’t see a real threat those organizers would get St. George to the ballot.

And as long as those organizers have been at this, and as busy as their sign-up tables have been – we’ve personally seen them doing brisk business on more than one occasion – you can hang your hat on the likelihood they’re going to be turning signatures in soon. As in, very soon.

But they’re going to have to hurry. Because late last week the Mall of Louisiana, Baton Rouge General Hospital and Our Lady of the Lake Hospital filed annexation petitions with the Metro Council. Baton Rouge General and OLOL are necessary, because without the property they own between Essen Lane and Bluebonnet Boulevard you can’t get the Mall into Baton Rouge. Annexations can only be of contiguous territory, and without building a bridge to the Mall it’s not contiguous. So now there’s a race on. The Powers That Be in Baton Rouge need seven members of the Metro Council to vote yes on the annexations; if they get those seven votes, they can kill St. George.

To call this a shady arrangement might be charitable, but it’s a real possibility. Right now they have six votes. They have the five Democrats and John Delgado, the worst Republican politician in the state.

But the other members of the Metro Council are, so far, not on board. A couple of them are downright vocal about it. Here was Buddy Amoroso yesterday…

“I can not remain silent any longer. The issue of St. George, Louisiana has always been about the children and education and has been a pure example of a democratic exercise. Attempts to short circuit the process through political trickery is wrong. The attempting to annex the Mall of Louisiana is nothing less than political trickery. As of today I am all in for the City of St. George.”

That was news, because while Amoroso has been friendly to St. George for a while he hadn’t openly come out in favor of the incorporation before yesterday. The annexations pushed him over the edge.

But then, last night, Ryan Heck put out a statement reminiscent of his much-discussed Hayride post of a couple of weeks ago…

Ask yourselves. Maybe they’ve got something in the water over there? Maybe there’s something romantic about those areas that we don’t have?

The answer is right in front of us. The kids of BR now live outside this parish. Why? Mom and Pop moved because they have better public schools. Period. Ask any person who moves out there. I ask people everyday where they are from originally. Cops, firemen, pipefitters, welders, operators at Exxon, engineers, architects, nurses… Why’d they move? They all say the same thing. Schools. It’s a one word answer that cannot be denied.

You’re destroying the middle class in this parish, and continue to do so at a breakneck pace. A great deal of them now reside in Ascension and Livingston Parish. Thank heavens for Baker, Central and Zachary. Without them, we’d surely be lost. But that’s right, you fought them too when they tried to create their own school system. Day by day, people pack up and head out of this town to seek a quality public education for their kids, because let’s face it… Not everyone gets a free lunch over here in regular people land. They have to pay for theirs and yours. Mom and Pop don’t get a TIF courtesy of the power elite who wave checks at the Metro Council. Mom and Pop are just trying to pay the house note and private school tuition for their 3 kids. They don’t get waivers, exemptions, or property tax abatements courtesy of specially designed programs for the affluent and powerful. Government is supposed to be the lobbyist for Mom and Pop, but we ain’t been doing the job so well.

The secret is out. The game is exposed. Too many people now realize that this town is run by a small group of elite businessmen who have teamed up with the Poverty Pimps that control votes with an endless supply of 5 dollar bills and even more empty promises. I’m not kidding. Look at the memberships of these entities. Its all the same people. They just create another acronym, here and there, in the guise of a non-profit. As if!

I hope you are all real proud of this moment. This moment, where you are choosing to take an action that will negate the legal rights of thousands of residents to vote their conscious on whether or not they are to become a new city in this parish.

You may well stop this petition, but there will be others. Here’s what you fail to realize: This movement CANNOT be stopped. It’s a natural response to the years and years of failed government here in EBR – not specifically this administration, but the governments of the past 100 years. If you successfully stop this petition, you’ve only just postponed the inevitable.

Heck is officially the Black Sheep of the Metro Council at this point. Nobody in elected office has ever called out the Baton Rouge Establishment like this before.

But then, the machinations and legerdemain of that establishment never quite been as naked as it is right now.

This issue is coming to a head. Get ready for outright war among the Metro Council over the next few weeks as the mayor and the downtown elite look for the seventh vote to move those annexations forward in an effort to kill St. George, while their opponents argue that if the Mall and the two hospitals offering a bridge from Baton Rouge to it want to be annexed, that’s fine, but not at the cost of destroying the right of 107,000 people to form their own city if they choose to.