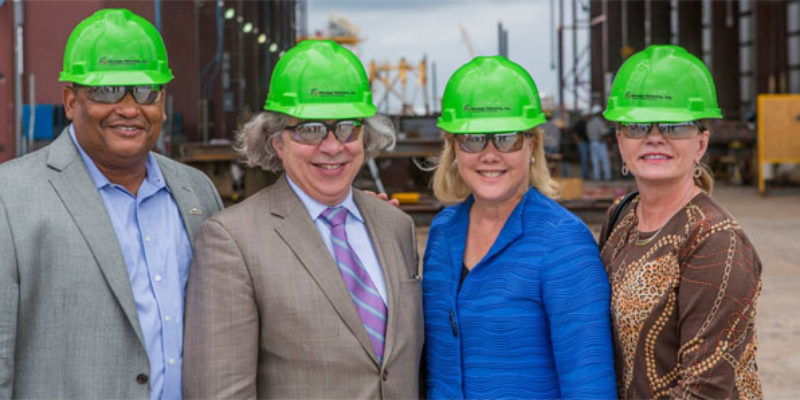 Not sure how else to characterize this. Fox News’ writeup of the EPA release…

The Obama administration took aim at the coal industry on Monday by mandating a 30 percent cut in carbon emissions at fossil fuel-burning power plants by 2030 — despite claims the regulation will cost nearly a quarter-million jobs a year and force plants across the country to close.

The controversial regulation is one of the most sweeping efforts to tackle global warming by this or any other administration.

The 645-page plan, expected to be finalized next year, is a centerpiece of President Obama’s climate change agenda, and a step that the administration hopes will get other countries to act when negotiations on a new international treaty resume next year.

“We have a moral obligation to act,” EPA Administrator Gina McCarthy said, in announcing the plan Monday morning.

The Obama administration may or may not recognize that there is some activity percolating in the manufacturing sector because of the fracking revolution and the cheap energy it’s bringing to the market.

Wait, no – they do recognize it. They’re just not very impressed…

The booming oil industry has been one of the few bright spots in an otherwise sluggish economy, but Energy Secretary Ernest Moniz says that the days of fossil fuel are numbered as the administration focuses on climate change.

Mr. Moniz, who spoke during Democratic Sen. Mark Udall’s energy forum at the Colorado School of Mines on Friday, said the increase in oil production “has had enormous economic benefit” by boosting the economy and helping correct a lopsided trade imbalance.

“I want to emphasize: The increase in oil has been again a great boom economically, lowering our imports, but we are focused on lowering our oil dependence,” said Mr. Moniz.

How cheap does natural gas become when the whole power grid depends on it because coal is done away with? That’s an interesting question.

“This rule is all pain, no gain,” Vitter said. “American families and businesses will have to shoulder all the costs and burden from this rule without contributing to any significant reduction in global carbon emissions. It’s cap and trade all over again – but this time without giving the American public a voice to vote on it in Congress. This rule is just a payday for President Obama’s friends and political allies.”

This rule is expected to have a less than 2% impact on carbon emissions reductions because it will not impact the world’s largest carbon emitters like China, India, and Russia. However, the rule will impose less reliable electricity with much higher prices on all Americans.

Last week, the U.S. Chamber of Commerce released a report showing how a rule such as the one released today would decrease a family’s disposable income by $3,400 through 2030 and reduce annual household income by $200. The report also estimates a loss of 224,000 jobs per year between 2014 and 2030.

“When will the President care as much for the American worker as he does about his notions of climate change? The GDP decreased last quarter, the number of unemployed Americans is too high and families are struggling. The Federal Government should focus on creating jobs. Instead, President Obama is proposing regulations that hamstring the economy, raising utility costs for families and destroying tens of thousands of jobs. I will continue to push back against EPA over-regulation and fight for pro-growth energy policies that will help, not hurt, Louisiana businesses and families.”

President Obama is using his executive authority under the Clean Air Act (CAA) to impose a cap-and-trade policy to cut greenhouse gas (GHG) emissions that he could not get through Congress.

President Obama’s Climate Action Plan, written by the EPA, will require deep cuts in carbon emissions from existing power plants, including 25 percent by 2020 and 30 percent by 2030.

These cuts come on top of the EPA’s previously proposed regulations that would require new coal plants to install carbon capture and storage technologies that are not yet commercially available, effectively banning the construction of even the most state-of-the-art coal-fired plants.

According to the Chamber of Commerce, the latest proposed regulations would lower the nation’s Gross Domestic Product (GDP) by $51 billion. This could result in an average of 224,000 jobs lost every year through 2030. For the region encompassing Louisiana, GDP growth would be curbed by $8.2 billion, costing 36,000 jobs. There would be $36 billion in new expenditures, which would be passed on to customers, potentially driving up electricity prices.

As for Mary Landrieu, we haven’t heard much yet. But on Wednesday there was this on her Facebook page…

Yesterday, I took U.S. Department of Energy Secretary Moniz to see Louisiana’s proud energy revolution and discuss how we can continue to invest in our infrastructure to create high-paying jobs right here along America’s Working Coast while protecting our wetlands. The Coast on Call tour took us from New Orleans along the Mississippi River, then down to Port Fourchon and over to Port of Iberia. These energy ports supply the rigs in the Gulf with the equipment they need to produce the energy that powers our nation. I wanted to make sure Secretary Moniz saw the growth and scale that our state supports so he understands the real need we have to build and maintain the infrastructure that allows these ports to grow and create high-paying jobs for Louisianians.

So Moniz goes to Colorado and says the administration is focused on getting the country off oil (which we can probably take to mean gas as well), and today the administration formalizes its declaration of war against fossil fuels, and in the meantime Mary brings him down to Louisiana for a photo op to show off the facilities at Fourchon.

Louisiana’s future isn’t quite as imperiled by today’s announcement as is, say, Kentucky – where today’s events should serve as the best thing ever to happen to Mitch McConnell. But one has to once again question Landrieu’s claims of having “clout” in Washington when the Obama administration would release such a crazy plan in the midst of an election year while she’s the chair of the Senate Energy Committee.

Interested in more national news? We've got you covered! See More National News
Previous Article BRIGGS: The Legislature Has Killed The Levee Board Lawsuit
Next Article Cut It Out! EPA Cutting Carbon To Combat Global Warming