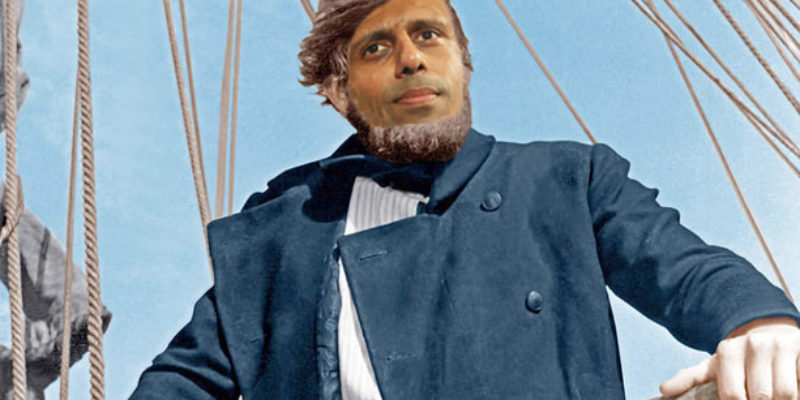 Would it be so bad if Gov. Bobby Jindal on his quixotic quest to eliminate Louisiana’s participation in the Common Core State Standards would just simply declare victory?

He specifically, but including as fellow travelers a few legislators, a couple of members of the Board of Elementary and Secondary Education, and many union officials, suffered a defeat at the hands of 19th District Court Judge Todd Hernandez when the jurist agreed with plaintiffs enjoining enforcement of Republican Jindal’s two recent executive orders that had the practical effect of greatly interfering with administration of tests in a few months aligned with the Common Core State Standards. They argued that these orders could not apply because there was no evidence of wrongdoing in contracting for the exams and thus over this aspect of educational policy otherwise Jindal’s Division of Administration had no authority. Hernandez wrote that any trial following the injunction would be likely to go the plaintiffs’ way.

Superintendent of Education John White said that, with certainty seemingly assured over testing now, the harm of lack of ability to know for which kind of assessment to prepare, the results of which have many consequences such as in teacher evaluations and school accountability, was negated and use of these tests would be scheduled. The governor’s office vowed to appeal, bitterly complaining that the court took the plaintiffs’ argument “hook, line and sinker.”

Perhaps, but the ruling seemed judicious: Jindal’s office alleged the contracts and the process to get there was flawed, but no evidence was presented that showed that, the law says the state must use a testing regime based upon national standards, and the Constitution and law say that the Department of Education was in charge of implementing that. It’s possible, absent any demonstration of malfeasance in the whole process, that a higher court could award a far more expansive authority to the governor over education policy, as written by the Legislature, and over implementation of that, by DOE, but it would take an unexpected act of judicial activism to do so.

Much speculation has arisen over Jindal’s about-face on the issue, with the most often proffered explanation being that he has ambitions on higher office and presenting himself forcefully as a leading CCSS opponent can win crucial backing nationally to help achieve that. But one wonders, with this outcome, whether things have gotten to the point where continued resistance after this point does more political harm than good.

Battling against the odds in this kind of situation can create two political benefits. First, it shows that a politician has conviction and is willing to fight for it. Second, it can serve as a marker for the effectiveness of the politician in translating conviction into policy. But it also carries two costs; first, that this battle overshadows other policy successes, and, second, it can raise questions about the prudence of that politician.

At this point, with majorities in all other centers of power against him, all Jindal can depend upon to prevail is audacious judicial activism. Fighting on because you are convinced you’re right is admirable, but at the same time demonstrating conviction and conviction alone is not a great strategy to attract public support, especially when the target audience, the Republican electorate, is more conservative. After all, relying on conviction to justify policy is a characteristic of the political left, where emotions and “good” intentions behind acts count far more than conceptual critical thinking and evidentiary data analysis (because the exercise of these produces invalidation of the core principles of liberalism) when it comes to formulating policy.

Yet the real potential political cost comes from devoting so many resources to carrying out this conviction that it subsumes other policy preferences, and particularly the successes of them, and makes it more difficult for the public to know of and understand them. Should Jindal continue to fight on through appeals but fail to win, to the nation in the area of education policy he will be known more as the guy who fought and failed, even if courageously, Common Core. Largely forgotten will be he was the guy who built upon the state’s charter school system, who instituted one of the most comprehensive voucher systems among the states, and who brought meaningful teacher evaluation and tenure rules and therefore hope for system improvement over the strenuous objections of special interests invested in a system built more to benefit them than children.

Those are real successes, as the passage of time and accumulation of data continues to demonstrate, and as a set of qualifications for an elective job are appealing to voters, especially among Republicans. Yet few will associate these with Jindal should he continue the anti-CCSS quest, with that crowding out these as far as his public image on education goes.

Making continuation even less compelling is that while much passion may surround CCSS, particularly in its opposition, in the larger policy universe it’s really just a minor issue. A revealing study shows that not only does a majority of the country not really know anything about CCSS, but that of those that do less than a majority of them know anything substantial about it, meaning only a fifth know anything about it beyond headlines. Overall, more support CCSS than oppose. But it also showed that much larger majorities support Jindal’s positions on charter schools, vouchers, and teacher accountability. From a political perspective, why is Jindal focusing so much on an issue that promises the least political payoff?

However, from this perspective Jindal may think he can’t afford not to win the battle, in that people will not want to support an executive who cannot put his ideas into policy. Certainly, guys who can get things done are preferred by voters. However, they also recognize that tilting at windmills gets old and makes them question whether use of the office’s resources in that way really accomplishes anything or prevents accomplishment of other important objectives. And to drive on but to end up failing in an environment where your typical allies (a Republican-led Legislature and Republican-led BESE) control the levers of policy in that area in opposition to you casts doubt on managerial competency, in that you can’t seem to lead well enough to get nominal allies to agree with you. The longer that contrast is allowed to ferment in the mind of the public, such as by continuing to appeal the court decision, the greater the erosion of belief in Jindal as a leader will occur.

Again, the situation is such that keeping on fighting, unless it ended in an improbable victory in stopping CCSS implementation in Louisiana, is likely to cause more political harm to Jindal than good. From that political perspective, the best thing for him to do is to say that he still remains convinced that CCSS is bad policy, that he will continue trying to persuade the majoritarian branches of state government to drop it (with his getting legislation proposed next year to do it), that he will continue to speak out against it, that he has done whatever he could to halt it and thinks that his actions to this point have encouraged education about the issue and triggered a change in public opinion that he thinks will culminate into its repeal, but that this day has not come. He can talk about how he fought the good fight and will keep at it, but that his current arsenal has been exhausted yet that he’ll be back and all the way to the end of his term. By doing this, he will acquire admiration, even if grudgingly from some, who are passionately opposed to CCSS, without unduly alienating its supporters or those scratching his head about why he’s getting so worked up over something of such minor importance.

Whether he’ll do it is another matter. Perhaps he has all of the fervor of a recent convert who will go to the wall and sacrifice everything to try to win. But that route almost certainly will cost more that he can gain.

Interested in more news from Louisiana? We've got you covered! See More Louisiana News
Previous Article Anonymous Is Calling For A Nationwide Day Of Rage Today, Including In New Orleans
Next Article Vitter: Obama Is Releasing Illegal Alien Criminals In Louisiana