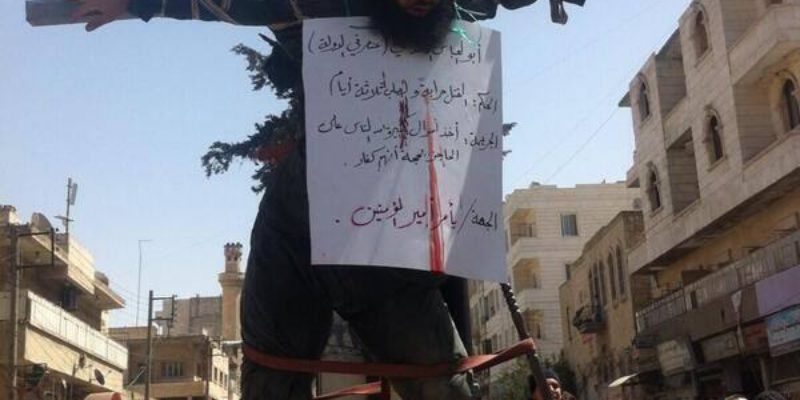 Obama has, from the start of his administration, continually REFUSED to admit Fundamentalist Islam has moved past the idea of merely inhabiting Jerusalem as they did in the in the early seventh century. They have accepted the Mohammedan commandment the faithful MUST convert the infidels. Infidels are defined as anybody not them. All others must be subjugated (as in enslaved) and/or taxed, but no matter what, they must be controlled until they see the light or get the chance to walk into that light at the hands of a blade wielding assassin.

These people, like all fundamentalist whack-job religious sects claiming legitimacy based on either their personally defined book of scripture, exclude interaction with other people lest they become the recipients of extended knowledge. They fear the chance they may be proselytized as they would proselytize others. Therefore the history (religion) follows an oral recitation with selected readers and interpreters writing down what they think the oral history says and means rather than having been recorded by an illiterate goat-herd named Mohammed. His wisdom is proclaimed by his followers but many of us just don’t see it as wisdom.

Obama obviously is either too stupid to recognize (or as many of us feel-duplicitous) or is engaged with the socio/religio/political movement Islam to deal with it as assertively as they engage western secular states. This isn’t a matter of negotiation with these people. There is NO compromise unless we do it.  They give NO ground and enforce the understanding of their rabid sincerity to their cause with journalist’s slit throats and crucified Christians’ remains rotting in the open.

They are no less than barbarians.

Fundamentalist Islam is NOT a religion of peace. It is a barbaric ideology expanded upon by bigots and racists spouting the words of a man suspected for his self-indulgences and the perceived criminality of his acts. Where justice is based on the humanity one brother may show another while in ideological opposition, Fundamentalist Islam declares the one is permitted to kill the other if it’s felt it’s in Allah’s service. To them that’s justice. To them; Only THEY know what God wants.

Religion isn’t something I adhere to. Many congregations have a sense of “group-think” allowing them to distance themselves from others because of the purity of their cause. Instead of being in awe of the Almighty and maintaining subservience to the Higher Power, religion allows for self-serving interpretation and extrapolations derived by personal analysis and reflection. If there’s too rigid an adherence to the words quoted they may be accepted as being harsher than people can understand. As an example it says in Leviticus 24:20 “a fracture for fracture, eye for eye, tooth for tooth. The one who has inflicted the injury must suffer the same injury”. In Islam, the worst crime is to not proclaim Allah and his messenger Mohammed as the liege and lord both on earth and in paradise. That makes for a lot of toothless blind people made dead in the name of Allah.

Obama won’t see this because of his instruction in Islam. His political discourse is a parallel study developed from Marxism as filtered through Socialism and Communism. Socialism and Communism follow proven tactics taught in Fundamentalist Islam: duplicity, lying, misrepresentations of intent and drive as well as masking true goals and challenging the opponent with acts of derision, divisiveness and ridicule. Obama is a master of Fundamentalist Islamic/Alinskyist tactical engagement.

He believes his ends justify his means. His ends apparently are to change America into the western Mecca where Islam reigns under Sharia law and the fiery rhetoric of the Koran burns the bible. For this he expects to be known in history as the man who brought prosperity to America, the New Mecca through the edicts of Islam and the joys of Socialism. His inaction is crippling America.